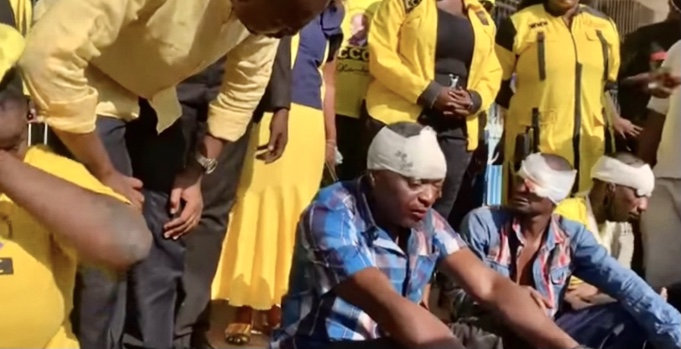 On 27 February, a machete-wielding gang appeared at Mbizo 4 shopping centre in Kwekwe, where the political opposition movement Citizens Coalition for Change (CCC) was holding a political rally.

The gang’s efforts to prevent people from attending the rally soon turned violent. Mboneni Ncube, a 30-year-old man and supporter of the CCC, died after being stabbed, while at least 22 others were seriously injured.

The gang allegedly used not only machetes but also beer bottles, iron bars, spears and bricks to attack supporters while Nelson Chamisa, the leader of the CCC, was giving a speech.

On 26 February, Zimbabwe’s Vice President, Constantino Chiwenga, sent a warning to the CCC, saying the ruling ZANU-PF party would “crush the party like lice”.

Amnesty International said this assault bears all the hallmarks of a pre-meditated attack that aims to intimidate political opposition and block access to their constituents ahead of the upcoming by-elections in March.The human rights organization urgedZimbabwean authorities to open an impartial, independent and transparent investigation into this attack.