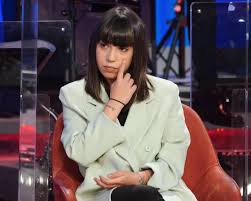 The story of Malika Chalhy, the 22-year-old from Castelfiorentino who was humiliated and thrown out of her home by her parents for having committed the “very serious sin” of falling in love with another girl, made its way all over Italy gathering much solidarity and all kinds of support. Many celebrities spoke out for her including Maurizio Costanzo, who invited her to his TV show, Elodie, Vladimir Luxuria and Fedez.

“I’ll slit your throat”, “We’ll kill you if you come back. I’d rather spend 50 years in prison than have a daughter who is lesbian”… this is what her parents and brother, Samir, said to her. A story filled with cruelty. But what’s even more upsetting is that many people, the so-called “keyboard lions”, once more left out the pain and threats the girl underwent and fielded the usual populist polemics. In fact, in addition to the great solidarity and support for the girl, the attention is now focusing on Malika’s family’s origins and religion. Currently, this is all the web is talking about. All you have to do is do an Internet search to find that the photos posted on Samir’s Facebook profile (Malika’s brother) are of the women of the Chalhy family wearing a Hijab. You can also find her father Aberrazak’s origins; a second-generation Moroccan who immigrated to Italy years ago. The message is clear: Islam is to blame. I can already imagine the next comments about Muslims who want to remove crosses from schools, of abused women forced to wear a Hijab, of kamikaze attacks, etc. I just want to say one thing to these people; the problem isn’t that Malika fell in love with a woman. The problem isn’t her family’s religion. The problem isn’t the origins of her father. The problem isn’t the women wearing Hijabs. The problem is wanting to forget the pain Malika underwent just to make space for stupid ideologies that destroy rather than construct.

In 2021, while the pandemic is still in course, people on the web, notwithstanding all the problems we have to live with in this particular unprecedented moment in history, still have the time and need to bring out the worst in themselves. I was expecting much more of right-wing voters who were demanding fairness and rules but who did not respect the rules during lockdown and in red zones.
I won’t add anything else. But I’d like to close with a question: Malika Chalhy is Moroccan… So?