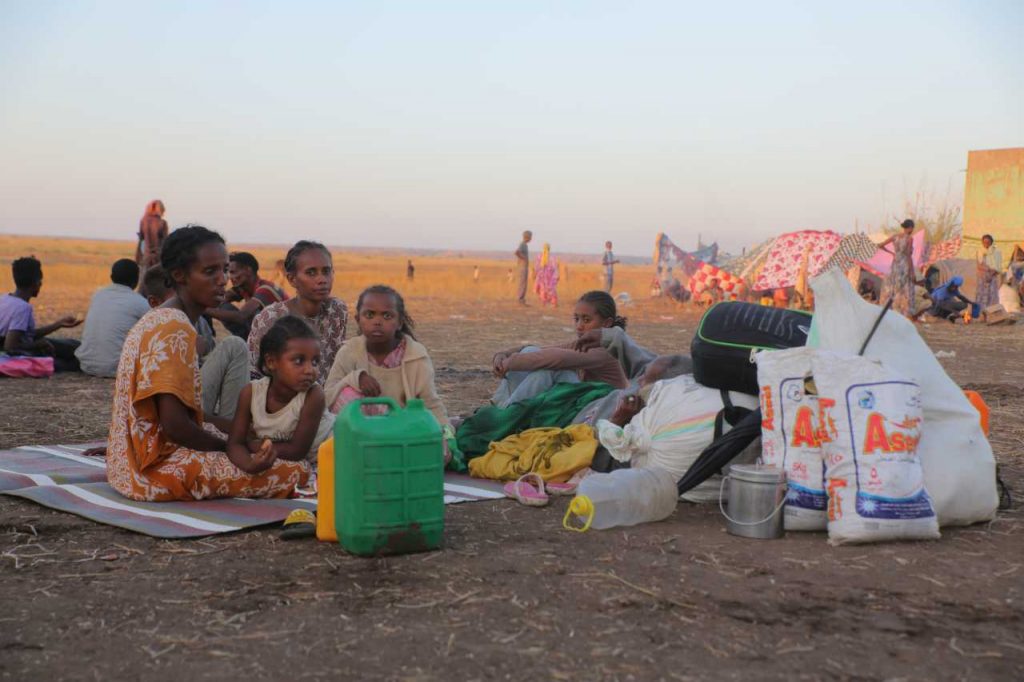 In Tigray the situation is getting worse: hunger is used as a weapon of war.
Yesterday, 15 April 2021, during a closed-door meeting in Addis Ababa requested by the United States in Addis Ababa, Mark Lowcock, UN Under-Secretary-General for Humanitarian Affairs issued a shocking assessment on the humanitarian crisis in Tigray.
The Under-Secretary told the Security Council, ““just over a month ago (since his last brief, Ed.), the humanitarian situation in Tigray has deteriorated. To be very clear: the conflict is not over and things are not improving. Without a ceasefire, this already-grave humanitarian crisis is only going to get a lot worse.

I then received a report just this morning of 150 people dying from hunger in Olfa Woreda (a district Ed.) just south of Mekelle.
This should alarm us all. It is a sign of what lies ahead if more action is not taken. Starvation as a weapon of war is a violation.”

Mr. Lowcock continued citing Prime Minister Abiy’s announcement and promise at the end of March that have yet to be put into force, “things would improve after Prime Minister Abiy’s announcement in late March that Eritrean Defense Force soldiers would leave Tigray…neither the UN nor any of the humanitarian agencies we work with have seen proof of Eritrean withdrawal.”

Prime Minister Abiy’s announcement, “was a positive step towards reducing humanitarian suffering and winding down the conflict, given widespread and corroborated reports of Eritrean culpability in massacres and killings, including some committed in churches,”

Instead, he continued, “they have heard some reports of Eritrean soldiers now wearing Ethiopian Defense Force uniforms.” And “regardless of uniform or insignia, humanitarian staff continue to report new atrocities which they say are being committed by Eritrean Defense Forces.”

The main challenge now is “fighting and associated denial of access. Active hostilities are making the delivery of the response unpredictable (of accessing the area in order to provide help and support to the needy, Ed.).”

The Under-Secretary cited as an example of strategic access the road running the west from Adigrat towards Shire, that “has become nearly impassable in the last two weeks due to fighting and blockages.”
At the same time, the main road connecting Mekelle to Adigrat “has been inaccessible in recent days due to active conflict. Transport of humanitarian relief between Mekelle and Shire, now hosting many IDPs, has therefore not been possible.

The Under-Secretary said there is an alternative route between Mekelle and Shire, “but in the last few days, Eritrean forces have also blocked the movement of humanitarian staff on that road trying to deliver urgent support to children with severe acute malnutrition. We suspect the reason for the denial of access is that the children are in an area currently controlled by the TPLF. Again, preventing them from receiving help is a violation.”

“In Western Tigray, Amhara authorities are blocking humanitarian access to the hundreds of thousands of people fleeing.”

Under-Secretary Mark Lowcock’s briefing also indicated atrocious sexual violence against women and even mentioned a specific account by one of the survivors.
“An internally displaced woman who recently arrived in Shire explained that when conflict began in her town, she fled and hid in the forest for six days with her family. While hiding, she gave birth. Her baby died a few days later –at the same time that her husband was also killed. When she resumed her journey, she met four Eritrean soldiers who raped her in front of the rest of her children throughout the night and into the following day.”