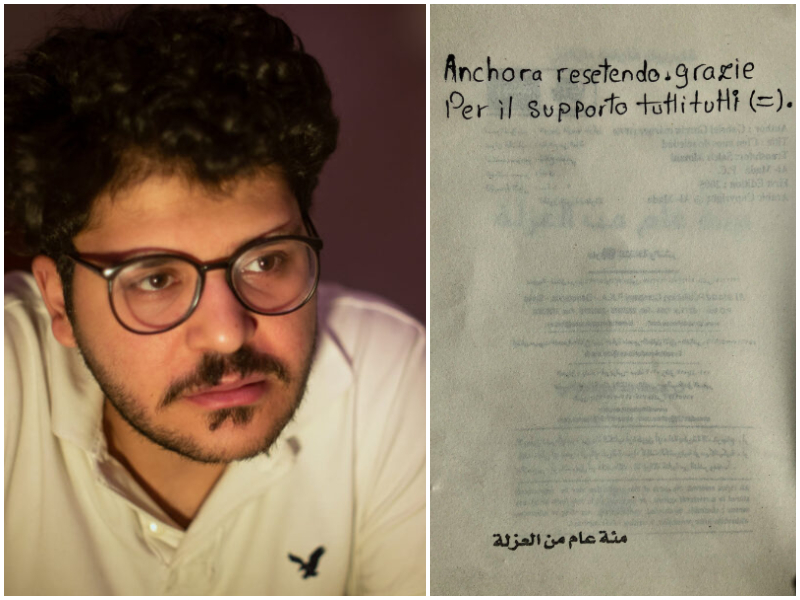 “Approving the motion that engages the government to start the process to grant Patrick Zaki Italian citizenship is an important step proving how the story of the Egyptian student from the University of Bologna, who has been detained for over 14 months, is a priority the Italian Parliament has decided to act upon and will continue to follow closely,” said Riccardo Noury, spokesperson for Amnesty International Italy, after the vote in favour of the motion discussed in the Senate today.

“We hope that by granting Patrick Zaki Italian citizenship it not only reaffirms the violation of human rights he has been subjected to that affects our country, too, but it will lead to Patrick’s release,” Noury added.

“However, we cannot fail to note the inconsistencies of a government that, while showing concern for Patrick Zaki’s fate with the commitment it has taken today, continues relationships with President al-Sisi’s repressive government. In fact, just a few days ago, it delivered the second military frigate to Egypt,” said Noury.

“We wish to state once again that no political or economic motivation can overshadow the horrible human rights violations happening in Egypt like those that Patrick Zaki has endured in the past 14 months and that many activists, lawyers, human rights defenders and journalists who have been arbitrarily detained due to their opinions have also been exposed to.”