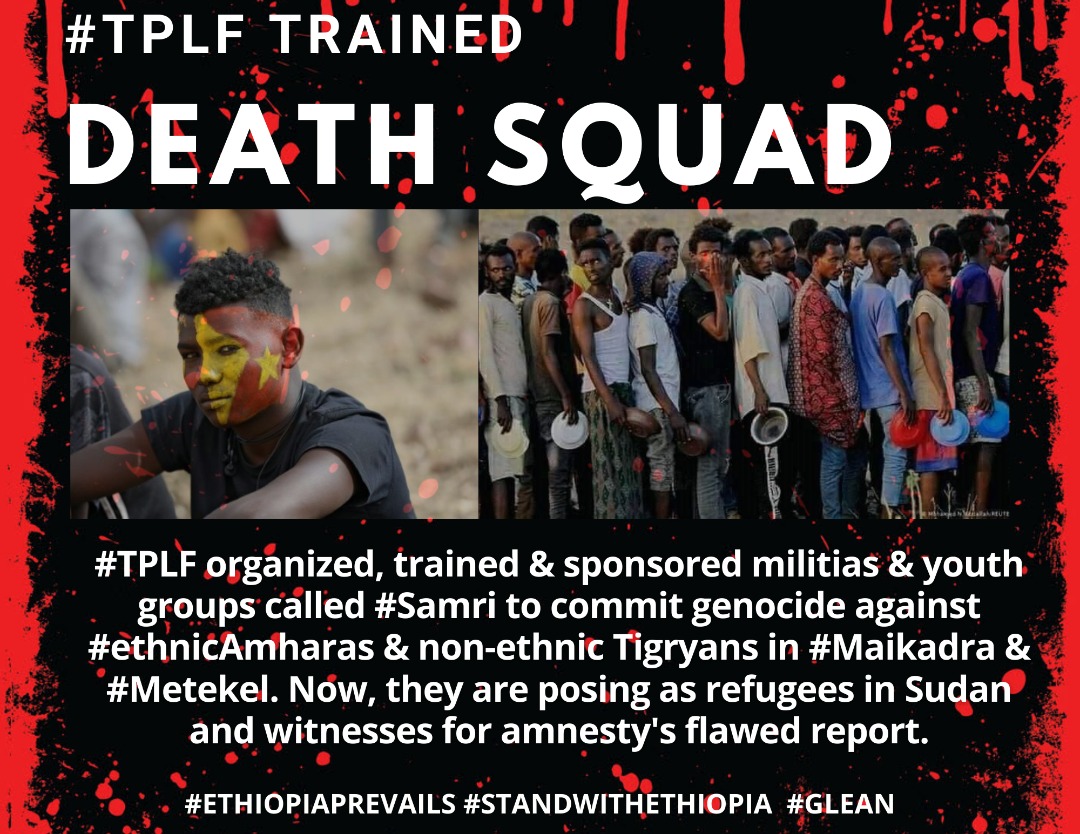 Despite Ethiopian Prime Minister Abiy Ahmed withdrawing federal troops from Mekelle and declaring a unilateral ceasefire on June 28, Tigray is technically under siege. According to the United Nations, out of 7 million inhabitants in the northern region of Ethiopia, between 350,000 and 900,000 people are at risk of starvation and another 2 million are one-step away from severe malnutrition. About 5.2 million Tigers are in need of immediate humanitarian assistance.

Farmers, aid workers and local officials say food has been turninto a weapon of war, with federal soldiers and Amhara militias blocking or stealing food aid. UN humanitarian agencies and NGOs facing famine are limited due to lack of fuel, disruption of telecommunications and electricity and the de facto humanitarian embargo enacted by the Ethiopian government.

Since November 2020, Tigers in Ethiopian cities, particularly in the capital Addis Ababa, have been arrested by the thousands, have had bank accounts frozen, have been purged of their jobs and their businesses have been closed. Tigers, a minority ethnic group that makes up about 6% of the Ethiopian population, have been barred from traveling abroad.

Now, Addis Ababa residents from Tigray say the proliferation of racial messages has increased to an alarming level since the Tigray People’s Liberation Front (TPLF) regained ground, with many Tigrayans too fearful to leave their homes. . Mass arrests have resumed, along with dozens of Tigrinya businesses forcibly closed by Ethiopian authorities. The United Nations claims to have received evidence (currently under investigation) of extrajudicial executions of several recently arrested Ethiopian citizens of Tigrinya origin. Tigris living elsewhere in Ethiopia fear they will become “The Next Rwanda”. Hate speech and targeting of Tigrayans are intensifying in Addis Ababa, terrorizing both Ethiopian natives of Tigray and mixed couples.

The messages of ethnic hatred, which arose in 2019 on social media in Ethiopia and among the diaspora, have had an exponential increase since the beginning of the conflict in Tigray. After the military defeat suffered in June by the Ethiopian and Eritrean armies, the phenomenon exploded, transforming Twitter, Facebook, and other social networks into vehicles of fakenews but, above all, of hatred and promotion of genocide. A well-known tactic since the Rwandan genocide in 1994 even if at that time newspapers, radio, TV and word of mouth “at the bar” were use.

In the face of serious violations of human rights, collective rape, man-made hunger (all crimes against humanity), the clear intentions of genocide expressed by Ethiopian and Eritrean users on social networks; Facebook, YouTube-Google, Twitter and Microsoft they must increase their control not only by waiting for user reports but by screening messages with robotic systems, including those in Amharic. This control is not to be confused with respect for freedom of expression. There is no freedom in inciting the killing of an ethnic group! Social media moguls must abide by the Digital Service Act of the European Union, which is a binding document.

We appeal to all Italian and foreign readers and citizens who share the moral principles of brotherhood, love, democracy, respect for human rights and peace to report to the administrations of Facebook, YouTube-Google, Twitter and Microsoft all messages in Italian, English and Amharic language of incitement of ethnic hatred and genocide.

In addition to accessing the web pages dedicated to the reports made available by the administrations of the social platforms, we recommend taking a picture of the message where you can see the user’s name and posting the following message on your page in the language of your choice.

We urge readers and citizens in general to report strictly limited to messages containing clear words and allusions of ethnic hatred or incitement to genocide. Messages of political opinions, also in support of the current Ethiopian regime, federal army, political organizations, are to be consider as a freedom expression right guaranteed by the Italian and European Constitution.

Migrants, We’re on the Brink of Collapse

While we are being bombarded and dazed by news on the Coronavirus epidemic, the pressure…