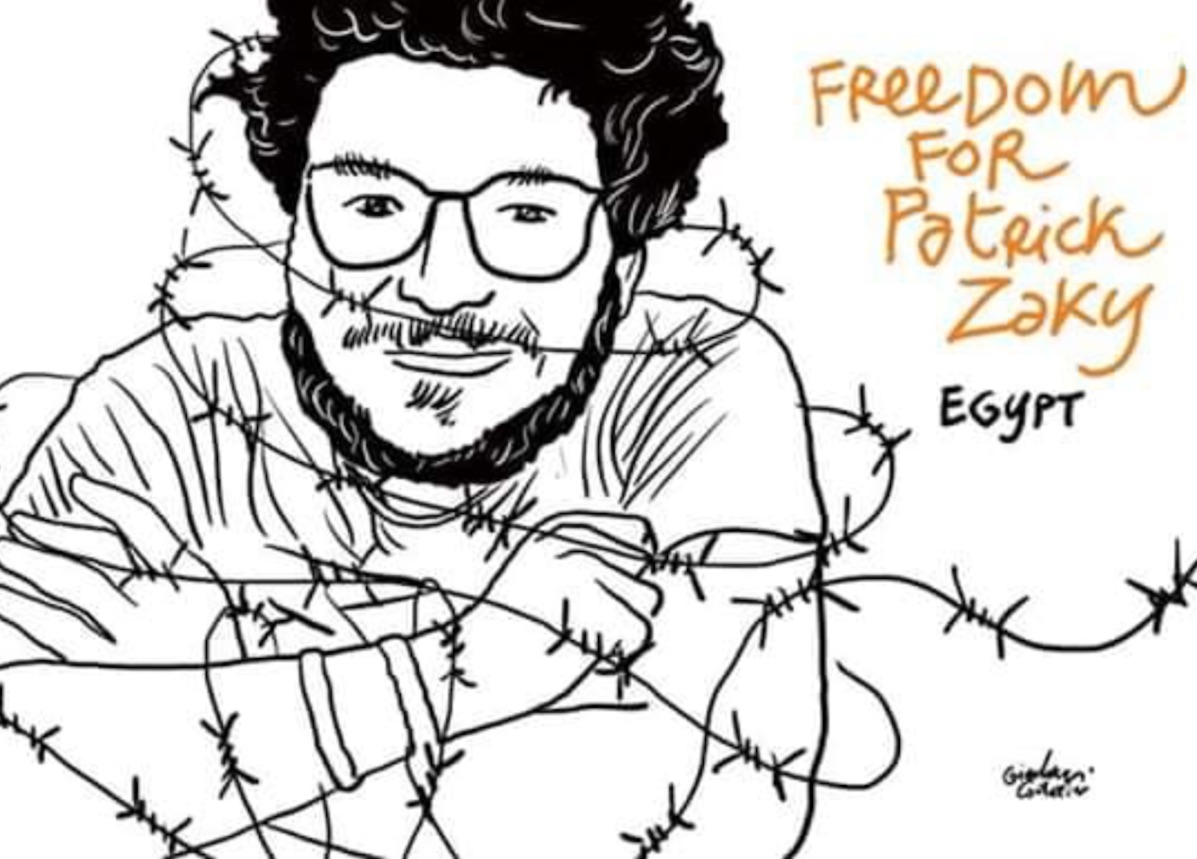 They locked him up in a cell with 8 other prisoners in Tora prison in one of the toughest wings of the maximum security penitentiary in Cairo that is called The Scorpion.

Patrick George Zaki, an Egyptian student studying for his Masters at the University of Bologna in Italy, was arrested on 8 February while entering Egypt on charges of subversive propaganda on Facebook. He was transferred from Mansura, his hometown, to the capital city of Egypt where a court hearing will be held on 7 March.

This statement was issued by one of his lawyers, Walid Hassan, who emphasized that Zaki’s situation was becoming more and more complicated.

Meanwhile, executions have resumed in the country. Yesterday, Hisham Ashmawi, a former special forces officer who was accused of terrorism, was executed.

Even in the face of the risk of a penalty beyond fair, even though the most serious charges against Zaki will probably be dropped, pressure from Italy to release the student from custody must not ease up. The Coronavirus can keep us away from the streets but nothing can stop us from continuing to urge for Patrick Zaki’s freedom.

Focus on Africa not only continues to follow Patrick’s story, it relaunches the Amnesty International Appeal demanding his freedom.

AMNESTY INTERNATIONAL APPEAL
Patrick George Zaki, a 27-year-old Egyptian activist and researcher, has been in pre-trial detention since 7 February 2020.

Immigration officials arrested him on his arrival at Cairo airport at 4:30 am.

Patrick had left Bologna for an Erasmus study program to spend a holiday in his hometown of Mansoura, Egypt.

His lawyers told us that agents of the National Security Agency (NSA) kept Patrick blindfolded and handcuffed during his 17-hour interrogation at the airport. Patrick was beaten on the stomach and back and tortured with electric shock.

NSA agents questioned him about his human rights work during his stay in Egypt and the purpose of his residence in Italy.

He was later transferred to an undisclosed NSA detention facility in Mansoura.

Prosecutors claimed to refer to ten posts posted on Facebook, but did not allow Patrick or his lawyers to investigate them.

On Saturday February 15, the court ordered that the pre-trial detention be extended an additional 15 days. On February 22, the court extended his detention another 15 days.

Migrants, We’re on the Brink of Collapse

While we are being bombarded and dazed by news on the Coronavirus epidemic, the pressure…