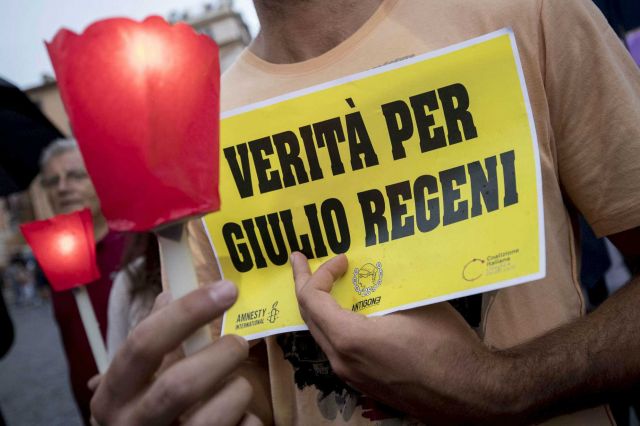 Saturday 25 January, Amnesty International Italia activists, along with associations and individual citizens, are organizing candlelight vigils to commemorate the fourth anniversary since the death of Giulio Regeni in Cairo.

Four years have passed since that day in 2016 and Egyptian authorities continue to withhold the names of those who ordered, executed, hid and still hide the kidnapping, torture and death of Giulio. There have been four interlocuters since then, due to the changing Italian governments, who have not known or haven’t wanted to demand the truth surrounding Giulio’s death with the necessary perseverance and determination.

In these past four years, the banner, “The Truth for Giulio Regeni” has been hung on public buildings, schools, universities, and balconies of private homes.

In Rome, the candlelight vigil will be held at 7:41 pm at the Pantheon.

Click on the link for the continuously updated interactive map of cities holding the vigil.