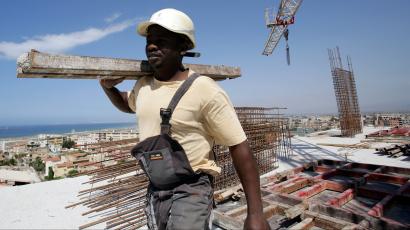 A new regional body of unions has been established in the Horn of Africa committed to defending the rights of workers as well as promoting peace in view of increasing foreign investment: the Horn of Africa Confederation of Trade Unions (HACTU). Among the founders is Tekeste Baire, Eritrean, who was named President.

“Eritrea,” said Baire “is a new country that is less than 30 years old and has a very young trade union with a long way to go so it needs the experience and solidarity of Italian unions.”

Established in 2018 by a delegation of eight organizations including those from Ethiopia, Eritrea and Somalia, as well as Djibouti and South Sudan, its priority is to engage for a better rights of workers and give them hope of stability in the recurrent crises at a time when business investments, including multinational companies, are increasing along with the very nature of employment that is destined to change.

Following the “reconciliation” agreement signed in 2018 by the governments of Addis Ababa and Asmara, new opportunities opened, fostered by the climate of mitigation in the entire region. In particular, two investment projects: the Danakil potash mines, worth around 250 million dollars, and the Ports Rehabilitation Project in Assab, a strategically important point on the Red Sea for Ethiopia too, the second most populated country in Africa.