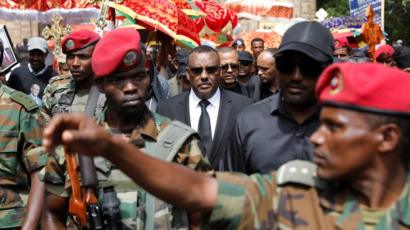 At least 75 supporters of the Oromo Liberation Front were arrested over the weekend in various districts of the Oromia Regional State.

This is a further sign of Ethiopian authorities repressing political opposition in view of the 2020 elections, like what already happened, in part, in 2019.

Among those arrested was Chaltu Takele, a prominent political activist. She was arrested on 26 January at her parent’s home and is currently being detained at the Shambu Police Station.

Chaltu Takele has already spent eight years in prison, from 2008 to 2016, because of her involvement with the Oromo Liberation Front which was considered a terrorist organization until 2018.