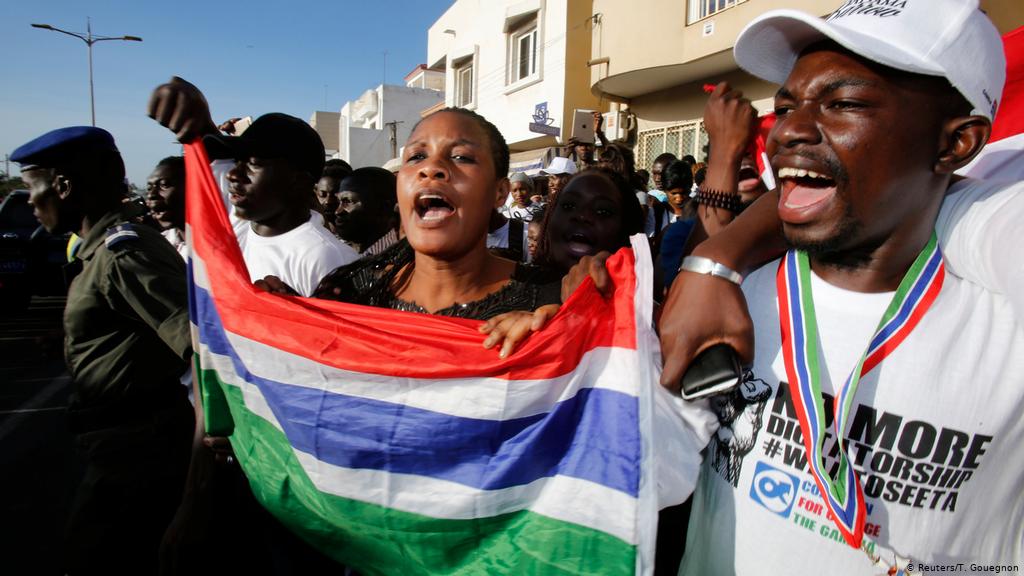 January 26 was a painful reminder to many Gambians of the brutal years of the former regime.

On the outskirts of the capital Banjul, police intervened with force against activists of the Three Years Jotna (Jonta means enough in Wolof) movement whose first authorized demonstration was banned at the last minute.

The movement got its name from a promise made by President Adama Barrow in 2017, when he rose to power, to step down after three years in office. He recently changed his mind announcing he would remain in power for a further five years.

When the protesters tried to march toward the center of the city, police fired tear gas at them and they responded by throwing stones.

According to medical sources, three protesters were killed. The government denied this.

What is certain, as confirmed by the government, is that there were 137 arrests including the leader of the movement and some journalists. Two radio stations were shut down –  Home Digital FM and  King FM – and officially they are waiting the results of investigations into the regularity of their licenses.

But there must be another motive judging by this statement issued by the government, “[The two radio stations] are known for spreading inflammatory messages and allowing their media to be used as platforms for inciting violence, fear-mongering and live broadcasts urging Gambians to join Jotna demonstrators, all calculated to threaten the security and safety of the Gambia”.

The situation in the African country is tense. In the past ten days, in addition to the January 26 demonstration, supporters of former dictator Yahya Jammeh have also held demonstrations to ask for his return from exile and other protesters who are demanding justice for the forced disappearances, murders and rapes that marked the 22 years under Jammeh’s dictatorship.