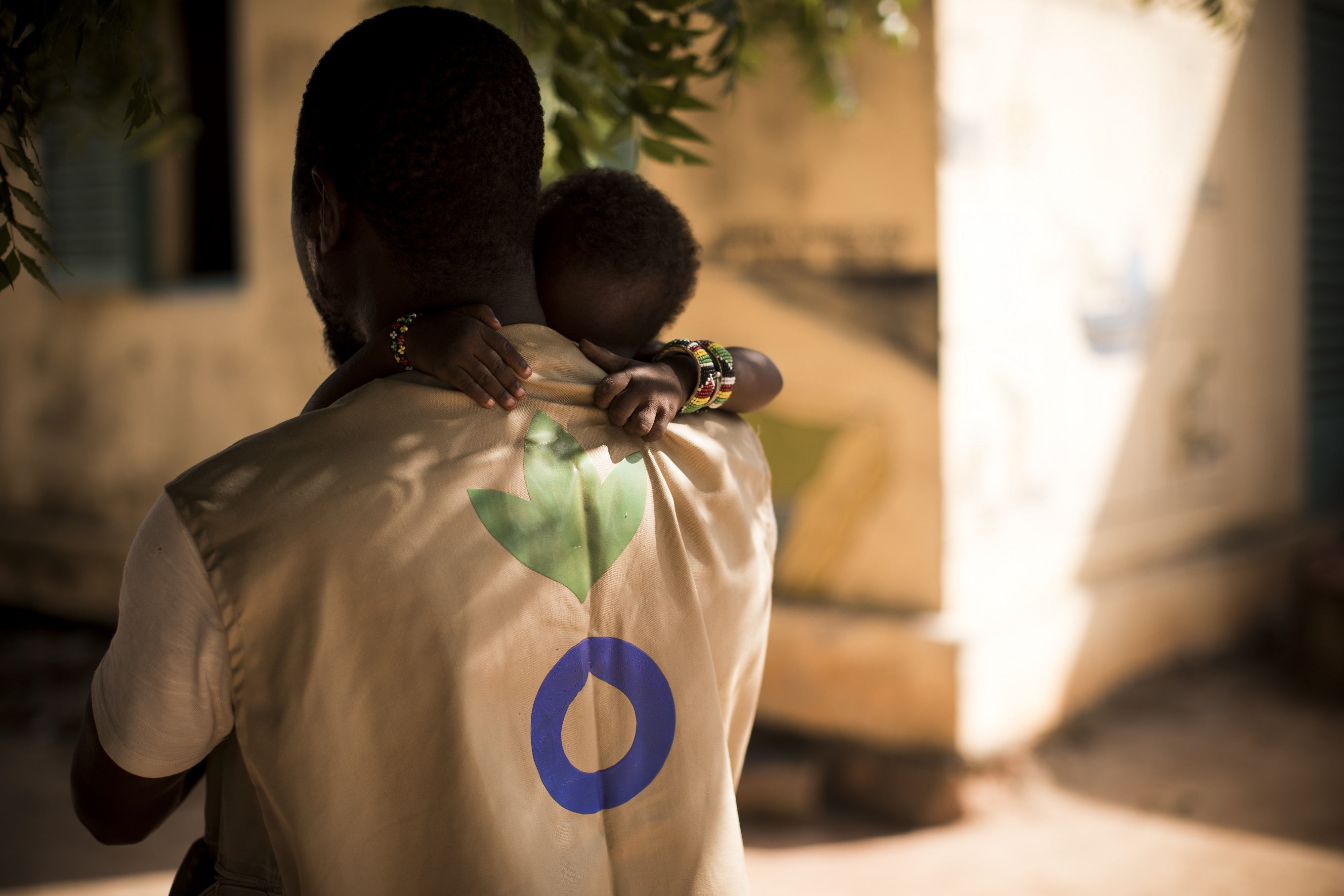 “The report ‘Covid-19 in Africa’, recently published by the United Nations Economic Commission for Africa (UNECA), as well as the latest data on food safety released by the FAO, the World Food Program and the OCHA, confirm that this pandemic truly represents an emergency within an emergency for the African Continent,” declared Simone Garroni, Director General of Azione contro la Fame Italia (Action Against Hunger), leader in the global humanitarian movement committed to ending world hunger and malnutrition.

According to the UNECA report, COVID-19 could take the lives of a very high number of people: up to 3,300,000 people. Furthermore, the UN commission says that between 2.3 million to 22.5 million people will need to be hospitalised, and 500 thousand to 4.4 million people will require critical care. The cost of emergency medical supply response could reach up to 44 billion dollars.

The reasons are simple. In countries with low to medium revenues, 38% of the population does not have access to clean water, and 35% don’t have soap and water to wash their hands. Furthermore, the health care sector is not adequately equipped to prevent the spread of the virus: in West and Central Africa, for example, the countries have an average of 0.3 hospital beds per 1,000 people. The number of cases could increase rapidly in the coming weeks: the new models of the London School of Hygiene and Tropical Medicine are 95% certain that all African countries will reach 10,000 cases by the beginning of June.

But the emergency does not only depend on weak health systems. It also depends on coexisting with the Coronavirus during a pre-existing food crisis. Critical problems that will inevitably worsen with the number of adults and parents who contact the virus so won’t be able to take care of their children. Furthermore, the restrictions imposed by governments to contain the spread of the virus will have a negative impact on already weak economies.

SOMALIA: A FRAGILE HEALTH SYSTEM IN RESPONSE TO THE PANDEMIC

After almost ten decades of conflicts, extremist attacks, drought, diseases and locust invasions, Somalia currently presents a health system that is too weak to respond to the coronavirus threat. The Ministry of Health recently confirmed this. The country lacks the basic equipment needed for intensive care: there are less than 20 ICU beds available. Frequent floods, famine and wars have also compromised the country’s water system: after all, only 30% of citizens have access to drinking water. For many of the tens of thousands of displaced families living in displacement camps in Mogadishu, social distancing is not a viable solution. According to the United Nations, in Somalia alone, there are 2.6 million displaced persons.

To support the local authorities’ response to the virus, Action Against Hunger is implementing Somalia’s national COVID-19 Response Plan promoted by the Ministry of Health. The organisation provides face masks, gloves, soap and handwashing stations within health centres at a time in which the prices for personal protective equipment (PPE) have quadrupled in recent weeks. Furthermore, Action Against Hunger trains healthcare workers and distribute medical supplies in collaboration with the European Union’s Humanitarian Aid agency (ECHO)

CONGO: MALNUTRITION AND COVID-19. WHO WILL LOOK AFTER THE CHILDREN?

The coronavirus emergency has also affected a country already struggling with a national food crisis without precedent. In the Democratic Republic of Congo, 2.3 million children under five years of age suffer from moderate acute malnutrition and 1.1 million from severe acute malnutrition whose lives are already compromised.

“Our fear is that many adults will contract the virus generating a wide-spread impossibility of accessing  means of support and the subsequent increase in childhood malnutrition,” says Garroni.

After helping 1,263,464 people with health services and nutrition, food safety and sustenance, water, hygiene and psychological support, Action Against Hunger will support a total of  40 healthcare centres in Kinshasa providing support to the most vulnerable communities – by supplying drinking water – and healthcare facilities (waste management, training caregivers on prevention regulations, and regular disinfection in rooms in order to prevent and contain the spread of the virus). Finally, the organization wants to point out the risk of direct and indirect consequences the pandemic raises by upsetting already fragile economic and agriculture systems.

CAMEROON: POLITICAL INSTABILITY AND POOR HYGIENE, ANTECHAMBER FOR THE SPREAD OF THE VIRUS

The emergency has reached a country characterized by great political instability. In the far north, the number of displaced persons is increasing because of the conflict between armed groups. Here, only 14.3% of people have access to hygiene/sanitation facilities and the pandemic could generate particularly damaging effects on the already poor conditions of food insecurity in this area. By integrating existing programs, the association provided technical support at the Ministry of Health’s Emergency Centre for Public Health and has deployed six mobile contact-tracing teams in Yaoundé to monitor people who have been in contact with people who have the virus. Like in the almost 50 countries in which it operates, Action Against Hunger has launched a prevention campaign that informs on the basic rules of hygiene that can reduce the spread of coronavirus.

SAHEL: FOOD INSECURITY AND RESTRICTIONS, WHEN IT RAINS IT POURS

In addition to the restrictions imposed by governments to contain the epidemic, the coronavirus emergency in this region presents another threat in an area, Sub-Saharan Africa, where 19 million people are already at risk of food insecurity, after years of drought and conflicts.

“Bear in mind that the health system in countries in this region is under pressure for 10 months out of 12, and that in a few weeks, when the rainy season arrives, cases of malnutrition in children under five years old will increase,” said Garroni.

The populations will have to cope with health systems characterised by an average of 0.5 doctors per 1,000 inhabitants.

Moreover, because of the emergency and containment measures, shepherds will not be able to carry out their annual transhumance. Herding, one of the main sectors that guarantee sustenance in the regions, will be hit thereby increasing the number of “impoverished” pastures and generating tension between shepherds and farmers. Closed borders will also limit civilians fleeing the violence in the area like in North Mali and the Lake Chad Basin.

A RESPONSE BEYOND HEALTHCARE. AN INTEGRATED THREE-POINT PLAN

Protecting healthcare staff and reinforcing the capacities of healthcare systems to diagnose diseases will certainly be crucial in the weeks to come. Action Against Hunger invites the international community to adopt a response that considers the socio-economic consequences linked to the restrictions implemented to contain the spread of the virus, with particular attention on refugees and women.

The NGO is currently putting into effect a  great humanitarian plan in Africa, that aims to implement existing programs.

“There are three key points,” continues Garroni. “One: implement staff assistant measures and distribute personal protective equipment. Two: adjust existing programs to new healthcare standards to prevent the spread of the virus. Three: promote basic good hygiene practices in healthcare centres, refugee camps and rural communities thanks to our experience in raising awareness in over nine million people every year.”