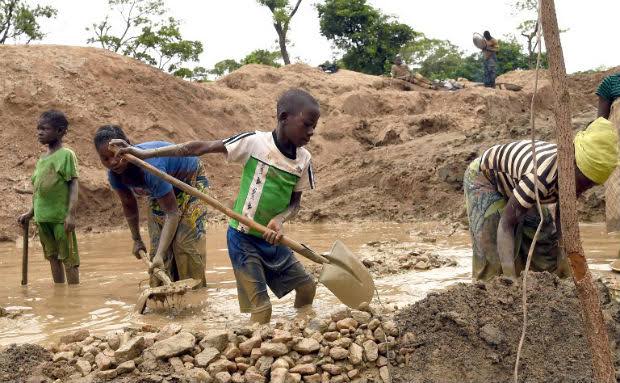 It’s about time. Someone has finally had the courage to break the silence that soils even the sincerest desire for ecological revolution. Our unsustainable lifestyle has been polluting the world for decades, overheating the world, and putting the future of the human race at risk.

Much of the change that is required of us in the near future is decarbonization and the end to using oil derivatives, permanently. One of the necessary steps is electric cars. Therefore, the demand for cobalt is going to double by the end of next year.

But there’s a problem with that. Over half of the cobalt produced in the world comes from the Democratic Republic of Congo (DCR). Those who say that the mineral wealth of the DCR its also its curse, are right. The hard-fought European Regulation on tin, tantalum and tungsten, their ores, and gold originating from conflict-affected and high-risk areas is not in force yet and has led to this new emergency.

Therefore, the class-action lawsuit by International Rights Advocates on behalf of 14 Congolese families against the tech giants is like manna from heaven. They are accusing and challenging not only the companies but us too, the consumers.

I spoke with Riccardo Noury, spokesperson for Amnesty International Italia (who had reported and called for an appeal on the issue in 2016) who said, “The class-action suit is surprising only in appearance, even though it is the first of its kind. The reason that prompted the Congolese families to take legal measures is perfectly legitimate. The companies, at the end of the supply chain, must – or at least, should – be aware and vigilant of any violations of human rights that occur in the previous stages. Exploiting child labor for the purpose of mining precious minerals for the realization of consumer goods is not new by any means. Nor is the principle that companies have to answer for their complicity in the violation of human rights, especially if they profit from the violations.”

Therefore, a lawsuit that finally gives the victims on the bottom links of the supply chains a voice and a face, putting them on the same level as the anonymous suits that move capital with a click and with a click decide the prices and suppliers of raw materials.

This is a golden opportunity. We must actively support the families. The lawsuit filed against Apple, Google, Microsoft, Dell and Tesla concerns all of us and the future of our planet.

We can no longer build our progress on the sweat and oftentimes blood of minors only because they are nameless and far away. Today, some of them have a face. Progress cannot be genuine if it isn’t ethical from the ground up. For years, people have written, spoken and fought about the “blood minerals” regulation.

Unlike coltan, there is no neatly conjured up funding for some conflict in the area. Cobalt comes primarily from Katanga, a southern region of DCR, that is currently at peace. At least for now. But this doesn’t mean that the working conditions are human and acceptable. The class action could be the crowbar that forces the West to take notice and regulate cobalt. A step that cannot be postponed.