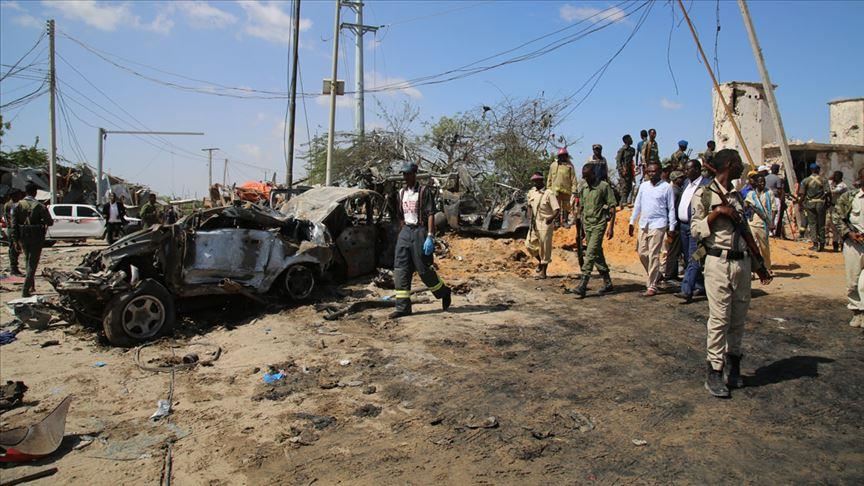 Blood and death everywhere. That’s all our correspondent from the Horn of Africa, Omer Abdullah, could see. His account of the attack that took place a few hours ago in Mogadishu is horrific, disturbing and terribly real.

Omer is there to do his job. To provide us with unfiltered news that he has gathered, and stories about the hundred deaths in this latest obscene act of violence by a group of terrorists that survives and proliferates also due to local and regional support and connivance that shed unacceptable crocodile tears.

But that’s another story. We are here to mourn and tell the story of a courageous journalist who sends us painful and shocking news from the families of the victims in Somalia as well as the courage and strength of those who are lending aid to the survivors.

MOGADISHU – The explosion destroyed everything it struck. Blood and desperation as far as the eye can see. The death toll is one of the worst in recent years. Almost a hundred deaths and just as many injured who didn’t have a chance when a truck bomb exploded. Police officer Ahmed Bashane told this to Focus on Africa and spoke of “as yet unconfirmed victims of this heinous attack.”

Many youths were killed. So far, over 30 students have been counted among the dead and those injured by the explosion during rush hour in the southwest area of the city. The Turkish government confirmed the deaths of two Turks who worked for a construction company.

The group Al-Shabaab, which is linked to Al Qaeda, claimed responsibility for today’s massacre in Mogadishu. It is the latest terrorist attack that has caused bloodshed in Africa in recent days. And it is further proof of how Islamic terrorism, following the defeats in the Middle East (Syria and Iraq), is strengthening its presence in Sahel and the Horn of Africa and extending to many countries in the continent.

Al-Shabaab regularly strikes in Somalia and in Kenya. The terrorist group Boko Haram bloodies Nigeria and often encroaches on Niger, Chad and Cameroon. On 27 December, the Islamic State in West Africa Province (ISWAP), a jihadist terrorist group affiliated with ISIS, released a video claiming the massacre of 11 Christians in northeastern Nigeria in retaliation for the death of ISIS leader Abu Bakr al-Baghdadi, killed by the USA in a raid in October and striking a further blow to ISIS after the fall of Mosul, in Iraq, and Raqqa, in Syria, the two capitals of the Islamic State.