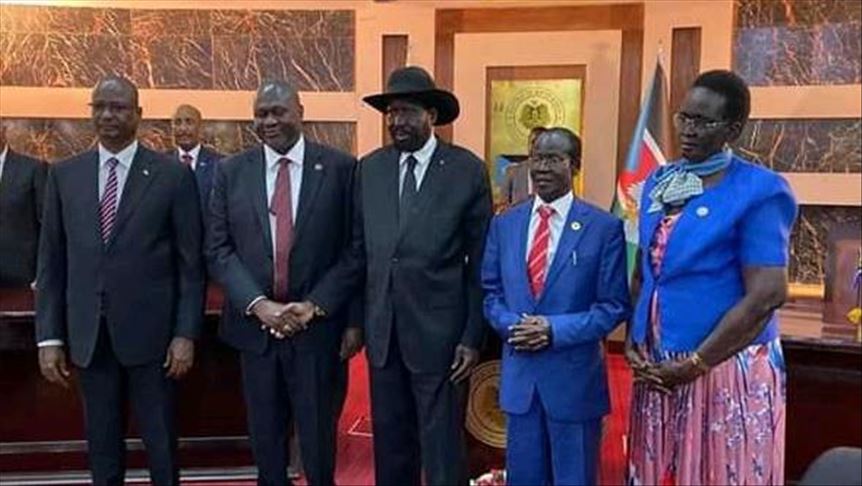 The much-coveted independence in South Sudan, hard-won through a civil war that caused over 2 million victims and led to a collapsing humanitarian situation seemed to be crucial not only for the future of the new government but also for the bordering countries, including North Sudan.

The nascent country was weighed down by an elevated public debt and a social and infrastructural context to put back on its feet and build it from scratch. This was made possible through negotiations for the definition and application of the Comprehensive Peace Agreement, the deal signed in 2005 to end the conflict, that continued after the separation.

Despite the fact that several key issues between North and South Sudan were still outstanding, they were approved by the head of the new country, Salva Kiir and then President of Sudan Omar al Bashir thanks to mediation by the Intergovernmental Authority on Development (IGAD), an organization that includes six countries from East Africa, peace seemed to be on its way at last. But a year and a half later, civil war broke out and halted the path towards the development of the country. Today, more than six years since the outbreak of the conflict, a humanitarian crisis that has brought famine to millions of people and led to an economic collapse, there is still hope for South Sudan.

The President of South Sudan, Salva Kiir, and his former vice president who then became a rebel leader, Rieck Machar, reached a peace deal thanks to Italian mediation and an intervention by Pope Francis. On 22 February, they formed the Government of National Unity.

The turning point had been announced recently following a meeting held in Rome at the Community of Sant’Egidio for the last and decisive round of negotiations to end fighting. The Rome Declaration was signed on 12 January.

“If this historic day has arrived, we must thank Sant’Egidio for creating the conditions for an inclusive dialogue. We are on the right path to peace, much desired by Pope Francis, and we have the mandate and the good will to travel that path,” said Barnaba Marial Benjamin, Special Envoy for President Salva Kiir in a choked voice. The President of South Sudan was reached in Juba by telephone.

The agreement to form a new government was a long time coming, interrupted many times along the way. The first deal between the government and some of the opposition movements was signed in Addis Ababa in September 2018. But the ceasefire was violated a few weeks later. The civil war, that broke out in December 2013, had already caused 400 thousand deaths.

Only the excellent mediation work of the main actors of these peace negotiations, primarily Italy, led to resuming a round table discussion and to end the conflict.

However, there are still many negative factors that plague South Sudan.

The youngest country in the world, that became an independent country in 2011 after the referendum for independence from North Sudan, is already being crushed by a frightening domestic debt and corruption throughout the government.

Despite the fact that the parties who signed the agreement today were the same as those in the past, the hope that this time the deal sticks is good.

What makes this promising are the statements by the two signees, in particular Machar, former rebel leader, who said that no one will further undermine the country’s path to democracy.

A guarantee to provide protection for members of the opposition promoted the positive outcome of the mediation, thus ending a feud that has caused thousands of victims in the country.

Some outstanding issues still remain such as the definition of the number of states.

The constitution speaks of 1o distinct regional powers but in 2015, president Kiir declared a new division of the territory, establishing 28 states that became 32 in 2017.

These decisions did not go through a reform of the constitution thereby favoring the onset of further tensions between those who want to return to the original 10 states and the neo-states who have no intention of giving up their autonomy.

The new government will also have to contend with a devastating humanitarian situation.

Since the beginning of the conflict, in 2013, many people have been uprooted from their homes, displaced within the country or in refugee camps in neighboring countries.

According to AMREF, health care in South Sudan is one of the worst in the world and 80% of it is provided by NGOs and not by the government.

The food situation is just as bad. A report published yesterday by three UN agencies shows that 6.5 million people in the country, over half of the population, could find itself in complete food insecurity during the height of famine foreseen between May and July.

“In the next months, 33 counties will face emergency acute food insecurity, a sharp increase compared to 15 in January,” says Joyce Asha Francis, OCHA (UN Office for the Coordination of humanitarian Affairs) National Field Officer in Malakal). “Last month, 5.3 million South Sudanese people had trouble accessing enough food. Most of the families could barely eat once a day.”

“Despite some seasonal improvements in food production, the number of hungry people remains dangerously high, and keeps rising. On top of that, we are now faced with Desert Locust swarms that could make this even worse. It is important that we maintain and scale up our support to the people of South Sudan so they can resume or improve their livelihoods and food production and boost the government’s capacity to respond to the locust outbreak,” said Meshack Malo, FAO Representative in South Sudan.

Since February, an increase in hunger has been registered due to depleted food stocks and the high prices of basic foodstuffs.

And the situation is destined to get even worse.