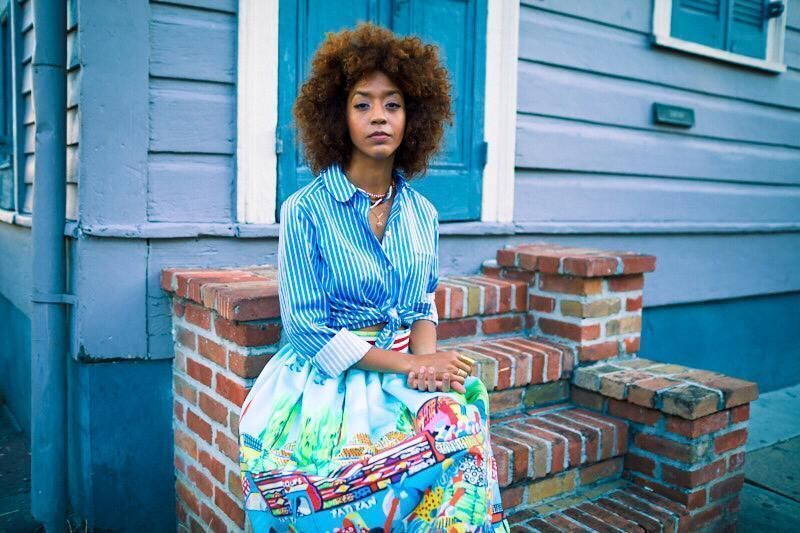 Yilian  Cañizares was born in Cuba. Her parents were of African origin. With her violin, accompanied by her voice, she uses her music to talk about Africa and the new worlds

A refined violinist and singer she rose to international notice through important collaborations (Omar Sosa, Ibrahim Maalouf, Youn Sun Nah, Richard Bona, Chucho Valdés, Roberto Fonseca, Dhafer Youssef, El Comité) and concerts all over the world. Currently she is on tour with Omar Sosa with their new album Aguas, released in 2018.

Yilian  Cañizares is a unique artist mixing the elegance of jazz with the power of Latin American Music. Her music and style are without a doubt an example of multi-cultural integration. Cañizares explores the journey from Africa to the New Afro-Hispanic-Caribbean Worlds. A laboratory that penetrated African-American music is spreading and establishing itself into the music scene in the United States where, not surprisingly, Spanish has become the official second language.

It is no coincidence that she is accompanied by a group of musicians of different cultures and nationalities, The Maroons (the word used to describe communities and ethnic groups, descendants of African ancestry, who escaped slavery on plantations and fled to the forests). Together, they paint a musical fresco that expresses contemporary mixed-race society.

ERZULIE is an album created through intertwining cultures that are different yet very similar to each other such as Haitian culture – the artist’s inspiration for this record – and Cuban culture.

The album explores Haitian culture and music (Erzulie is a sprit in Haitian Vodou, the essence of femininity and passion) that has many things in common with Afro-Cuban rituals.

Starting in Haiti, Toussaint l’Ouverture (Haitian African-American revolutionary, former slave) led the Saint-Domingue revolution and the great anti-slavery revolution in the Caribbean; a free spirit, proud and independent that appears in every song on the album Erzulie.

Unlike women from other countries in the world, Sahrawi women celebrate divorce. Actual parties are…