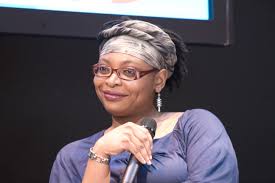 An African style nostos. This is how we can define Léonora Miano’s Season of Shadow, an intense novel bordering on the incredible for its rhythm and beautiful writing, able to lead us into the innermost bowels of Africa and, in particular, of Sub-Saharan Africa, synonymous with war, famine, poverty and illness in the collective imagination. Those who are, somewhat understandably, affected by these prejudices, fiercely instilled by years of misinformation, are the perfect audience for a narrative that goes well beyond a simple story. It aims to be, in its own way; a brief poem; an ode to the history of a pre-colonial society deeply rooted in history; a slap in the face of those who firstly devasted the wonderful land and then drowned its own barbarism in the miasma of totally unjustifiable racism.

The book by Léonora Miano tells the story of the village of the Mulongo clan that, one night, is devastated by a fire and twelve men disappear. One of the young men’s mother, Eyabem, an unrivalled utopian, leaves the village in search of her son. Chief Mukano also takes a journey with his escort to get answers from the queen of the Bwele, the nearby clan with whom the Mulongo have profitable commercial exchanges. His brother Mutango also sets off in purely personal ambition: he wants to take advantage of the situation and take command of the clan with the help of the Bwele. On their journeys, all three characters, very different yet very similar, will open their eyes to the truth, united by a single imponderable fate ruled by ancient traditions, by the cult of the dead and ancestors, by rituals of purification and initiation, that creates a world dominated by magic and superstition in which the sun god changes name during the day thereby marking the passing of time and where women adjust their hairstyles before going to sleep so as not to have bad dreams. And it’s the women who are the protagonists of this Sub-Saharan tale. They have been given the task of singing the deeds of the Mulongo people to keep their memory alive in the desperate attempt to defend the dignity of a world on the brink of disappearing.

Léonora Miano succeeds in her Homeric enterprise: she describes Africa and its controversial history through powerful imagery, extraordinary landscapes, and human and social portrayals that are seemingly incomprehensible but in reality are very effective in depicting the Africa of today, starting with the diaspora, migrations, and the pain they carry with them.

It is a book in which the inner shadow mixes with the shadows of many other lives that form a single mosaic, with the multi-faceted grandeur of a village in which chaos reigns supreme and where it seems impossible to restore any sense of order. It is precisely this creative destruction, this collective madness, this restlessness, this inner vitality and the search for even deeper emotions that leads their paths to cross and reveal the truths that would otherwise never have been discovered.

We think that Season of Shadow by Cameroonian novelist Léonora Miano’s, born in 1973, is one of the greatest tributes ever made to the cradle of humanity. It presents a bereaved yet proud Africa intent on defending its culture and fighting against oppression. An as yet uncontaminated Africa, a strong and resistant Africa, an Africa battling against the violence and torment that for centuries has destroyed it, and continues to be subjected to today, almost reducing it to slavery.

Léonora Miano’s Africa is a queen, full of enchantment and love for others, willing to be explored provided that her visitors duly respect every citizen, flower and plant

In one of the most significant passages, the author writes:

“As she walks, Eyabem looks around. The earth, usually red, is still streaked of black in places. Even though the women swept for three weeks straight, the signs of the tragedy won’t be wiped out. Only five or six huts that make up each family unit have been rebuilt. There are no fences surrounding the homes. Next to the door there is a carved wooden pole planted in the ground that represents the family totem. But the homes being rebuilt have no totem pole to protect them. The woman sighs as she contemplates the desolation.  It is unthinkable that such a thing has happened. Yet it is so. The mud huts, topped by thatched roofs, are soiled by long dark stripes if not completely burned down. They decided they would not rebuild them so close together because the proximity led to the flames spreading quickly: setting fire to one roof was enough so that the one next to it immediately burned.”

We contemplate this magnificent writing as we are overwhelmed by mal d’Afrique as well as the need to truly get to know a universe that we have not understood anything about for far too long.

Unlike women from other countries in the world, Sahrawi women celebrate divorce. Actual parties are…