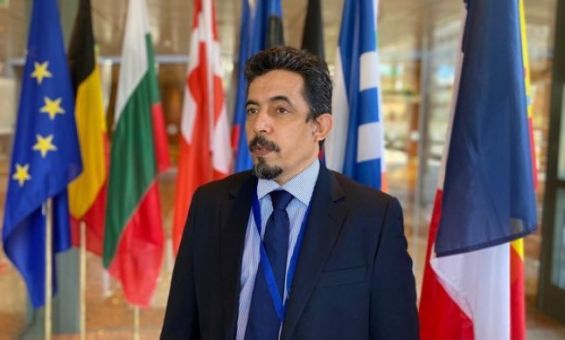 “Whereas, through its judgment of September 29, 2021, the European Union ́s General Court annulled the new extension agreements of EU-Morocco accords, the European Commission considered it appropriate to publish, on December 22, 2021, a new report aimed at encouraging the plundering of natural resources in Western Sahara by the Moroccan occupier” said representative of Polisario Front.

As the sole and legitimate representative of the Saharawi people, the Polisario Front rejects this report, since the alleged “benefits” are nothing but the result of the crimes committed by the Moroccan occupier, emboldened once again by the European Commission.
Recalling that Western Sahara is “a separate territory and in any case part of Morocco”, the European Commission refers to Moroccan law denominations to designate what constitutes, according to international law, the non-self-governing territory of Western Sahara. In line with this, at the end of September, on the eve of the General Court ́s judgment, the EU Commission visited the occupied territory without a valid authorization, in violation of Saharawi people ́s right to self-determination and territorial integrity. The stubbornness of the EU Commission to promote the annexationist policy of the Kingdom of Morocco at all costs, means that the declarations emanating from Europe regarding the respect for the right to self- determination of the Saharawi people are merely empty speeches.
In addition, such hindering sabotage goes beyond common sense: as if it were secondary data, the European Commission mentions the judgment of the General in first instance in a footnote – which states that the agreement audited by the report has been annulled- without mentioning the reasons for such annulment. And the sweeping motive is: in its judgment of December 21, 2016, the Court of Justice of the European Union declared that any international agreement that included Western Sahara must count with the consent of the Saharawi people without it being necessary to determine whether such an agreement “could harm it or, on the contrary, benefits it ». In drawing the consequences of this judgment, the General Court, in first instance ruled out that the criterion of “benefits for the population” could replace that of the “free and authentic” consent of the Saharawi people. Therefore, with this report, the Commission openly challenges the authority of the CJEU rulings, when its main duty should be to ensure compliance with EU law as the “guardian of the treaties”. Having decided to support the appeal by the EU Council against the judgments of the General Court in first instance, the Commission must explain its position before the judge.
Mr. Oubi Bouchraya, member of the National Secretariat of the POLISARIO Front, representative for Europe and the European Union, said: “the content of this new report is simply unconceivable. At the time when the Sahrawi people has been suffering from the illegal occupation of Morocco for more than 40 years, the EU Commission praises the mention of benefits for the brutalizing regime, therefore fostering Moroccan colonization. The law must be upheld: the Court of Justice has set a crystal-clear meaning of the consent of the Saharawi people. The European Commission’s refusal to enforce the Court’s judgment in good faith raises great concern. Respect for international law and the rule of law are key founding values of the European Union, which it aims to promote internationally. However, the opposite occurs once the European Commission aligns itself with the Moroccan occupying authorities, who have always shown the greatest contempt for judicial decisions, starting with the advisory opinion of the International Court of Justice of 1975. Faced with this outbreak of violence, the Sahrawi people placed itself under the protection of the EU Court, with the conviction that it will enforce the law where EU political institutions have miserably failed.

Picture, the representative of the Polisario Front in Europe and the European Union (EU), Oubi Boushraya Bashir