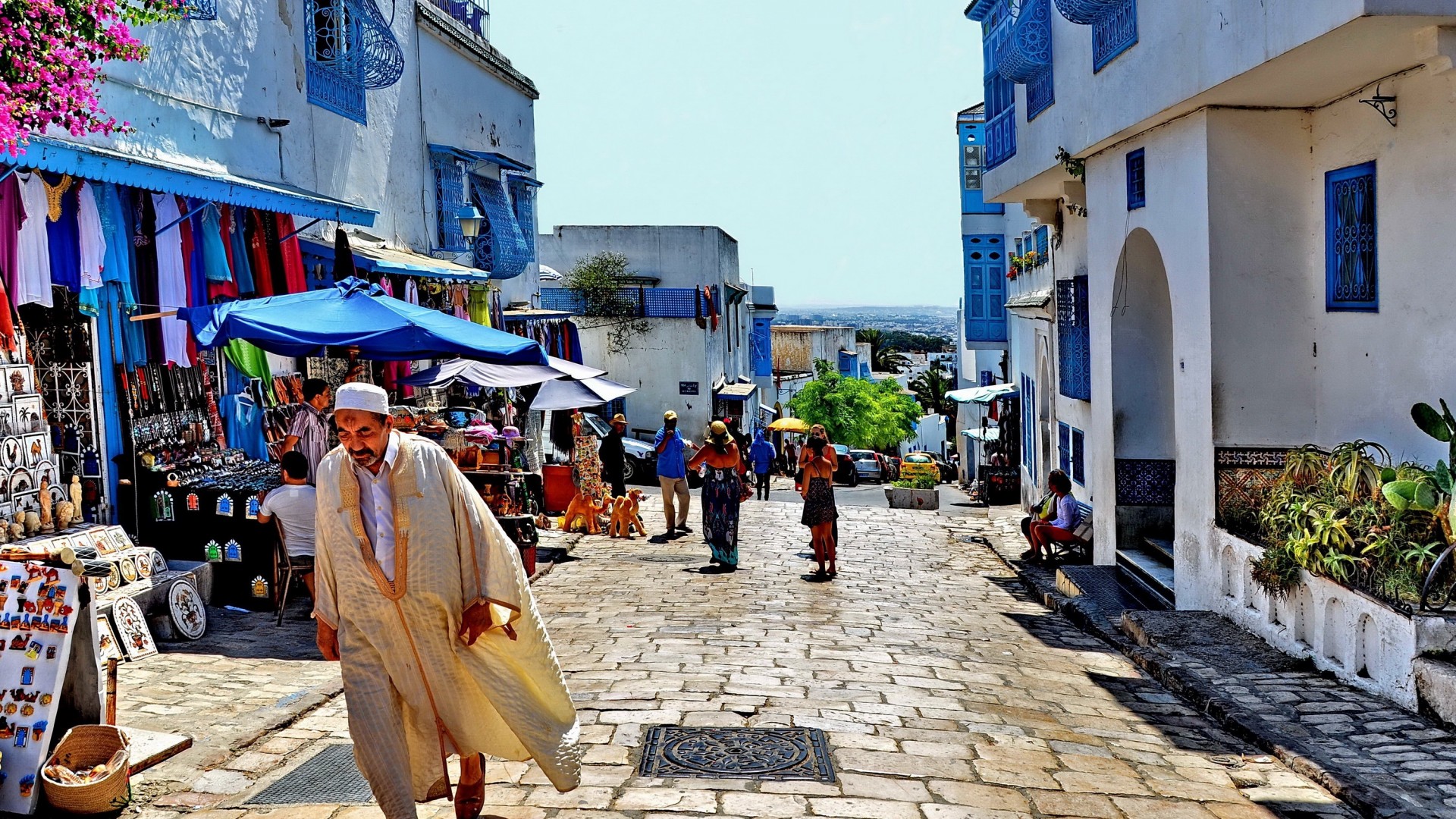 TUNIS – Ten days after his presidential victory, receiving 72% of votes in the run-off election,  Kaïs Saïed, professor of constitutional law, was sworn in Wednesday, 23 October as Tunisia’s new President.

Many students and young people supported Kaïs Saïed because they believe he will bring renewed hope of change and redirection for a democratic transition that began after the downfall of Zine el-Abidine Ben Ali’s authoritarian government.

In his inauguration speech in literary Arabic, Saïed thanked, “those who chose differently and freely elected another person.” Addressing an assembly elected in the previous 2014 mandate and the new assembly elected on 6 October of this year, the new president spoke of a “new world” and repeated the words, ‘hope’, ‘freedom’ and ‘dignity’.

Some of the most moving and admirable moments, in addition to the emphasis on the need for ‘hope’, include his tribute to the martyrs of the revolution and police force who were targeted by terrorist attacks in recent years, strengthening women’s social and economic rights, and the rights of Palestinians to have a State.

“It is our responsibility to unite against terrorism and the eradication of all its causes.” He repeated the word “responsibility” many times and stated that the priorities must be for all: “the people, the state, security, and even the poor and destitute. There is no question of affecting women’s rights and undermining their achievements. We will do our utmost to consolidate the economic and social rights of Tunisian women. The time has come to invite new methods in order to meet the demands of our people in terms of work, freedom and dignity.”

If the election in itself gives the president great political leverage, his landslide win – crowned by a surprisingly high turnout (estimated to be 57%), in contrast with the municipal elections of May 2018 (under 36%) and the legislative elections held on 6 October (a little less than 42%) – takes on an even greater symbolic value. And as numerous polls had already predicted, the presidency is an institution that posses more credit than, for example, Parliament and Government.

Today, the new balance in Parliament will determine, perhaps even more than the presidency, the democratic consolidation of Tunisia in the next few years. Ennahda, the party that won the elections, only won 51 seats, much less than the 109 required for a majority. Nabil Karoui’ party Qalb Tounes (Heart of Tunisia) finished second with 38 seats. This was followed by five other “major” blocks; the Democratic Current for human rights led by Mohamed Abbou (22 seats), the Dignity Coalition led by Islamist and populist lawyer Seif Eddine Makhlouf (21), Abir Moussi’s Free Destourian Party (17), the socialist, ultra-right-wing, Arab nationalist party, the People’s Movement (16), and Tahya Tounes (Long Live Tunisia) former President Youssef Chahed’s party (14).

In view of a very fragmented government, much more than in the past, and having to deal with tenacious opposition, such as Qalb Tounes and Moussi’s party, Ennahda faces a very delicate, initial testing ground in the consultations to form a new government that have so far been largely met with more vetoes than passes.

Should Ennahda fail to form a government within a month, the president will have to entrust it to another political party or decide to hold new elections, although it is unlikely that new elections would have significantly different results under the same electoral law.

What is more likely, is the risk that new electoral negotiations could worsen the already low lack of faith that the people have in their elected representatives.

Saïed’s victory indicates a period of initial uncertainty regarding economic policy, one of the issues of greatest interest and importance for a population that has already been disappointed by unpopular reforms and the austerity promoted by previous governments, and their inability to resolve chronic economic problems.

There is a high unemployment rate, currently 15.6% and a primary concern in youth unemployment, and a high inflation rate. Some of the policies – in particular cuts in salaries and hiring in the public sector, and the rising price of gas –  were promoted within the framework of a restructuring plan of the national economic system financed largely by a loan of approximately 3 million dollars from the International Monetary Fund. However, there was widespread discontent among the population.

Although substantial GDP growth is expected in 2020 (2.7% against 1.9% this year) the state of the Tunisian economy remains precarious not only due to the industrial sector in recession for the eleventh month in a row, but also because of a significantly high national debt and the threat to internal security.

These variables will continue to affect the economic performance of the country despite its visible recovery in the tourist sector and in agriculture that has had a good year (especially in the production of dates and olives).

The top priorities for the new government are the creation of new jobs, launching policies to attract more outside investments and strengthening the private sector.

The consolidated democracy of Tunisia is vitally important to the European Union and in particular to Italy. In an area struck by instability and wars, Tunisia’s active role in advocating regional cooperation, particularly with regard to the Libyan crises and the control of illegal migration flows, is very important. This strengthens the consolidation measures of the democratic process, the fight against poverty and sustainable development in Tunisia.

AfCFTA, A Pan-African Dream that Aims to Overcome the Narrow Spaces of Colonial Borders

The year ending in Africa was the sixtieth anniversary of African independence. 1960 was not…