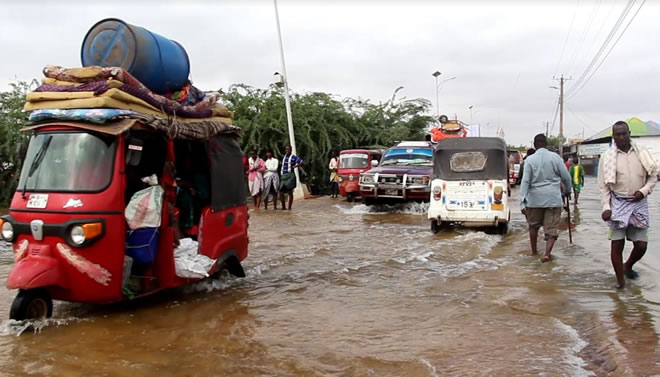 For the past few weeks in Somalia, the south-central state of Hirshabelle – that consists of the Hiran and Shabelle regions – was hit, after months of drought, by heavy rainfalls that has led to a humanitarian crisis with over two hundred and seventy-three displaced persons and dozens of deaths. Flooding of the Shabelle River damaged homes, crops and infrastructures, devastating all economic activities, and the hospital in Beledweyne, the capital of Hiran, west of Mogadishu, was closed.

Unfortunately, what is happening was clearly expected. Last year, the city of Beledweyne was hit by flash floods and Italy had allocated six million Euros in the 2019 budget to reconstruct the old riverbanks that had not been maintained in thirty years of civil war followed by the fall of General Siad Barre.

As of 2018, the project should have been drawn up by the FAO in collaboration with the state of Hirshabelle and presented to Italy by the Minister of Agriculture of the Federal Republic of Somalia. But in July, following the launch of the “missions decree”, the Italian Agency for Development Cooperation (AICS) cut 6 million euros from the fund for Somalia just after the Somalian Minister of Agriculture and Irrigation, Said Hussein Iid, was in Rome for the elections of the new Director General of the FAO.

At present, following the recent floods, the FAO has sent the draft for the project to the Governor of Hirshabelle, Mohamed Abdi Ware, whom we reached by phone and who confirmed that he received the document but said he knew nothing about the cut in Italian funds he believed were still available based on information he received two months ago.

So, we called the Minister of Agriculture, Said Hussein Iid, who praised Italy’s good work in Somalia and also did not know funds were being cut because, based on a meeting with the flood crisis committee last week, Italy had confirmed its availability.

A telephone interview in Rome confirmed that the funds for the reconstruction of the Shabelle River banks will be allocated, but are foreseen in the 2020 budget.

If numbers don’t lie, the 6 million euro in funds for the reconstruction of the state of Hirshabelle for 2019 have gone missing unbeknownst to the Somalian authorities, and the greatest accountability lies with the Minister of Agriculture because he did not present the project in time.

Closer investigation led to findings that this is not the first time that funds allocated to Somalia are not spent due to delays in the development of projects. Said delays are mainly due to the absence of direct bilateral agreements between Italy and Somalia that were never reinstated after the fall of Siad Barre. So far attempts by Somalia in this direction have been unsuccessful.

In order to support development projects in Somalia, Italy currently passes through a third party (FAO, UN, IFAD, etc.). This begins a spread of bureaucracy that prevents Somalia from knowing Italy’s generosity directly, resulting in recurrent losses of the contributions necessary to alleviate the serious hardships of its population.

Even if these difficulties could be surmounted for the most part with the completion of the bilateral agreements, it would be more difficult to overcome another problem that often occurs in these cases: the choice of contractors. But this is not a diplomatic or legislative problem. Nor, alas, is it limited to the relationship between Italy and Somalia.