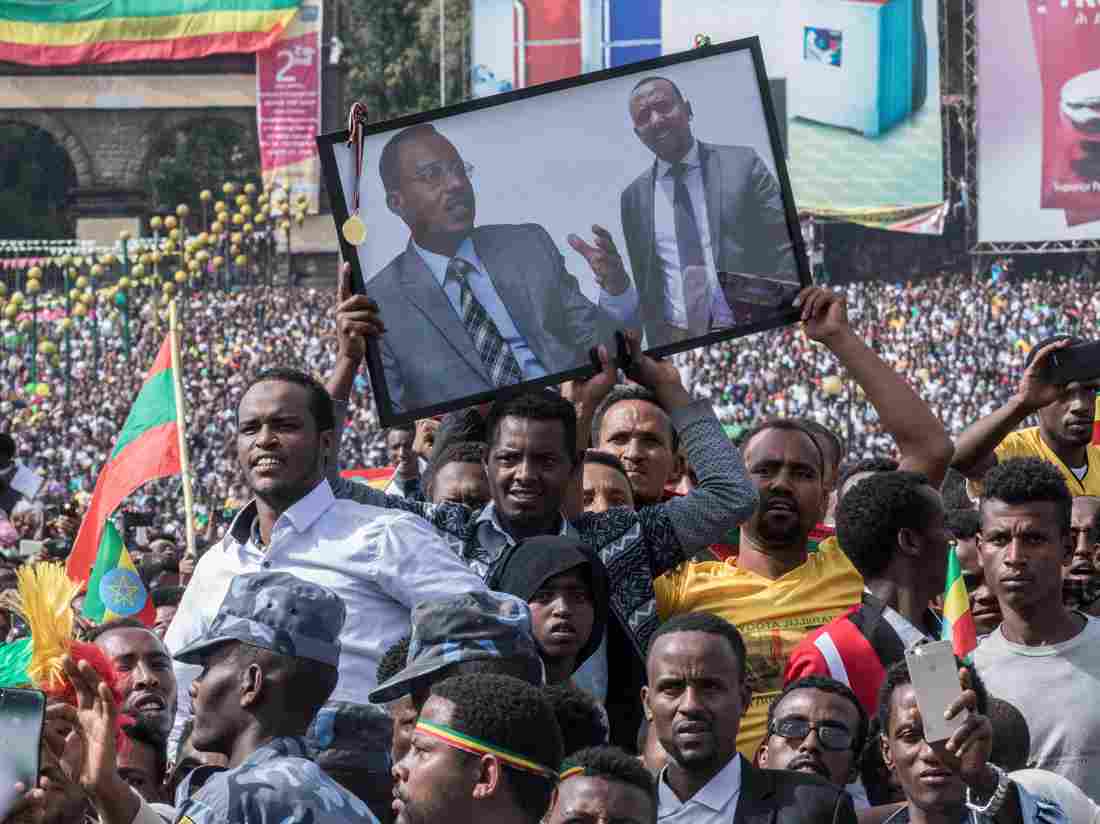 The elections on 21 June will be characterize by a very low turnout. There are two main reasons. The blatant boycott of the population: 38% of those entitled to vote did not register on the electoral roll: about 19 million voters out of 50 million electoral body. The evident policy of exclusion of a large number of voters implemented by the central government. Tigray was exclude a priori. Another 2.6 million voters who will not be able to participate. About 78 constituencies will see elections postponed in September: about 1.8 million voters.

Now it is also necessary to add the regions of Harari People’s National Regional State and Somali Region where the elections have been reporte in September, as announced on Thursday by the NEBE (National Electoral Board of Ethiopia) citing unspecified “irregularities” and problems with the printing of ballot papers. Another 3.8 million voters less. Together with Tigray, the two regions excluded from the vote on 21 June represent 63 parliamentary seats out of 547. Another 79 polling stations were repressed nationwide, citing excuses of non-compliance with the NEBE. Another 1.2 million votes less. In total, between voters who did not register and voters excluded as of June 21 leads to the result of 28.4 million citizens who will not vote.

It is clear that in these circumstances the elections will not be representative. African diplomatic sources warn that the victory of Premier Abiy and his Prosperity Party controlled by the fascist Amhara leadership will be announce to the whole world. Victory that will probably be declare without waiting for the outcome of the postponed elections in September, which affects various electoral sections and regions. A victory already decided at the table even before opening the polling stations and which some European governments, which until now have shown unclear agendas towards the Ethiopian drama, would be ready to validate.

Would Premier Abiy and the Prosperity Party have won a victory if the elections had been held in an atmosphere of peace and had been truly inclusive? The answer is NO.

This is demonstrate by a survey carried out by Afrobarometeramong a representative sample of young people aged between 18 and 35, carried out in August 2020 before the outbreak of the various conflicts, disclosed last May and largely ignored by the central government and by the majority of international media. Afrobarometer is a non-partisan Pan-African research institution that conducts public attitudes surveys on democracy, governance, economy and society in over 30 countries repeated on a regular basis. Aforbarometer is the world’s leading source of high quality data on what Africans think.This survey is hugely significant as over 70% of the Ethiopian population is under the age of 30.

The survey reveals that 53% of Ethiopians believe that the central government is managing the economy very badly. Over the past five years, the Ethiopian currency has halved against the US dollar and the Euro, driving up the cost of living. Fifty-four per cent of respondents say they suffer from high or medium levels of poverty. The annual growth rate has drastically dropped by 4 percentage points since 2017 to 6.1%. A collapse explained by the Covid-19 pandemic. The annual percentage does not take into account the last two months which correspond to the beginning of the conflict in Tigray…

Sixty-two per cent of respondents accuse the government of doing a bad job creating new jobs. Officially unemployment is 2.08%. These data are clearly surreal; just think that the unemployment rate in Italy is 11.69%. Premier Abiy follows the unemployment data manipulation tactic adopted by the TPLF over the past 18 years. From 2003 onwards, the official unemployment rate recorded an unreal average of 2.37%. Some more realistic estimates place unemployment at around 30% and underemployment (informal, seasonal or precarious jobs) at 54%.

Nearly 60% of respondents believe that the government ignores the condition and needs of young people. Also in this case, Premier Abiy continues the policy initiated by the TPLF in 2012 of narcotizing youth through the widespread and hyper-economical consumption of Chat, a plant that, if chewed for a long time, gives effects similar to amphetamines. Chad, widespread in the Horn of Africa and East Africa and grown in Ethiopia, is now one of the most consumed and exported products. It can be found in “organic” shops throughout the country that are actually part of a dense and structured network of legalized outlets. The goal is identical to entering if heroin inthe American and European markets in the 70’s and 80’s: to drug the youth to prevent them from organizing and representing asecurity problem that could arise from economic and political claims.

Trust in the current Ethiopian ruling coalition has practically collapsed. From 78% in 2018 to 47% in August 2020. About 71% of young people (including those who continue to trust Abiy) think that the current parliament and government are corrupt. If you go into the details of this specific question, it turns out that the trust placed directly in Premier Abiy is 36%. The one to  Prosperity Party: 22%. The trust at the police and federal army respectively 24 and 45%. Percentages that have probably decreased following the crimes committed by both national defense apparatuses during the last 7 months in Tigray and Oromia.

The young people in the survey show a progressive loss of confidence even in regional administrations and generally feel excluded from political participation. Data of 75% betweenrespondents say they trust only the religious leaders of the four monotheistic religions: (Catholic Church, Orthodox Church, Islam and Protestants) while 62% say they trust traditional leaders. Many young people said they did not trust members of regional and national bodies to represent their interests or to express their demands. Young people said they were not consulted when the laws were passed, including those that directly affected their lives.

This survey, ignored by the Addis Ababa government and which has suffered from little attention from the international media,demonstrates without a trace of doubt that the Premier, his party and the institutions they run suffer from a huge lack of legitimacy, inclusiveness and representativeness and are widely distrusted by the majority of young people.

Youth movements are calling for greater inclusion. They demand more representation in government choices, more democracy, accusing the Abiy government of refusing to listen to their problems and find solutions to them. They also demand greater access to the internet and social media. Currently only 30% of the Ethiopian population accesses it. The web is subjected to constant monitoring and censorship through an illegal cyber espionage system on citizens created 10 years ago by Abiy Ahmed Ali, when he faithfully served TPLF leadership.

Another important fact is the trust given to NEBE: a paltry 15% and the total discredit of the democratic exercise of the vote (postponed at the time) expressing the need for truly free and fair elections. As for the policy promoted by Abiy of replacing the current ethnic federalism with a central government, 61% of young people interviewed declared that they prefer federalism to a unitary system of government.

The Afrobarometer survey done before the conflicts in Tigray and Oromia gives us an idea of ​​how many votes Abiy and the Prosperity Party could garner: from 36 to 22%.

Abiy is aware of his unpopularity even among the main Amhara and Oromo ethnic groups. For this reason he needs a strategy of exclusion from the vote clearly implemented in recent weeks. I bet the results of the June 21 elections are going to be fanciful. I expect percentages, if not Bulgarian, at least 70%, obviously in favor of the Prosperity Party.