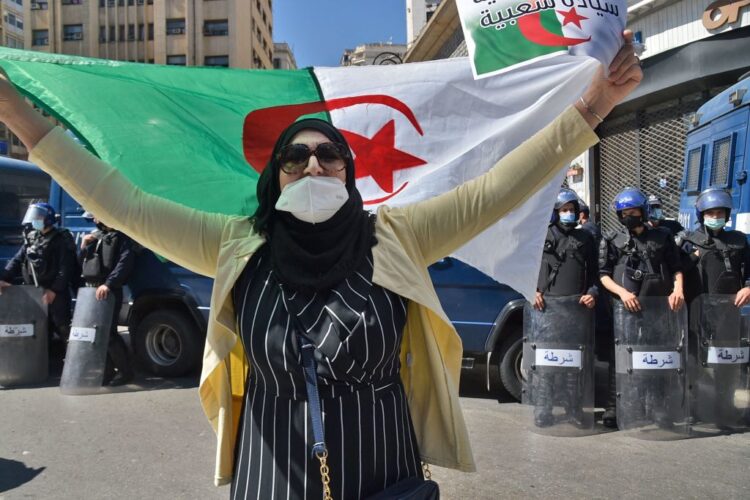 A year ago, Algerian authorities shut down the “Hirak” pro-democracy protests in most of the country. Since then, the number of unfounded terrorism prosecutions has soared, problematic amendments to the Penal Code were adopted, legal actions were initiated against  civil society organizations and opposition parties, and the crackdown on human rights defenders and the media has intensified, while authorities have continued to obstruct independent unions’ registration and activity.

#NotACrime is an online campaign aiming to draw attention to the ways in which Algerian authorities have increasingly attempted to stifle dissenting voices and independent civil society. Launched by 38 Algerian, regional and international organizations, the campaign will be conducted until 28 May on the organizations’ respective social media accounts.

The campaign calls on Algerian authorities to end their repression of human rights, immediately and unconditionally release those detained solely for the peaceful exercise of their human rights and allow everyone to freely enjoy their rights.

At least 300 people have been arrested since the beginning of 2022 (as of 17 April) for exercising their right to free expression, peaceful assembly or association, according to Zaki Hannache, a human rights defender, though some have since been released. Arrests and sentencing of peaceful activists, independent trade unionists, journalists and human rights defenders have continued unabated, even after the protest movement was shut down. Algerians jailed for their speech have repeatedly carried out hunger strikes – El Hadi Lassouli since 3 May for instance – above all to protest their arbitrary imprisonment.

The death in detention of Hakim Debbazi on 24 April, after he was placed in pretrial detention on 22 February for social media postings, shows what is at stake when people are detained simply for exercising their human rights.