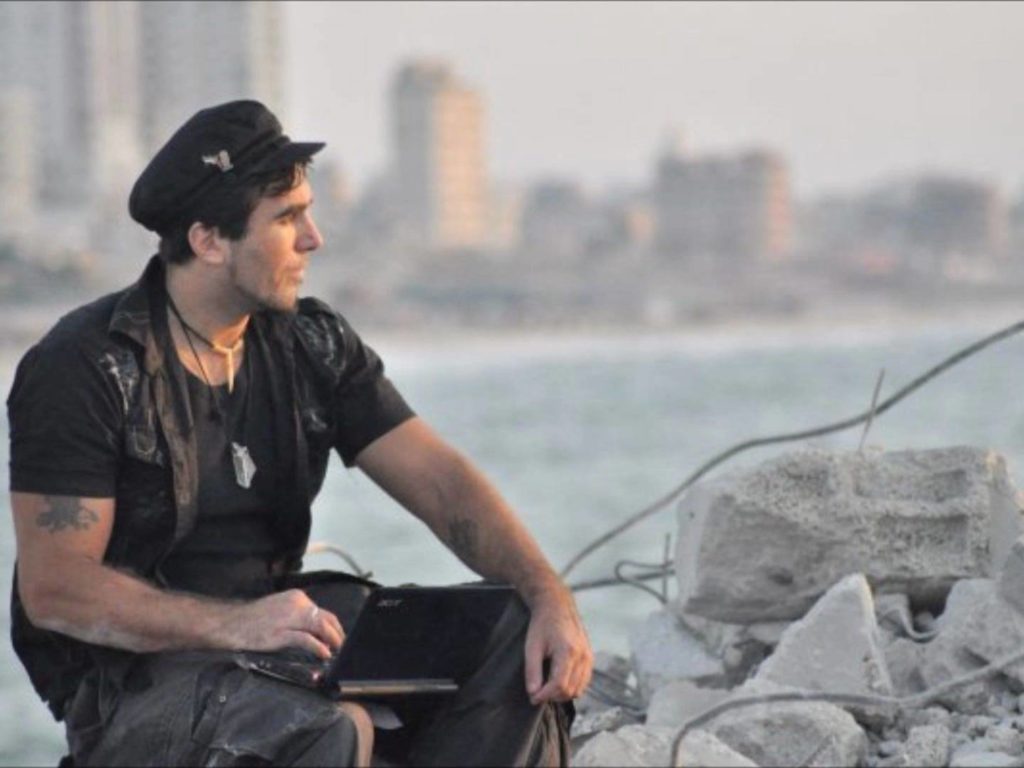 Nine years ago, on the night between April 4th and 5th, Vittorio Arrigoni, a colleague and friend with whom I shared a passion for human rights journalism, was kidnapped and killed in Gaza. Today, as the world faces the most serious emergency since the Second World War, the need to remember who Vik was is more important than ever.

His story as a pro-Palestinian activist began in Besana Brianza. He showed his solidarity to the Palestinian people and at the same time developed his commitment of shedding light on what was happening in Gaza.

Vittorio went there to fight against what he called “ethnic cleansing” of Palestinians by the State of Israel. Those who knew him personally admired his humanity and kindness as well as his political and moral commitment. Vittorio was in Gaza during the attacks on the Gaza Strip in 2008. He was one of the only eye-witnesses to Operation Cast Lead (or the Gaza War), the military offensive launched by the Israeli army in Gaza on 27 December that lasted 21 days. He reported about it for the Italian newspaper Il Manifesto and in the book, Restiamo Umani (Gaza: Stay Human). The offensive was a massacre; 1417 deaths, of which 313 were children (according to the Goldstone report), and about 5,000 wounded. Through his daily articles, you could smell the rancid odour of sulphur, see the flashes of missiles tearing through the sky and hear the blasts of the bombs when they hit their targets.

“My ears are now deaf and I have no more tears in my eyes as I look at the corpses. Many, too many children,” Vik decried on YouTube and other social media outlets as he witnessed the attacks on civilians, sacred places, schools and hospitals.

“It is September 11 every hour, every minute, everywhere, and tomorrow is always a new day of mourning, always the same,” he wrote in Il Manifesto, launching an appeal to Italy and other countries calling for the urgent need of a peace process to end the horrors in Gaza because, “choosing to remain silent means supporting the genocide underway. Shout out your indignation, in every capital city in the “civilised” world, in every city, in every square, and drown out our screams of pain and terror. A part of the human race is dying to merciless ears.”

Vittorio, young, loyal and courageous, gave us dramatic and moving stories about the events in the Gaza Strip. Vik was used to pushing himself beyond all borders, even utopian ones, and it had become his second home. He wrote his stories between death threats and his support to the Palestinian cause, the siege of a population asking to live in their own homeland, with dignity. The right to “exist”.

Today, more than ever, we should read his book Stay Human. It describes how the Israeli occupation suffocates hopes and kills rights in Gaza and the West Bank daily. He tells us that in order to “stay human”, we must be true to our own humanity and the sense of justice that the fight for human rights and for the freedom of the Palestinian population carries with it; to be true to ourselves and not turn into unfeeling, apathetic and indifferent witnesses to facts and carry on the battle of testimonies and information that those who killed Vik wanted to strike.