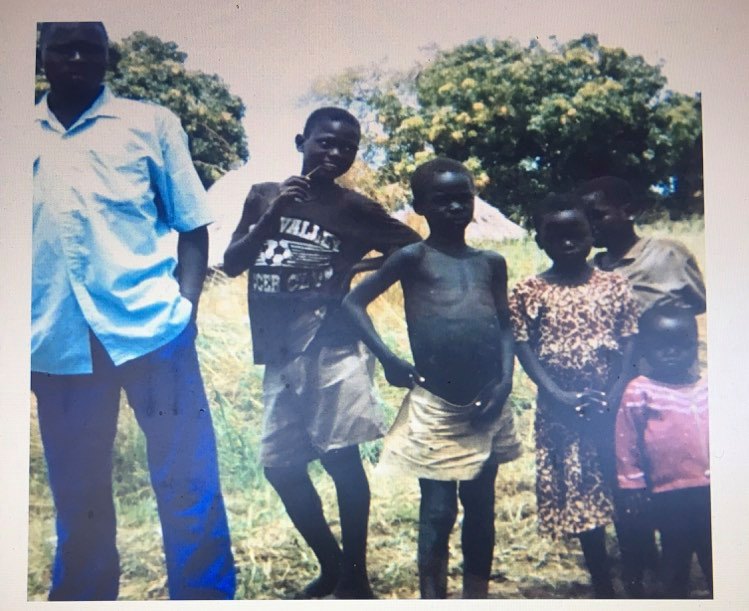 I have a vivid memory of those days, as if it were yesterday. I had always thought of my future as a social service, not just as a doctor. Therefore, without thinking very much about it, I decided to specialize in Infective and Tropical Diseases, even though it’s not very lucrative.

My dream was to work in Africa sooner or later.

My residency was very difficult. Not so much from a medical point of view but from a human one. The HIV emergency had just exploded, adequate treatment didn’t exist, my patients were on average my age and many of them were dying. It lasted a few years and it was extremely difficult, but it helped me to understand what it meant to use your knowledge at the service of others.

After a few years of working with an NGO with which I worked on projects regarding TBC and HIV in Romania, in 1999 I left for Uganda, en route to Kitgum and the St Joseph Hospital, run by the same NGO.

I still remember with deep emotion the feeling I had the first time I entered the hospital. At the time I was afraid of not being competent enough and of having bitten off more than I could chew.

The hospital was nothing like the Italian one I was used to. There were a lot of courtyards where dozens of people gathered – mostly women – and most of the time they ignored me or stole glances of me, without greeting me or responding to my greeting. It was like that for the first few weeks.

The so-called wards were in between one courtyard and the next. They were basically either tiny rooms or enormous halls with high ceilings and dozens of beds. The looks on the patients’ faces were resigned and sad. Some of them, the more serious cases, were being assisted by a family member, usually a woman.

I was introduced to the staff. I was struck immediately by two people. The first was the so-called Medical Assistant, a sort of registered nurse, whose task was also to do rounds. His name was Joseph. I wasn’t used to a role like his, but he seemed to know how to move around and give orders very well. The other person was my African colleague who assigned me my duties. At the time, my English was very basic, but that wasn’t the problem. I had the distinct impression that he couldn’t wait to get away from there and leave me to my new responsibilities.