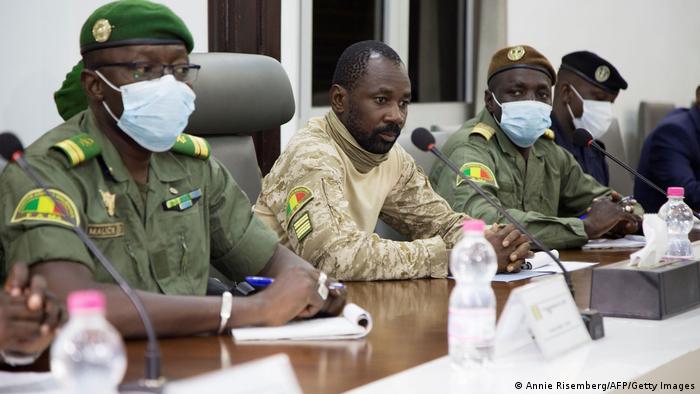 Four days of meetings and negotiations in Rome brought facoing each other the government of Mali and the Tuareg groups of the north of the African country. This important moment of confrontation was organized by Ara Pacis Initiatives for Peace Onlus which succeeded in the very difficult task of getting the government of Bamako to talk to the former rebels. These armed groups, which are mainly of Arab and Tuareg ethnicity, have been playing a leading role in Mali crisis for many years, even before the country was overwhelmed by the jihadist wave. The military council led by Colonel Assimi Goita understood that it was necessary to come to terms with the representatives of the region called Azawad. The Coordination of Azawad Movements (CMA) opened a dialogue with the Minister for Reconciliation, Colonel Ismael Wague, representing the government of Bamako. Last May, Rome was also the stage for a first meeting between armed groups that had created a “Permanent Strategic Framework” (CSP, Cadre strategique permanant), with the aim of pursuing their own needs. In May there was also a greeting from the Italian Foreign Minister Luigi Di Maio, but the Italian government had not participated directly. In October this path of reconciliation had suffered a hard stop, when Colonel Ismael Wague refused to recognize the CSP as an entity with which to relate, but things were then resolved. Great satisfaction with this meeting was expressed by CSP spokesman Moussa AG Acharatoumane, a former warlord, who said that relations will now relax and that the Malian government has made a concrete commitment to the implementation of the 2015 Algiers agreement. In Algeria a series of important compromises had been reached such as the creation of regional assemblies in the north, but without autonomy or federalism, the creation of a security force composed of former rebels, the withdrawal of the malian army from some areas, new development plans for Azawad and the cancellation of arrest warrants for some leaders of independence movements. Maria Nicoletta Gaida is the president of Ara Pacis Initiatives for Peace Onlus and does not hide the satisfaction of this important step forward made for Mali. “The Algiers Agreement was made to put an end to the problems in the north of the country, but has not yet been implemented. We have used our network of contacts to foster dialogue between Bamako government and the CSP and we have found in the military council of Assimi Goita the will to listen. This is demonstrated by the presence of Minister Ismael Wague in Rome, unfortunately often a bit of mutual trust is lacking, but at the end of the month what was decided in Rome will be defined in Bamako. We obviously inform the Italian embassy in Mali and also the Italian Farnesina of our initiatives, but they are not an active role to the agreement. We must understand each other and not listen to only one part, we always try to mediate. The malian people are young and want peace and serenity and both the military coincil and the rebel groups have understood the importance of national reconciliation. ” This meeting in Rome, however, made France turn up its nose. Paris is in trouble in West Africa and the Barkhane mission is a complete failure. A few days ago the malian military council expelled french ambassador for criticism from Foreign Minister Le Drian, who had defined the new government as illegitimate. A very serious wound for France which, through the mouth of Nicolas Normand, former ambassador to Mali at the time of Nicola Sarkozy, declared that the italian ambassador should be expelled and not the french one, precisely because of this mediation meeting held in Rome.