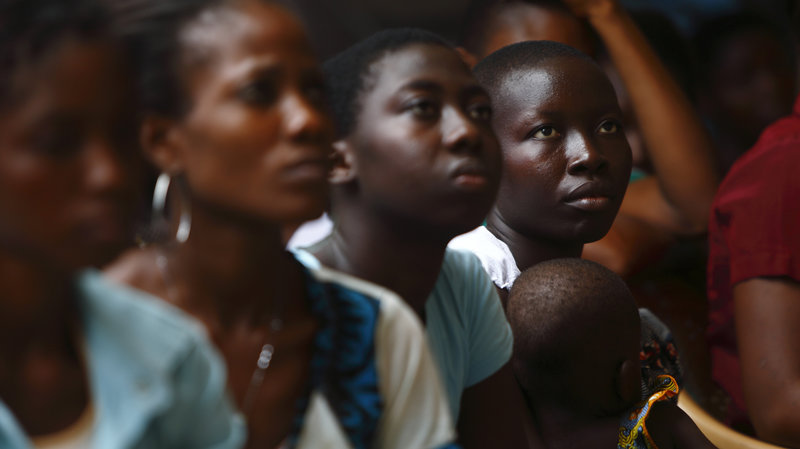 Arriving in Italy from Sub-Saharan countries is no easy task. What drives men, women and children of all ages to leave Africa to reach our coasts is a long journey and not without danger and risks.

It is more so for women. And children. By nature two categories exposed to greater personal risks than others. Both during the journey and during their stay at detention centers in Libya. For many of them, their fates are marked.

The young women recruited in Nigeria by criminal organizations, who pay for their passage in the form of a loan to be reimbursed by their families through the exploitation of their daughters’ work – as we know through many media sources – inevitably become victims of rape by the traffickers. And once they have arrived in Italy, they are forced into prostitution. There is no escaping it. They cannot rebel. Those who try suffer brutal violence and mutilation and put their lives at risk. Few women manage to escape slavery with the help of volunteer associations and religious organizations that offer assistance and protection. We know the stories of some of the women who were freed thanks to the interventions of said organizations. The destitute families; the unawareness of the fate they had to surrender to; the voodoo of the tribal rituals they are subjected to in Africa that, by instilling terror in them, delivers them irreparably into the hands of their tormentors; the resignation, the fear and the hope found in a future, however uncertain it may be, that they painstakingly glimpse with the aid of those who provide help.

Sadly, we are defenseless against situations that take place in other parts of the world and we don’t how to tackle them at a distance. But in the long series of events that brings these young unsuspecting women from Nigeria to the streets in the outskirts of Italian cities, are there any weak links that can be bent, if not broken, in order to try to obstruct the vile practice of human trafficking to which the young women – and all of us – suffer the consequences?

The best time to intervene is as soon as they reach Italian territory. There are unequivocal signs of their conditions of servitude that have been observed multiple times and described in detail by those who offer assistance at landings. The young women arrive with the scars of the violence their bodies have been subjected to and without shoes, yet they are in possession of a cell phone. The numbers of those who will victimize them from the moment of their entry are stored in the phones under the guise of a relative or friend. The media has talked about the phenomenon on several occasions in great detail.

The measures implemented in Italy to stop it, however, are not as proportionally discussed. Excluding the interventions after the fact to remedy dramatic situations – the emergencies of the migrant landings, the dramatic rescues at sea, and the problem of overcrowded centers –  it seems that nobody worries about the different situations and the need to proceed with a specific course of action immediately, before they are taken to reception centers or coinciding with it.

More attention is given to unaccompanied minors, only a small part of which – as revealed by statistics – are entitled to foster care, while the phenomenon of their disappearance from the centers to end up in organized crime networks seems unstoppable. Young slaves, sold or exploited, whose lives we seem to deliberately ignore because we are distracted by our own lives.

The press does not inform us sufficiently on the scale of the problem nor on the handling of these specific cases, where the greater the vulnerability, the higher the impact of deterioration on the social level that follows.

Women and children are blurred into the mass of migrants and get lost in the transit channels towards their destinations. Who they are, bottom line, doesn’t really seem to interest anyone.

Public opinion – in the absence of the media raising awareness of the problem – is almost entirely drawn by the media campaigns on landings, the initial reports on rescue missions, and the controversies over migrant distribution.

What happens after remains ambiguous, left to chance. As if the fate of single individuals are not our problem anymore once the preliminary duties have been exhausted. So it should hardly be surprising that the media reports these incidents, and then we get upset about situations of hardship and degradation found in urban areas and in the outskirts of cities that are the source of a latent social conflict with uncertain results.

Abdicating responsibility of the aftermath and not being concerned with what is happening to young African women and children in our country – showing indifference to this aspect of the issue – does not only penalize people who are already in difficulty and marginalizes them, going against every ethical principal, it also damages the entire national community, exposing it to the risks of a lack of protection by institutions, and the rules of life that have allowed for civil development and its progress over the years.

The “European way of life” – to cite Von der Leyen’s definition – is an ideology based on a scale of indispensable values rooted in our collective consciousness to which European civilization owes its identity and is the reason for its future existence. Good practices derive from this ideology and include taking care of people who need protection and must be offered the best social inclusion possible. Because if you lose track of other people’s lives, especially the weak and helpless – such as is the case with the women and children who arrive to Italy from Africa, among others – we run the risk that the tracks of our own lives get tangled up.