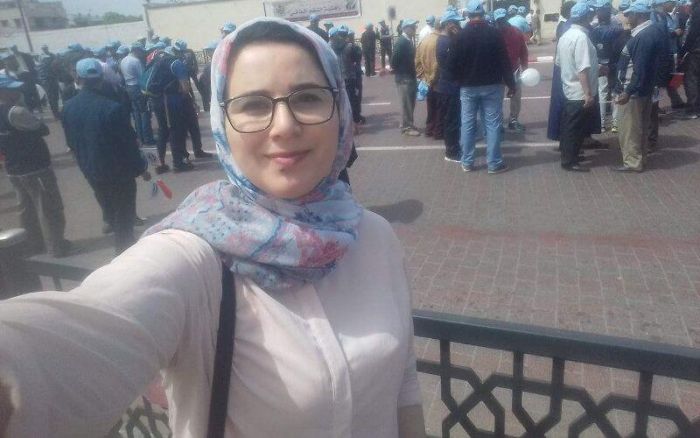 On 16 October the king of Morocco, Mohamed VI, pardoned Hajar Raissouni, a journalist with the independent newspaper Akhbar al-Yaoum who was sentenced to a year in prison for abortion and sexual relations outside marriage on 30 September.

Hajar was arrested on 31 August along with her fiancé, Amin Rifaat, a doctor and two of his assistants outside a clinic in the Moroccan capital, Rabat. They are all expected to be pardoned as well.

We have already reported that abortion is permitted in Morocco if the wife’s health is at risk and only if the husband consents to it. Clearly, in the case of  Hajar and Amin this does not apply because according to the penal code they committed a crime within a crime.

Furthermore, Hajar has always claimed she married her fiancée and that the delayed delivery of the documents from Sudan prevented  a prompt registration of the marriage certificate at the Moroccan registry office

The journalist is known for her articles criticizing the government. In May, she published a long interview with Nasser’s father Ahmed Zefzafi, leader of the protest movement Hirak El-Rif who is currently in prison.