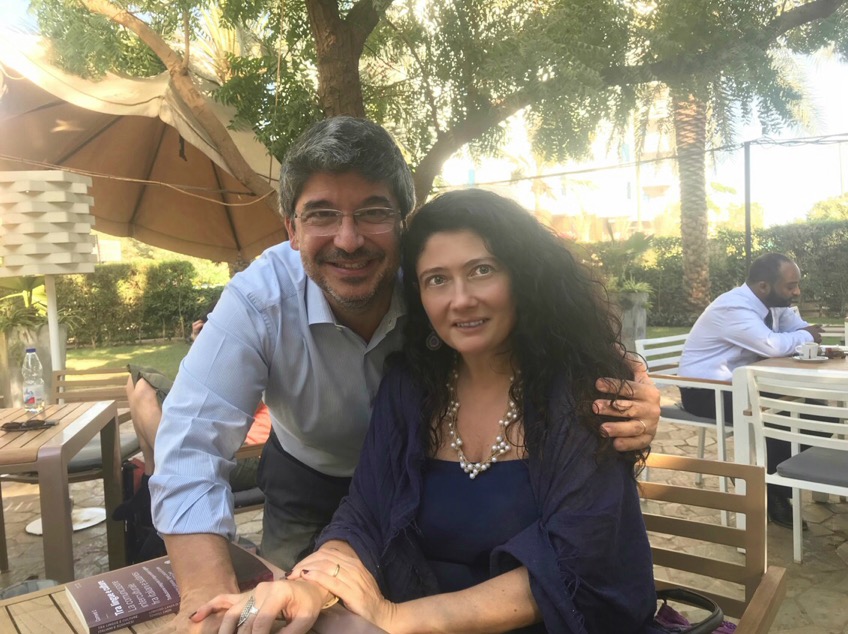 It’s been a year since my arrest in Sudan. Today, those responsible for the darkest hours of my life have been identified and can’t hurt me anymore, so I can talk about what I risked and how it was prevented from getting worse thanks to the timely intervention of our embassy in Khartoum.

A few weeks ago, through Suliman Ahmed Hamid, spokesperson for the Zagawa ethnic group, one of the most important tribes in Darfur, I was told that those responsible for my arrest, that was considered “abuse of power and a violation of the rights of journalists” by the Commission of Inquiry in Sudan established for the case, had been identified and sanctioned. He also told me that the manager of the hotel I was staying at during my stay in the Sudanese capital, the Rawaq Hotel, had been taken in for questioning by agents of the security forces, the same that had searched the room I had vacated when I transferred to the Italian Ambassador’s residence where I was offered hospitality so I would feel safe.

If our diplomatic services hadn’t taken responsibility for me, the ending to my story could have been very different. Today, as this ugly human and professional chapter comes to an end, I can rid myself of a heavy burden that I have had to carry for months, alone. One I could not share even with my family: details that have never been revealed, kept silent for investigation purposes and the danger of retaliation.

While I was in the hands of the Sudanese National Security Service, I suffered heavy intimidation and was treated brutally.

I never spoke publicly of my arrest, in part because I didn’t want to be nor felt I should have been “news”.

I was in Sudan to report the “facts”, to shed light on a revolution nobody seemed to care about; the violation of rights, killing harmless civilians whose only offence was demonstrating peacefully. Crimes the world persistently ignored.

My ordeal, that was fortunately resolved in a few hours, was a consequence of the rising tension in the country.

It all began because I was filming. I hadn’t yet arrived at Omdurman, the twin city of Khartoum, the capital of Sudan, where a demonstration I wanted to report on was set to take place. I had asked the driver who had picked me up from my hotel to stop right after the bridge crossing the Nile so I could shoot some footage. A shot of the landscape, the river, the people gathering outside a government building. Brief frames to use as cutaways in the reportage I was going to make as soon as I returned to Italy.

Perhaps I aimed my lens at the wrong places and people. What is certain is that two individuals in civilian clothes walked up to me and asked me why I was taking photos. I asked them to show me ID proving they were with the police or security services but they ignored me. They took me to an unmarked building. They took my video recorder and camera. They looked through what I had shot and photographed and erased everything. I was angry and nervous but I tried to keep calm. Until that moment, I though it was a regular stop and search. Then the threats started. They forced me to give them my phone and when I refused to give them my email password, they became aggressive. One of them grabbed my arm, put his face near mine and yelled at me in an incomprehensible English that if I didn’t collaborate and didn’t keep my mouth shut, he’d see to it that I stopped being arrogant and disrespectful to a man.

In that moment I was really afraid that something bad would happen to me. The other man intervened and calm down his partner. He pushed him away from me. Then he turned to me and told me to let him check the content of my phone if I didn’t want things to get worse.

I gave in. They looked through everything, even my personal photos and messages. I tried to protest, but it was useless. I slumped down on the chair and said nothing as they combed through my life… It was the longest five hours of my life. Then they received a phone call. I understood by the tone of the “good cop” that the caller was somebody powerful and important. When the call ended, the atmosphere in the room changed immediately. They gave me back all my electronic devices and without saying another word, they let me go. I found out later that the caller was the Minister of the Interior who had been urged by our embassy’s Director of the Secret Service because he was “worried about the Italian woman who had disappeared from the hotel she was staying in”.

If everything was resolved in only a few hours, it is thanks to our intelligence services and diplomats in Sudan. Had I been American or British, I wouldn’t have been so lucky.

I’ll admit that I didn’t feel completely safe until I saw the ambassador, Fabrizio Lobasso, with whom I have a long-standing friendship. Despite the risk incurred, I continued to do my job, gathering stories and statements, and recording what I saw.

I gathered facts about the hundreds of people in the streets demonstrating their desperation. About the random use of tear gas against men, women and children that I too had breathed. As I was returning to Khartoum, I documented the largest protest since the beginning of the revolts that was violently dispersed: the police were shooting at eye level.

Until then, I could only report burned buildings devoured by flames, rubber tires used as barriers and left on the side of the road, bullet holes in walls, and police charges against any form of dissent. I was there during the bloodiest hours of the unrest and I had proof that the military forces shot into the crowd of people protesting peacefully. A country of repression and radicalism, violence and trafficking, death and impunity, Sudan was experiencing the bloodiest hour of its people’s revolution, tired of the war in Darfur, of the carpet bombings on the Nuba Mountains, and of the refugees massacred by order of an unscrupulous dictator, Omar al-Bashir. In the heart of Africa, where armed repression was standard issue and the president continued to rule notwithstanding an international arrest warrant issued against him for crimes against humanity, war crimes and genocide, the tyranny was coming to an end.

And I was there, the only Westerner to witness the gravity of the situation.

The government had blocked Internet communication and the national media outlets censured the news. My story was the only one that managed to break the deafening silence about what was happening in Sudan. Because of my arrest, even Italy finally lit the spotlights on the protests, massacres and injustices in Sudan.

Despite the risks incurred, I know that it was right to be there. Because this is what a journalist does; they go to the field and cover what they see.