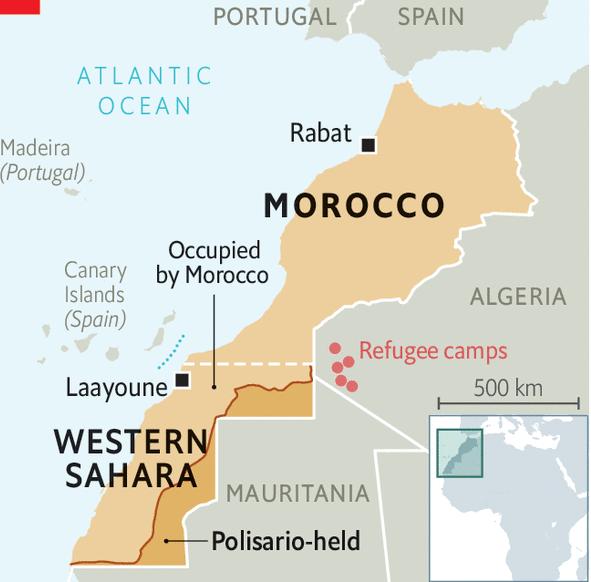 2019 was supposed to be the year of hope for the Sahrawi people in the resolution of the longest conflict in Western Saharan Africa. Following intense negotiations that sparked hope for peace in Western Sahara, the United Nations-led peace process was blocked in 2019 when Horst Köhler resigned as the UN Secretary-General’s personal envoy for Western Sahara and whose position is still vacant.

Köhler, former President of Germany, decided to step down from his role of United Nations envoy for Western Sahara in May of last year after 20 months of negotiations that amounted to giving new life to peace talks on the Western Sahara conflict.

He resigned due to health reasons, but Moroccan double standards undoubtedly reinforced his decision to leave his role in the peacekeeping mission. With his departure, the conflict in Western Sahara will have expended four mediators after the two Americans, James Baker and Christopher Ross and Dutch Peter Van Walssun.

In its position of deadlocking, Morocco has not proven to be cooperative, rejecting the confidence building measures the UN envoy insisted on, particularly those concerning  “landmine clearance and resuming visits for Sahrawi families”.

According to the Polisario Front, the inflexibility of the occupying power of the Moroccan government during the peace talks “shatters any chance of restoring confidence and posing fundamental questions”.

The disappointment was equal to the hope for the Sahrawi people who believed that self-determination was within reach after twenty years of unkept promises.

A failure for both the United Nations and the Security Council.

While the absence of a personal envoy paralyzed the peace process, the United Nations nevertheless urged to maintain the momentum obtained in Geneva, allowing the Sahrawi people to exercise the inalienable right to self-determination. The only way to reach a peaceful and long-term resolution in the last African colony.

It goes without saying that the delay in appointing a new envoy for Western Sahara was exasperated by the preconditions imposed by Morocco.

In October, a divided Security Council adopted an unbalanced resolution that struck a blow at the political momentum that had been created for 18 months.

The resolution presented by the United States, but characterized largely by a French imprint, was criticized by several members of the Security Council as being “worded in favor of Morocco”.

South Africa, Russia and China complained of attempts to blur the parameters for the resolution of the conflicts agreed upon in previous Security Council resolutions.

References to the terms, “realism” and “compromise” in the current resolution were viewed as an attempt to undermine some of the principles including the right to self-determination of the Sahrawi people, that, however, was sanctioned by the General Assembly and the Security Council’s pertinent resolutions.

In September, in a report presented to the General Assembly, the United Nations Secretary-General, Antonio Guterres, removed any doubts about the Western Sahara conflict reaffirming that the organs of the United Nations should treat the agreement as an issue of decolonization.

At the same time, the Polisario Front, that continues to ask for the end to the deadlock, has declared that, “it will never be involved in any process that does not respect the rights of the Sahrawi people to self-determination”.

The declaration was reinforced by its Secretary General, Brahim Ghali, who is also president of the Sahrawi Arab Democratic Republic (SADR), at the 15th Polisario Front Congress held in Tifariti in the Liberated Sahrawi Territories from 19-25 December, 2019.

The Congress was an occasion to emphasize the ongoing battle of the Sahrawi people and the important contribution the African Union (AU) could give in liberating the occupied territories.

Meanwhile, the large number of foreign participants at the congress reflects the momentum of international solidarity with the Sahrawi cause expressed previously at the 44th European Conference of Support and Solidarity with the Sahrawi people (EUCOCO), held in Victoria-Gastiez, Spain, in November. The conference aimed to “contribute decisively to the efforts of the international community to reach a peaceful solution to the conflict and also to be a transcendental milestone in the peace process.”

On the same wavelength, 2019 was characterized by a greater mobilization on the part of NGOs and human rights defenders all over the world to prevent the looting of natural resources in Western Sahara that occurs without the consent of its people, the rightful owners of the territories.