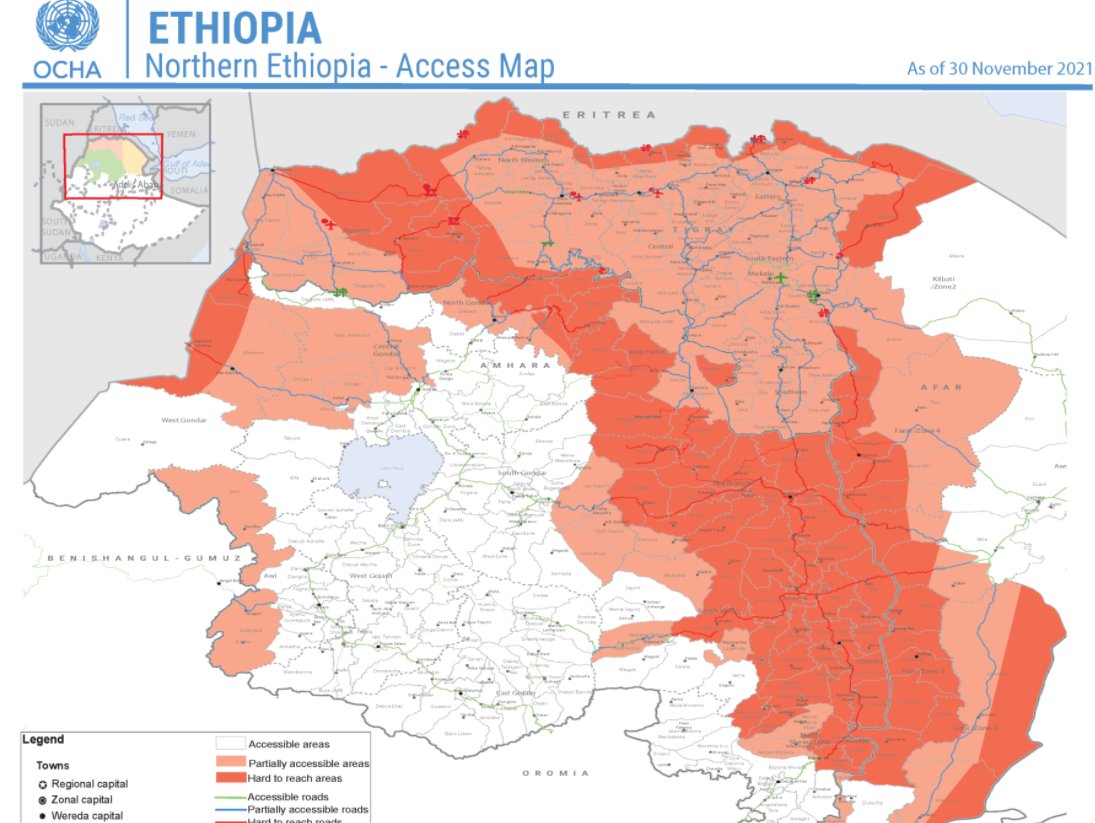 On Sunday 9 January, reports arrived that Eritrea had launched a heavy military attack on Tigray the previous day.

“Yesterday the Eritrean army launched new attacks against our forces in Sigem Kofolo … located in northwestern Tigray near the city of Sheraro,” the news was shared on Twitter by TPLF spokesman Getachew Reda.

Eritrean President Isaias Afwerki told state Eri-TV on Saturday that his troops would work to prevent Tigrinya forces from attacking his country or threatening the stability of Ethiopia.

It is not possible to verify as a blackout persists and the region has been isolated since November 2021 when the war broke out. Reuters tried to ask the parties for comment. Eritrean Information Minister Yemane Gebremeskel, Ethiopia’s military spokesman, Colonel Getnet Adane, government spokesman Legesse Tulu and Prime Minister Abiy Ahmed’s spokesperson, Billene Seyoum, did not comment.

While, in the catastrophic humanitarian context in the Tigrinya regional state, due to the insecurity of those areas and the blockade still present to humanitarian agencies in Tigray, their work and life-saving material, UNOCHA has declared that it suspends activities in the regional northwest:

The announcement comes after the last two air strikes that targeted refugee camps in Dedebit and Mai Aini, killing dozens of civilians, including children and injuring as many.

As for the attack on Dedebit, there have been updates on the estimates of victims and injured: 57 people killed (55 at the bombing site and 2 in the hospital) and 126 wounded including 28 in critical conditions, civilians hospitalized at Sihul hospital where there are no medical supplies.

The statement added that much of Tigray is facing famine with a “blockade of almost all aid,” including food and medicine, and recalled that as of January 7, 2022, only 1,338 of the 17,600 trucks needed to deliver humanitarian supplies had entered the country. Tigray.

“Famine deaths are increasing: a minimum of 425 starvation deaths per day and a ‘low maximum’ estimate of 1,201 deaths per day,” Refugees International said.

The conflict, which has also spread to the Amhara and Afar regions, has created millions of displaced persons and people in need of humanitarian support. As in Tigray almost totally at the mercy of events, in addition to the humanitarian blockade for political will, food and resources for subsistence and causes 80% of hospitals and health facilities rendered uninhabitable or looted, also in the two neighboring regions different areas are inaccessible by making humanitarian provision impracticable to all people in need of urgent support.

Ethiopia, mass arrests and justice for the victims of Tigray