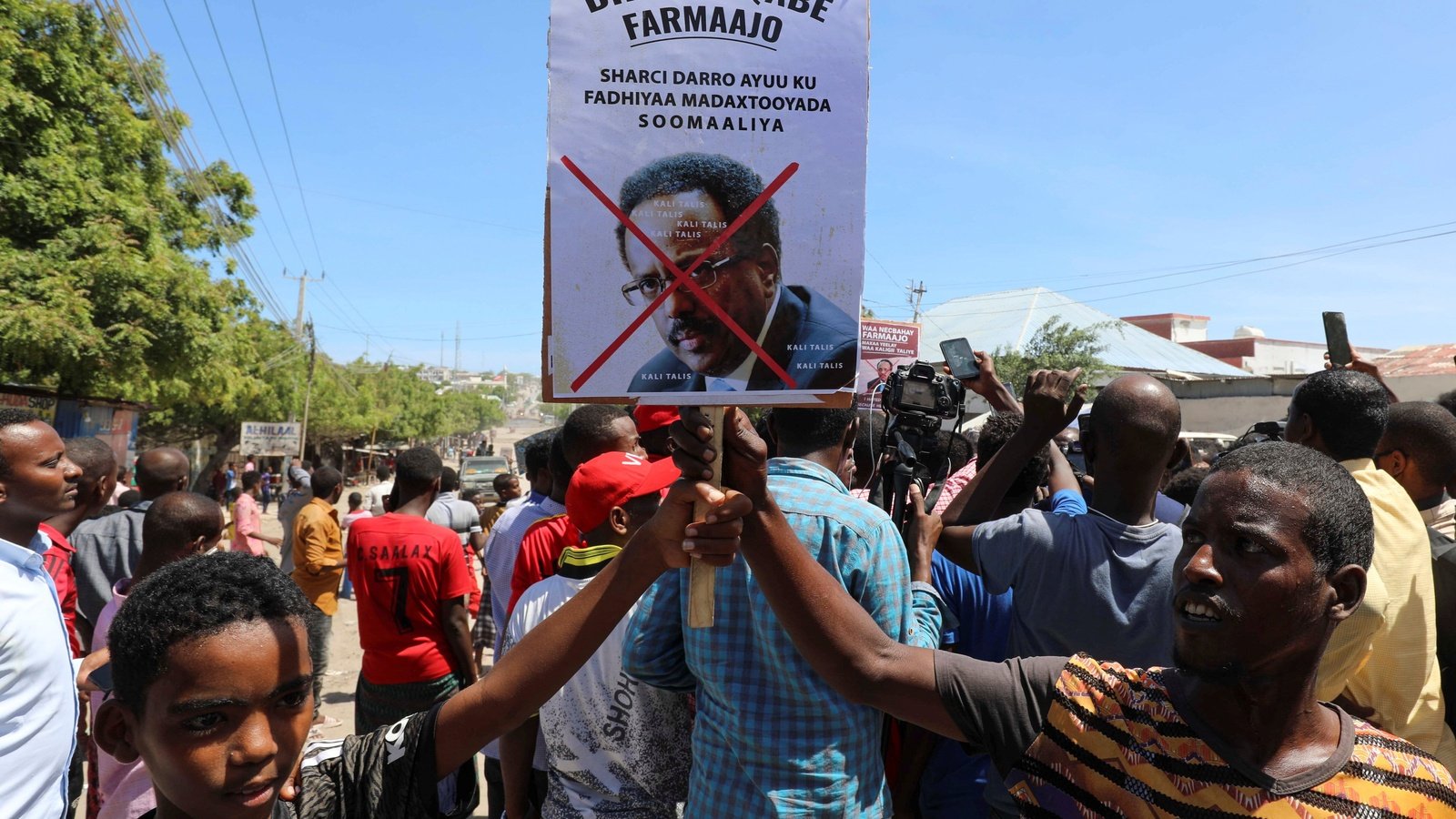 After several days of high tension the situation in Mogadishu finally it seems under control. The political and military clash between Prime Minister Mohamed Hussein Roble and  President Mohamed Abdullahi Mohamed Farmajo stopped thanks overall to huge international pressure in an attempt to avoid one more tragedy in the battered Somalia. December 27 President of Somalia had suspended Prime Minister from his position accusing him of tran to sway an inquiry by the judiciary about an alleged land speculation. President Farmajo had tried to concentrate all political power on himself also using military loyal force to him to deny access to Roble to Prime Minister office. Roble refused to accept Farmajo’s decision declaring it outrageous and an “indirect coup d’etat” and deploying troops loyal to Prime Minister in front of Presidential’s building, as demostration how somali army split down the middle in this dangerous situation. But the real reason of fighiting are the elections dragged on for months.  President Farmajo tried every excuse to delay election in Somalia seeking have his presidential term estended for more two years saboting Prime Minister’ office work. The somali electoral system is very complex beacause presidential election is indirect. The regional councils elect senate and enders of somali clans elect lower house. The two branches later elect President. Somali reporter Said Hassan Anteno explains that this fragile truce can’t last. “In Somalia our gouvernment is organizing a “selection” not a real election, to choice parlamentarians in favour of his political idea. The clash is not over, bat at the moment the two big contenders are weighing their own strenght. In my opinion election’s day it will  move further away and only the intervention of International community could avoid to plunge the country into chaos one more again. President Farmajo fears election because is under dog and he will try everything to stay in the saddle.” Usa have side with Prime Minister condemning the act of President Farmajo as reckless act, but also Onu and Oua has expressed its concern. In last days Roble, thanks to International support, met representatives of federal gouvernment and major of Mogadishu to carry out the election process. In Somalia last elections were held 50 years ago and the country is fragmented from 1991, when former British Somalia self proclaimed indipendent as Somaliland. Today the country of Horn of Africa is trying to get back to normal life, but this precarious  balance is undermined by terrorist attack of islamist group Al- Shabaab, affiliate of Al Qaeda, composed by members of Islamic Courts. In this lack of power Al- Shabaab hit near capital city and here and there kenyan border. Al- Shabaab in 2012 has been expelled from main cities, but this group is rooted in countryside  where Al- Shabaab created a parallel government. Lately inside Al- Shabaab a split has taken place when Abnaa ul-Calipha acceded to african caliphate of ISIS. Next months will be critical for Somali future, due to departure of majoritiy of american soldiers and the very short extension of UNISOM, African Union Mission in Somalia for over 15 years, while China will send a special envoy to coordinate polical future of Somalia.