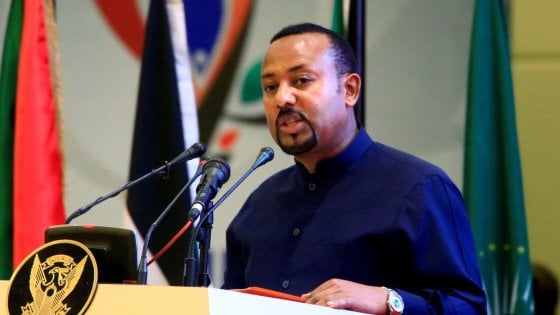 “Peace does not arise from the actions of one party alone. When Prime Minister Abiy reached out his hand, President Afwerki grasped it, and helped to formalise the peace process between the two countries”.

With this statement, the Norwegian Nobel Committee announced that the 2019 Peace Prize had been awarded to Ethiopian Prime Minister Ahmed Ali Aby with the hope that the agreement signed on 16 September in Jeddah will determine positive changes for the entire populations of Ethiopia and Eritrea.

Abiy, 43, received part of his education in the west. He became Prime Minister in March 2018 and also negotiated the agreement in Sudan between the military and civilians which led to the formation of a transitional government and brought peace to the country.

At that time, I met him and was able to extract some statements on the sidelines of the signing ceremony of the constitutional agreement reached by the parties for the democratic peace process in Sudan.

Despite his courage and determination, there are those who believe that honouring the Ethiopian Prime Minister with the prize this year is premature.

We are not one of those: Focus on Africa supports the decision to award Abiy’s efforts and they deserve encouragement.

Today’s recognition was not only for the peace agreement between Ethiopia and Eritrea.

Sure, there’s still a lot of work to be done and many challenges are still unresolved in the country, as the committee itself reiterates in the official declaration, stressing how ethnic rivalries continue to rise.

But when he took seat after the fall of the previous oppressive government, Abiy began progressive democratic reforms that were met with three assassination attempts and a failed coup meant to stop him.

The Prime Minister himself , who escaped the explosion of a grenade a few months earlier, announced the thwarted coup on live television.

In a firm voice and determined gaze, the Prime Minister spoke about the incident on state television reassuring the nation and stating that most of those responsible had been captured and the situation was under control.

With a population over 102 million, 70% of which is under 25 years old, Ethiopia is looking at a future open to great opportunities that were unthinkable three years ago.

A series of reforms and inconvenient measures, unwelcome by the old Ethiopian establishment, have shown Ably Ahmed’s determination and how he is envisaged as a courageous and innovative leader in present-day Africa. In just a few months, in addition to reaching the historical declaration of peace with Eritrea, he put an end to the state of emergency, released thousands of political prisoners and guaranteed freedom of the press.

“This award”, he said on receiving the recognition, “is for Ethiopia and the African continent” that believes in a democratic future and peace.