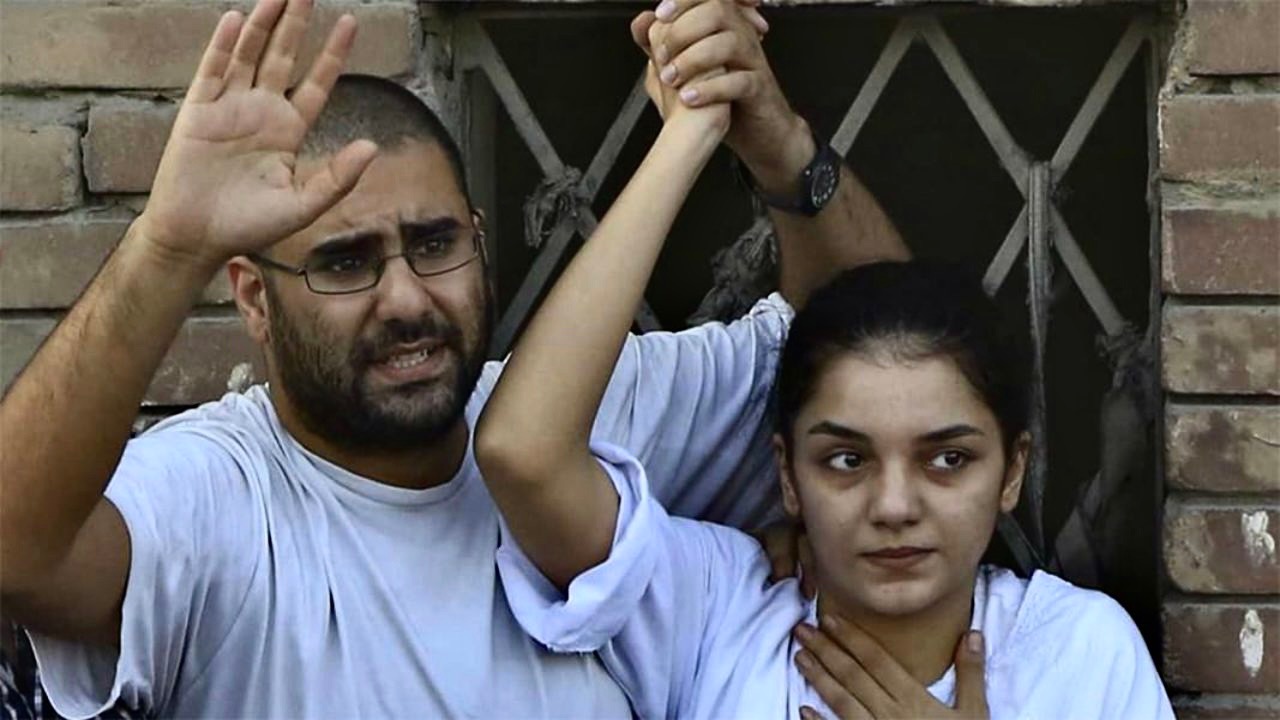 I am trying to find the energy and the words to explain ..
Alaa ‘s inmates in this new prison are mostly young men – much much younger than alaa- not affiliated with any political group, who have been in prison for years, and were told they would be out soon in a general pardon.

When the big general pardon they were promised didn’t happen, they became so desperate some were talking about group suicide.
The prison administration decided that the way to handle this is to cut exercise time and lock them in their cells most of the time!!

The situation was bleak and volatile. Alaa tried to negotiate with the officers that improving basic conditions to all prisoners might help, nothing exceptional just actually applying the prison law: radio for all prisoners as they were promised before eid, more time out of the cell, …
He was told this isn’t within their power, state security handles these kind of decisions. So he’s been asking to meet with the state security officer in charge to negotiate prison conditions on behalf of all prisoners especially the young ones who are at the edge of despair

This is the current situation in Wadi Elnatrun prison complex: Desperate young men thinking of ending their lives
Officers running the place who actually don’t have the authority to decide anything to do with those prisoners
Alaa much more fragile than he ever was before

“Make the vote meaningful for human rights observance: Human rights manifesto for Angola ahead of…