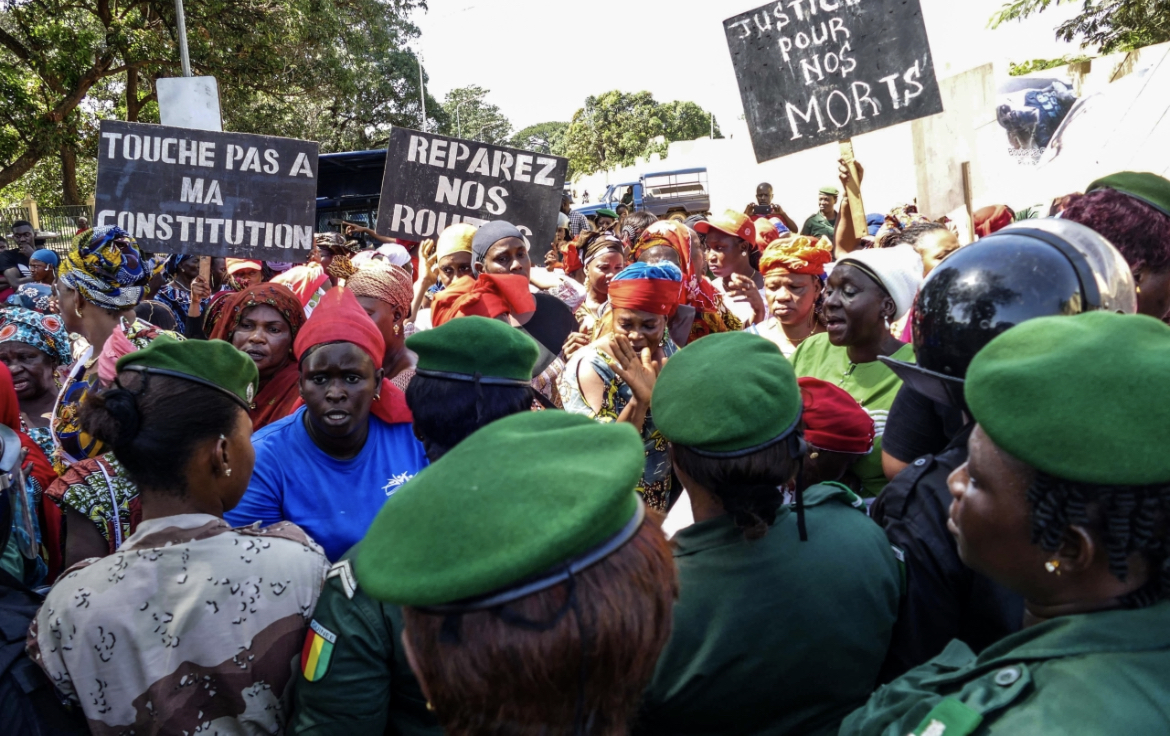 On 28 July the National Front for the defence of the Constitution, a civil society organization of civil society of Guinea, convened a demonstration to denounce the unilateral way in which the transition was being managed. Violence broke out between police and demonstrators. According to a statement from the authorities, five people died and several more were arrested,

On 29 July, legal proceedings were commenced against Oumar Sylla alias Foniké Menguè, Ibrahima Diallo et Saikou Yaya Barry for illegal protest, destruction of public and private buildings, incitement of a crowd, assault and battery, obstruction of freedom of movement and complicity, followed by their arrest on the night of 30-31 July. They are currently being held in Conakry civil prison.