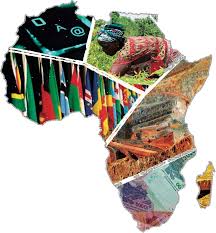 There is an electoral campaign underway, which will end shortly, aimed at redesigning Italy’s national political perimeters and international projections. Among the urgent issues to be addressed, that of migrants and new massive arrivals from the African coasts, thanks to the warm season and the calm sea, has come back to the fore. As always, for years now. With its tragic consequences of deaths and suffering which has accustomed us to witness. From some parts there are high-sounding promises of forthcoming decrees for rejections and emptying of centres and to drastically eliminate the problem on Italian soil. But without talking about Africa. From others, the situation is observed by acknowledging the difficulties it entails and advocating temporary solutions to mitigate them. But there is still no mention of Africa. Which remains an issue set aside by Italian politics, even in this phase of political confrontation on the future of the country. As if the Mediterranean were not the sea that unites two neighbouring shores, irremediably forced to cross their destinies along the paths of history, but an abysmal expanse of water beyond which there are distant unknown lands whose disturbing danger certain episodes – difficult to ignore because they alarm or disdain – they force us to remember every now and then. Although globalization has accustomed us to an enlarged world, where the fate of each one depends on the behaviour of all the others, knowing how to look beyond the narrow circle of the here and now to solve the inevitable fallout of problems of greater depth, freeing oneself from an inveterate provincialism, seems to be a difficult exercise to practice.

Libya is increasingly torn apart by the struggles between armed factions and divided into opposing hegemonic spheres, subject to foreign powers that exploit them to their own exclusive advantage. From its shores, landings have resumed, incessant. Tunisia is in turmoil, crossed by strong tensions and the arrivals of migrants from Tunisian ports have multiplied. The complaints about the collapse of Lampedusa are daily in the news and by the press. Nor are the conditions in other countries better. An extremely serious situation is recorded on the border between Ethiopia and Somalia by terrorist groups of a jihadist matrix inspired by Al Qaeda. While the whole sub-Saharan area continues to send alarm signals for the immediate and for the future. Starting with the insidious but rampant neo-colonialism implemented by the new great world economies, such as China, whose hegemony in this area is growing. Or by the military pressure exerted by Russia and Turkey, with unscrupulous mercenary troops operating undisturbed in the areas of greatest interest to the two countries.

Russia, for its part, has just inaugurated what observers call the “African campaign” by sending the powerful foreign minister Lavrov on a mission to Egypt, Ethiopia, Uganda and the Republic of Congo to weave a web that increases its weight in these regions in the new world order advocated. The effects of which will spill over to all nations of the globe.

But there is still no mention of Africa in the ongoing public debate which should, however, prefigure the attitude of the next government towards problems that directly affect – and it is not just the migration issue – our country and its relations with the rest of the world.

Yet, the war in Ukraine, with the wheat crisis and the energy supply problems caused to all European countries, has shown that nothing happens on the global chessboard that has no repercussions elsewhere. But the ongoing debate in Italy does not look beyond internal cases and phenomena, consequences of causes that continue to be ignored outside the circle of specialists sensitive to these aspects or of those who, for various reasons, they devote due attention to the reflections of the events in Africa on those of our country. When this is done, it is usually to delegate to Europe the burden of addressing the issue and reflecting on remedies.

Not taking into account the repercussions of various kinds – in the alternative to what happens on the African continent opposite us – is a mistake of perspective. Which risks, once again, to lead astray in the search for solutions. By showing the finger and neglecting to show the moon, a deception continues to be perpetrated against public opinion. Distracting her from becoming aware of what the framework of the world is in which everyone’s actions are inscribed. With all the unfortunate consequences that can then arise in the common decisions to be taken to face the events of the present and prepare to interact with the future ones. Which is reasonably the job of good government.