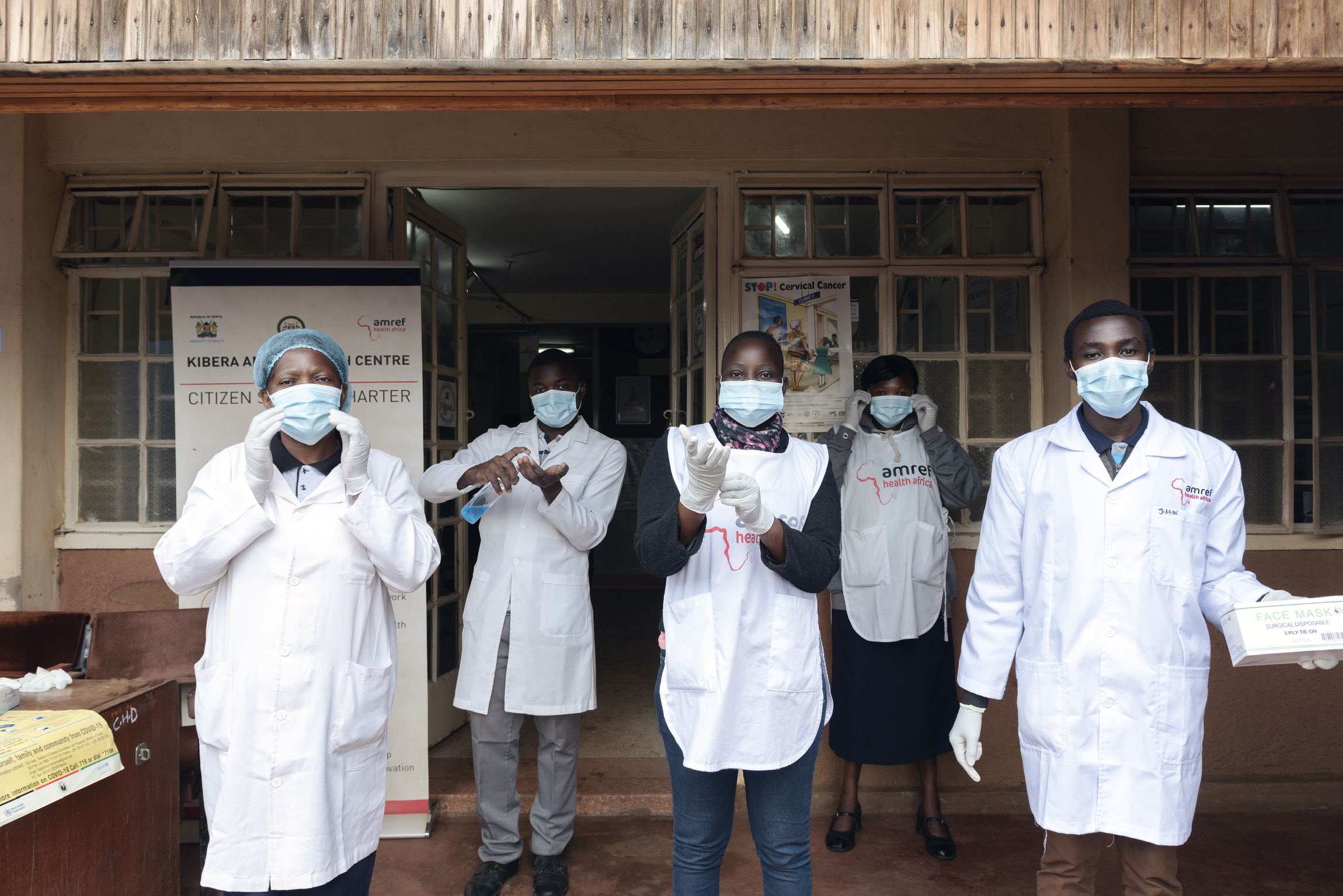 There is a race against time for the vaccine  (5G and colonialization) amongst opinion leaders and Amref Health Africa in South Africa trackers.

Boniface Hlabano, Head of Programs for the ONG, spoke about the battle against COVID-19 from Pretoria, the capital city of the country that has recently surpassed a million cases and 34 thousand deaths. Within this alarming scenario, the 501.V2 strain only adds to the anxiety that, as Hlabano explains, is terrorizing a population that is already frightened and weakened by the first wave.

The vaccine that is on its way and the relevant myths to dispel about it represent one of Hlabano’s  biggest worries because, as he explains, “ignorance is the most dangerous thing during a crisis.”

What is the current situation in South Africa?
COVID-19 is spreading at an alarming pace in South Africa with an average of 13,000 new cases per day. With 15,046 new cases reported between the 12th and 13th of January, 2021, the country is ranked 6th among the countries with the most reported cases in 24 hours. Last 28 December, South Africa surpassed one million cases, a number that represents over one third of the reported cases in the entire continent. Lastly, to date, about 7,287,100 swabs have been done in the country, and the daily percentage of new positives on the number of swabs is about 14%. Furthermore, in the first two weeks of 2021 alone, the country registered over 4,600 deaths due to COVID-19.

Which areas have been hit the hardest?  Gauteng is the province hardest hit in the country and it counts a total of 341,460 cases. It is the smallest, most industrialized and richest province in the country and therefore travel and the subsequent potential spread of the virus is more likely, above all during the holidays. KwaZulu-Natal is the second province in the country in number of contagions, a trend that can be attributed to the fact that it is the most populated province in South Africa. Furthermore, considering the living conditions and the weak health systems in rural areas, it is also possible that COVID-19 is rapidly spreading where the restrictions to stay home, social distancing and the necessary hygienic practices are measures that cannot be entirely respected.

What are the most worrying consequences of the crisis,  apart from the number of deaths and cases?Hospitalizations are increasing compared to the first wave with over 15,000 people currently being treated for COVID-19 in national hospitals of which one third are in intensive care. All this is putting a strain on healthcare facilities and staff. The intensive care units are crowded and the need for more beds is high. Another consequence which is rarely talked about but is deeply affecting the population, is the fact that South Africa is running out of spaces where to bury the dead. The lack of coffins, delays in burials and the lack of burial grounds are difficult to accept for anyone who loses a dear one.

What are people’s opinion on the vaccine?
There are contrasting opinions about the COVID-19 vaccine that go from enthusiasm to fear caused by rampant myths and misconceptions that some people propagate. Two of the most outrageous theories that have led many to fear the virus are the theory that the 5G network is linked to the COVID-19 pandemic, and the theory that claims that white people have already been vaccinated and that the vaccines arriving in Africa have the scope of sterilizing and even killing black people to reduce the black population so that Africa can be colonialized again. Unfortunately, ignorance is the most dangerous thing during a crisis. Various methods are being taken into consideration to make those who refuse to be vaccinated understand that vaccination is a simple, safe and efficient way to protect people from diseases before they come into contact with them. Heads of States, opinion leaders and other important figures are, for example, thinking about getting vaccinated in public to show their faith in the vaccine.

What makes you sad and what frightens you the most about the current situation?
The high rate of deaths and contagion from the 501.V2 strain frighten me enormously. The local researchers and scientists that are leading the strategy against the virus are currently evaluating if the vaccines against COVID-19 will also protect against the new strain. This further doubt is very alarming.

What is Amref doing in South Africa?
Thanks to funding from  the Africa CDC (Africa Centres for Disease Control and Prevention), we are working with the Ministry of Health to increase research and tracking cases in five different provinces. With the same aim, we have trained 906 health workers in the community to mobilise and educate communities on the importance of cooperating with health authorities in researching and monitoring cases, as well as the importance of quarantine and isolation in order to stop the chain of infection. We have also implemented 60 contact trackers and case investigators and provided them with cell phones to conduct the tracking. Finally, we hired and equipped 36 people to help collect, analyse and report data on contagion traceability.

How many people have you reached with this activity?
This project has reached 13,239 people who had been identified as direct contacts with confirmed cases. 82% of them were screened and 69% of those resulted positive to COVID-19. They were placed in isolation and referred to a healthcare facility when necessary.

Is there a particular story you would like to tell us about the battle against COVID?
In the province of Free State, the day after training, a community health worker was vaccinated and he went up to the local leader and asked him to convene an urgent community meeting to talk to people about the importance of adhering to the COVID-19 prevention measures. It may seem trivial, but to me, this shows the immediate translation of knowledge into practice and I find it rather stimulating.