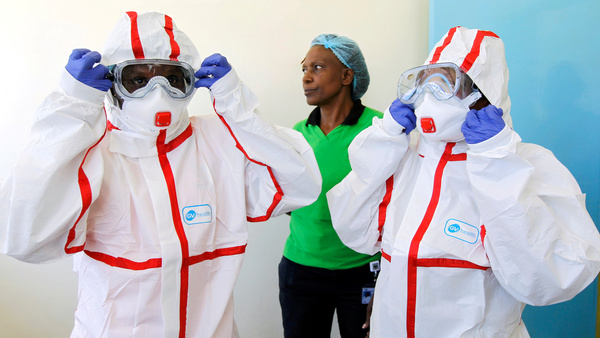 Africa has reported a new spike in cases. There have been over 2000 confirmed cases of COVID-19 in the past 24 hours. There has also been an increase in critical cases.

The data was reported by the African Union Center of Disease Control and prevention (CDC), updating the total number of confirmed cases to 44,483 to date.

Lesotho remains the only country where confirmed cases have not been reported. The number of deaths has also risen to over 1,800 due to complications related to COVID-19, while 14,921 people have recovered.

North Africa is the hardest hit with 16,900 confirmed cases followed by West Africa with 11,900 positive cases and the south with 7,200 cases. The country that has reported the highest number of deaths is Algeria, 463 victims, followed by Egypt with 429, and South Africa with 131.

“We should fight the virus with speed and efficiency,” said Head of African CDC John Nkengasong to the press agency, Anadolu. “We have to win it. We are already losing 1 million people to Malaria and tuberculosis each year. We should not lose another millions to this virus.” Nkengasong added.