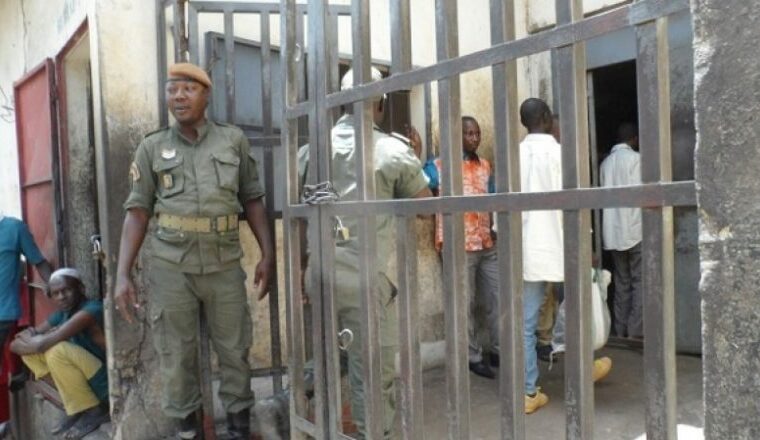 We are hearing confused and alarming news about the spread of COVID-19 in prisons in Cameroon.

At least one inmate at Kondengui prison in Yaoundé tested positive to a swab and was transferred to hospital.

Two other prisoners died shortly after their release.

But the numbers may be much higher. An inmate at Kondengui told Amnesty International that there are many sick prisoners that don’t know how they are being contaminated. Prisoners are afraid to go to the infirmary because there are many confirmed cases there. Anyone presenting symptoms is given a ginger and garlic-based beverage.

In a letter to the Ministry of Justice, a group of inmates denounced that the infirmary was “overcrowded with prisoners” and that the healthcare staff couldn’t handle the situation.

The additional measures in response to the COVID-19 issued by the government on 15 April included the release of hundreds of prisoners: 831 were released just in the Far North.

Overcrowded prisons remains a grim reality. Occupancy rates reach 432 % in Kondengui, 729% in the Bertoua prison, 481% Sangmelima Prison and 567% in Kumba.

Like many other cases, de-crowding did not include prisoners of conscious, including Mamadou Mota, vice-president of opposition party MRC (the Cameroon Renaissance Movement); Mancho Bibixy Tse, who is serving a 25 year sentence for having taken part in a peaceful protest against the marginalization of English-speaking provinces in Cameroon; Amadou Vamoulke, 70 years old, in bad health, former director of the State TV, who has been detained since 2016; and more recently Franck Boumadjieu, a political activist who denounced the silence of President Paul Biya since the start of the pandemic.