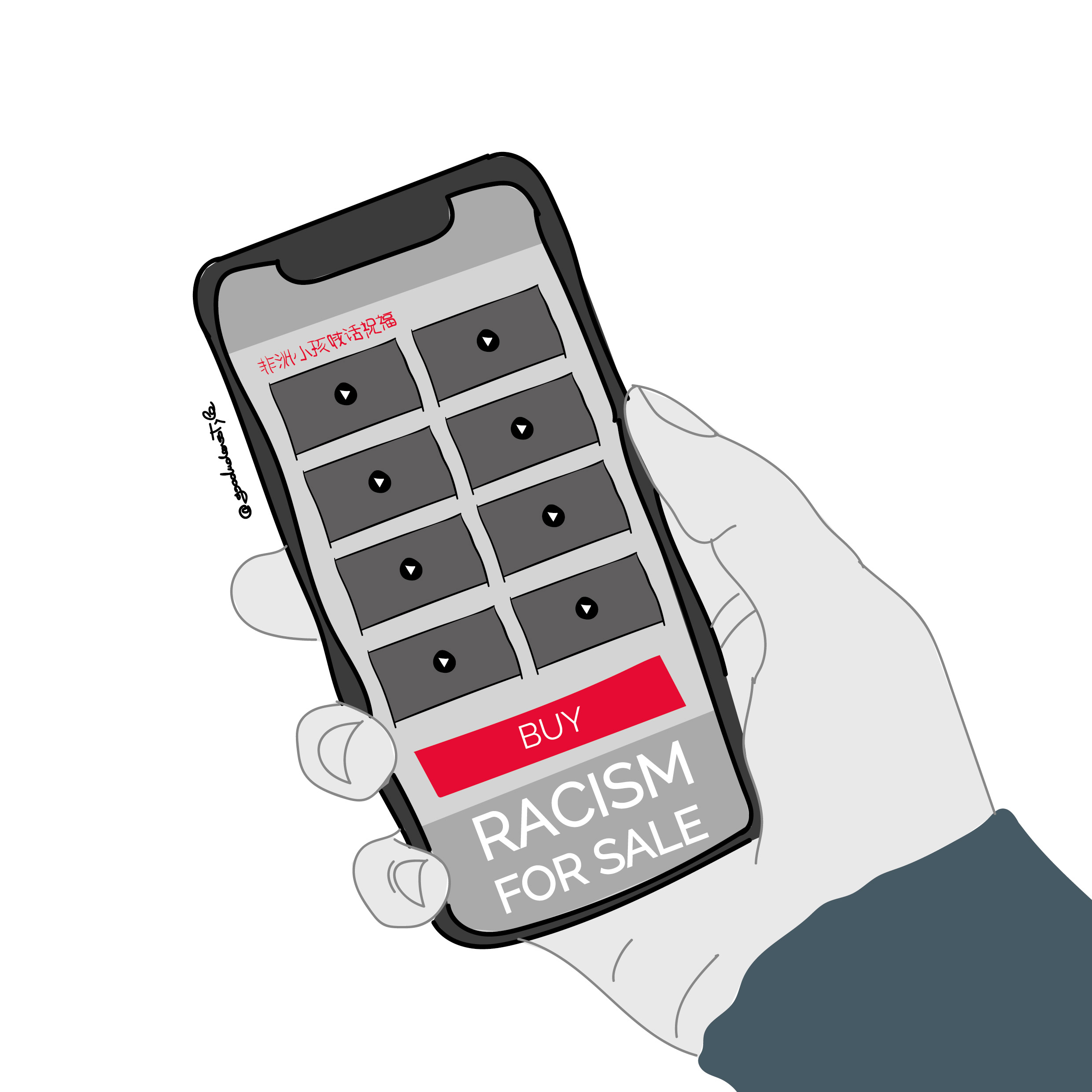 A BBC Africa investigation by journalist Runako Celina and Malawi investigative reporter Henry Mhango has exposed a Chinese video production company profiting from the exploitation of children in Malawi. The documentary tracks the investigation following a Com plaint by Ghanaian youtuber Wode Maya, who in 2020 reported on a video posted online, in which some children appeared repeating sentences in Chinese, where they described themselves as “low-IQ monsters.”

‘Racism for Sale’ was born precisely from the investigative need to find out where this video was shot and by whom. Instantly emerging was a web market based in China and supported by a huge network of financiers who managed the business of these videos. A simple online search was enough to land on Facebook pages that linked to websites where videos are sold for hundreds of dollars. Some of the videos identified as part of the investigation were sold on the Chinese social media sites Weibo and Huoshan. These videos feature hungry children being waved potato chips before them, others swearing to remain in Africa or promoting the beauty of Chinese skin colour. It is the tip of an iceberg under which lurks the danger of a black market managing to sell videos with more explicit and child pornography content on the dark web.

However, back to the question, where was this content shot? Technology provided the answer. Thanks to the images taken from the videos, the reporters were able to trace their location to the village of Lilongwe in Malawi. Upon an inspection of the village, it was immediately clear that it was an organization running a market based on child exploitation. By interviewing residents, it turned out that the video production had been disguised as a charity project, a school where children were taught Chinese language and culture by making “funny” videos, which were then paid half a dollar a day. Thanks to the collaboration of an undercover Chinese journalist who pretended to be interested in buying the videos, the investigation finally got on the trail of Lu Ke, who on hidden cameras has confirmed he is the one making the videos. In the footage, the man confesses earning tens of thousands of dollars a day through the exploitation of vulnerable children and having no respect or pity for them. The thesis was confirmed by the testimonies of some of the children, who revealed they suffered physical violence whenever they made mistakes, proving that this “school” was anything but a place to study Chinese culture. All of this has to be placed in the context of China’s colonialist vision in Africa, a colonialism that looks soft on the surface but actually hides all the connotations of classic colonialism, and among these is certainly racism