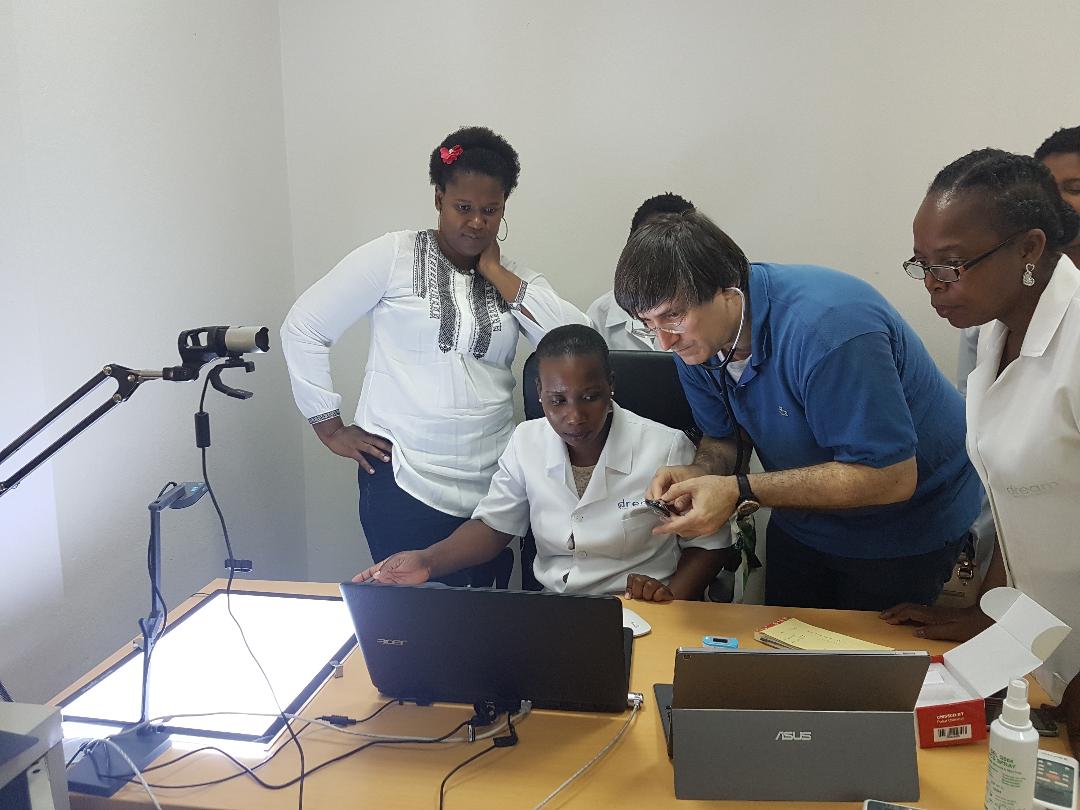 “Where are you? Cairo? Ok. Even if you’re not feeling ill, you should go immediately to the Elite Medical Service”.

From the heart of Trastevere, Michelangelo (or Michele, depending on position and mood) Bartolo is on the phone speaking with extreme calm. He does not give the religious Coptic calling from Egypt an option: go immediately to hospital. His pacemaker indicated a serious disorder and without immediate intervention, his hopes of living are flickering out.

This is how telemedicine works, of which the Roman doctor is precursor-inventor.

When the conversation ends, he explains, “This patient was fitted with a pacemaker at the San Giovanni Hospital in Rome and he is monitored daily. This morning they noticed it was in fibrillation and they called him right away. But he’s in Egypt. So, we sent him to the Global Health Telemedicine (GHT) center. They sent me his test results and in Rome we made a diagnosis and arranged the therapy.”

Michelangelo Bartolo, 55, has been traveling far and wide in Africa for 20 years. A doctor, a “repentant angiologist” as he calls himself, has written books in which he talks about his experiences as a “traveling doctor” between Togo, Mozambique, Malawi, Central Africa, Ethiopia and other countries in the area. His mix of somewhat paradoxical anecdotes to Western eyes and stories of undertakings, at times even dangerous, to get medicine to villages in the middle of nowhere, offer a point of view about Africa that is if not unique, highly unusual.

Bartolo left for Africa on his own intuition in 2008 and founded the GHT in 2013. “There was barely anyone there. Now the NPO counts 220 medical referral specialists, 42 centers in 18 countries around Africa and we offer  consulting services for at least 25 medical specialties. In these past few years, we have given over 13 thousand teleconsultations,” he says with enthusiasm.

How did it begin?
“It all began in 2008 in a small cardiology facility in Aruscia, in Tanzania, at a Dream Center. An eight-year-old boy arrived, Elia. He was all crooked and had a wooden crutch. He was accompanied by his grandmother who had a CAT scan rolled up like a poster under her arm. They didn’t have a medical report, just a picture. Reports cost money in addition to the price for the CAT scan. Not everyone can afford them. And at the time, smartphones and WhatsApp didn’t exist. So, I took a photo with my BlackBerry and called a doctor in Italy via satellite for a consultation. His response was to completely change the therapeutic approach. In  short, a brief text message about the boy changed everything for him. I was happy because we had provided better medical assistance but the local doctor stopped me cold, ‘the only reason this was possible is because you’re here now with your knowledge and your Blackberry.’ From that moment on, my obsession was to offer remote treatment and assistance. That’s how GHT was established. Step by step. Finally, in 2013, along with some “hacker” friends, engineers and doctors, we created a platform that could support remote medical consultations. We received initial funding. In the end, we now have an advanced and flexible platform that has been of great support even in Italy with COVID”.

How is that?
“When the pandemic exploded, non-COVID hospitals emptied out. People stopped seeking care because they were terrified of the virus. Our flexible platform, adapted to each situation, allowed us to set up teleconsultations in Italy and a link for patients to answer a few simple questions via email, in accordance with privacy regulations, that offered rapid and efficient answers. The same procedure we use for HIV-positive patients in Africa”.

With regards to Africa, what’s happening there with COVID-19?
“Apparently, Africa has been affected very little by COVID. There are many theories as to why but none of which have been certified. They are only hypotheses. I’ll list them for you:
– There is no official data and the reality has been underestimated. However, we would have noticed if there had been cases of respiratory emergencies in our 46 centers. But it didn’t happen. There hasn’t been a respiratory emergency.
– The population is young and the sick are mostly asymptomatic.

– In Africa, many people take anti-malaria therapy and this may contribute to blocking the virus.

– Millions of people in Africa receive antiretroviral treatment for HIV and this would act as a shield against the virus.

– Some say that Black people are more protected genetically”.

Apart from COVID, what’s happening in Africa?
“The epidemiology in Africa is changing year after year. In the past, infectious diseases affected health for the most part. Malaria, HIV, Tuberculosis and to a lesser extent Ebola were the enemies to conquer. With the arrival of westernization, chronic disease have risen: diabetes, hypertension, and cardiac disease are the new killers in Africa. They are not perceived as illnesses and there is a complete lack of the notion of preventative care. Our goal now is to diffuse a system of preventative telemedicine with remote monitoring of chronic diseases”.

What can be done?
“What is fundamental is African-made telemedicine that doesn’t depend on Europe anymore. It’s already taking place. African patients send their clinical reports to their local doctors who can then ask European specialists for a second opinion. But the idea is to make African medicine more independent. In order to do this, it is essential to fortify local training by sending Italian doctors to hold on-site courses. Because, as I always say, in order to do telemedicine you have to return to the past and visit patients; ‘put your hands on’ the sick. Firsthand experience leads to asking good questions that allows you to get good answers. In the field of telemedicine, a good question can really make a difference. During every teleconsultation, there’s always a little bit of training involved because the doctor who is listening, the specialist, learns”.