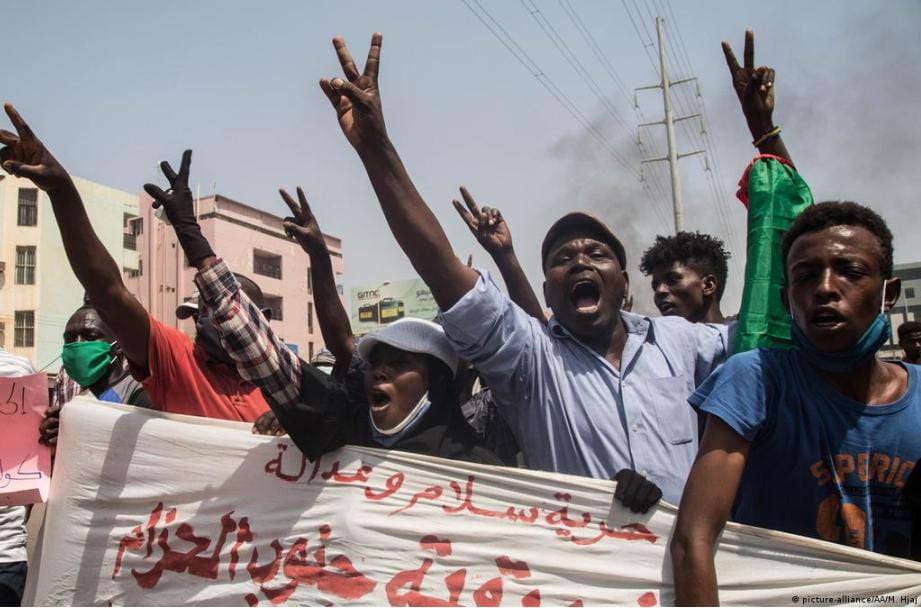 At the outset, we would like to thank you for congratulating us on the issuance of the Revolutionary Charter to establish the authority of the people.

Concerning the invitation subject of your letter; We would like to assure that the resistance committees will remain, as always, clear and transparent towards the basic issues covered by the (Revolutionary Charter for the Establishment of People’s Authority). With regard to the agenda presented by you and the nature of the meeting, we would like to point out the following:

1- The Revolutionary Charter for the Establishment of People’s Authority set a clear stance towards what you call the political process. Our position is clear towards refusing negotiation, partnership and bargaining, and our lack of recognition of the right of the Islamic Front Regime Committee to represent the Sudanese Armed Forces and discuss its role. Therefore, you can view our position on your political process within the texts of the Charter. .

2- We base the Revolutionary Charter on a liberating vision that makes discussing the Charter exclusively for Sudanese women and men only, and therefore we cannot accept discussing it as a soldier within your invitation to meet with us.

• Based on the foregoing and despite our reservations and rejection of the mechanism’s behavior in trying to find a safe way out for the putschists, despite the crimes they committed and are still committing against the Sudanese people, we welcome the meeting with you according to the following agenda:
1- Hearing and discussing your vision as representatives of regional and international peoples and governments towards supporting a future government formed democratically in accordance with the Revolutionary Pact to establish the authority of the people.

2- Your vision to address the poor response of the international community to the calls for the formation of an independent international commission of inquiry to investigate the crimes of the massacre of dispersing the sit-in of the General Command and the sit-ins of the various states of Sudan on (June 3, 2019).

3- Discussing the issues of genocide, ethnic cleansing, crimes against humanity and all the massacres that were committed in all parts of Sudan, especially in the areas of conflict and war (Darfur – Blue Nile and South Kordofan), and the position on handing over war criminals to the International Criminal Court.

4- Practical steps to address human rights violations and crimes that are still being practiced by the forces and militias of the October 25 coup against the peaceful revolutionaries.

5- Discussing your position on recovering Sudan’s funds looted by the former regime and located outside Sudan to help address the economic problems of our people and create real development.

6- Discussing the European Union’s support for the Janjaweed militia “Rapid Support” under the pretext of combating illegal immigration, which provided huge resources and financial and political cover for these militias and enabled them to continue to commit more massacres, forced displacement and crimes against civilians and defenseless citizens in various regions of Sudan, and the continued threat and loss of security, peace and safety Sudanese people.

• Finally; Upon agreeing to sit with us according to this agenda, we demand that the meeting be fully documented, audio and video, in addition to the written minutes.

Temporary Liaison Office of the Revolutionary Charter for the Establishment of People’s Power
November 15, 2022