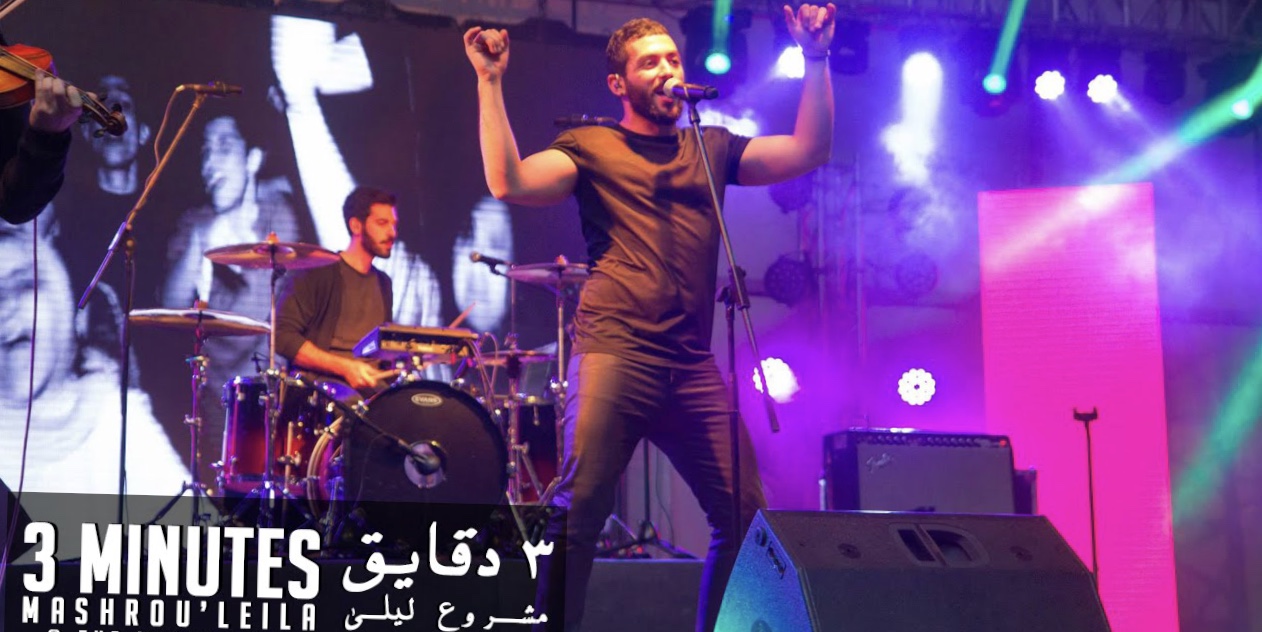 Their concert in Cairo in September 2017 was overshadowed by the intervention of the Egyptian police that arrested dozens of youths accusing them of promoting homosexuality. What was their ‘crime’? Waving rainbow banners during the band’s performance.

The arrests were the latest assault on social freedom in Egypt under President Abdel Fattah el-Sisi whose government imposed strict restrictions on freedom of speech and led an aggressive campaign against the gay community.

Photos and videos of the audience during the performance by Mashrou Leila were shared widely on social media, denouncing the repression of gay people who had participated at the event.

With an openly homosexual lead singer, Hamed Sinno, and edgy lyrics that talk about social issues and LGBTI, the rock band Mashrou’ Leila (founded in 2008 by students at the American University of Beirut) stands out on the music scene of the Arab world. But it continues to be the subject of much controversy.

This time, the band was accused of violating the sanctity of Christian symbols. On July 22, it prompted the Maronite Catholic Eparchy of Jbeil (a city north of Beirut also known as Byblos and where the band should play in a local festival on August 9) to demand the cancelation of the concertbecause “the band’s objectives and the contents of its songs, for the most part, violate religious and human values and attack the sacred symbols of Christianity.”

Last night, the Artistic Director of the festival, Naji Baz, announced that a compromise had been found after a meeting with EparchMichel Aoun. “We have reached an agreement,” he stated, “and the concert will take place as announced as long as the band holds a press conference within the next few days.”

Mashrou’ Leila will have to apologize for two songsbelieved to “violate the values of the faith”. The songs in question, “Idols” and “Djinn” – Baz clarified – will not be sung at the Byblos Festival.

The origin of the controversy is an article posted on Facebook in 2015 by Hamed Sinno that included a photo of the face of a Marian image replaced by the face of the American popstar, Madonna. The boycott campaign took off from there, fostered by a Facebook group called Jund al Rab (The Army of the Lord)that began to post Mashrou’ Leila lyrics they found offensive to Christianity.

The Lebanese Interior Security Forces declared thatthe incriminating link was later removed from the social networkand Hamed Sinno stated to Middle East Eyethat they went as far as to begin an investigation into the matter.

In any case, Mashrou’ Leila specified in a statement on July 23 that they “respected all religions and their symbols” and disputed the “distortion of the lyrics to some of the songs as false claims.” In the same press release, the band stated, “We are four Lebanese guys with different cultural and religious backgrounds united by our love of music that came to light when we were studying architecture at the American University of Beirut. All we want to do is promote art, with respect to all faiths, and honour it in the name of Lebanon.”

Lorenzo Forlani, correspondent for AGI (Agenzia Giornalistica Italiana) in Beirut, gives us precious details on protests within the Christian community and threats against the rock band. “I’m addressing the children of Byblos and Lebanon and inviting them to boycott the Mashrou’ Leila concert because it promotes promiscuity, corruption, and violates everything that is sacred,” wrote a well-known priest in the ancient Phoenician city, FatherCamille Moubarak,in a post on social media. Another religious figure, Father Abdo Abu Kasm, went even further and said that he was prepared to bring the matter before the courts. “This concert poses risks to our community,” he declared on the radio station, Voice of Lebanon.

There have also been direct and indirect threats – the members of the band live in Lebanon and the lead singer lives in New York – such as the threat by blogger,Philippe Seif, member of the nationalist right-wing party the Lebanese Phalanges, who posted, “we should break their legs before they get on stage in Byblos.”

Mashrou’ Leila is no stranger to such episodes. Following a concert in Egypt 2017, during which some people in the audience brandished a rainbow flag, authorities launched a wave of oppression against the KGBTI communityand a series of arrests. In Jordan, their concerts were cancelled in 2016 and 2017 following protests by conservative MPs.