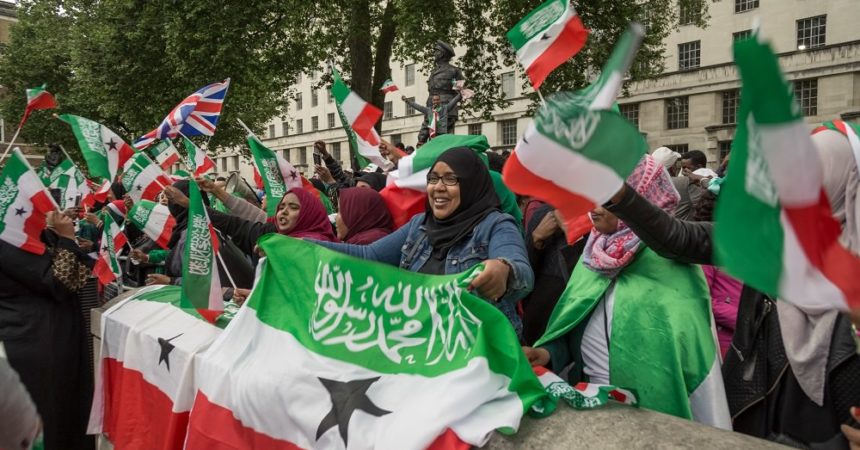 Over the past three months, according to an Amnesty International report dated July 4, the authorities in Somaliland have escalated censorship on journalists, opposition leaders and other dissenting voices, applying the Somali penal code of 1962.

On April 17, freelance journalist, Abdimalik Muse Oldon, was the first to be arrested. On June 6 he was charged with “spreading anti-national propaganda” and “disseminating false news” because he criticized President Muse Bihi Abdi on Facebook. He is being held at Hargeisa Central Prison.

A week later, on April 24, on the grounds of another Facebook post in which he expressed his doubts about the police military forces, former employee of the Ministry of the Interior, Jamal Abdi Mohamed, was arrested. On July 2 he was sentenced to six months in prison or he could pay a fine for “insulting the police” and “insulting a public officer”. He paid the fine and was released the following day.

On May 1, Mohamed Sidiiq Dhame, leader of the opposition Waddani party’s youth wing, was arrested for a post on Facebook challenging the state of emergency imposed on the Sanaag region. On June 27 he was sentenced to six months in prison for “offending the honor and prestige of the president”. He is also being held at Hargeisa Central Prison

On May 9, Mohamed Ahmed Dakool, a Member of Parliament, was arrested. He was accused of “anti-national statements” and because he questioned the “existence of Somaliland” when he opposed May 18 as a national day, in commemoration of Somaliland’s breakaway status from Somalia in 1991. He was granted parliamentary immunity and released after 39 days.

Lastly, on June 18, authorities arbitrarily suspended two privately-owned television stations, Horyaal 24 and Eryal TV, for “airing information that is a threat to national security”. The television stations began broadcasting again on June 30 after a meeting between the Ministry of Information and the two owners. To many, this is evidence of State censorship.

“Make the vote meaningful for human rights observance: Human rights manifesto for Angola ahead of…