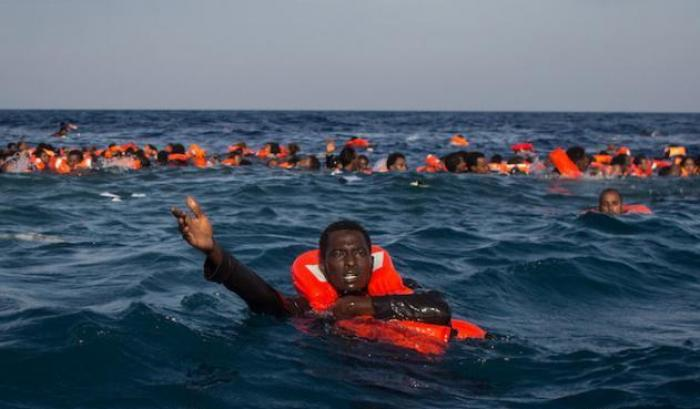 For over a year both European nationalism was defeated at the European elections and Salvini has not been the Minister of the Interior, but migrants continue to die in the Mediterranean Sea without the media uproar of some time ago. Why?

News outlets report the deaths at sea every once in a while, – over 100 in 2 days – including the shipwreck that occurred a few days ago in which Joseph, a 6-month old boy, lost his life and whose death is being investigated by the Agrigento prosecutor’s office for delayed rescue operations.

But the news only reports – and not always – the tip of the iceberg while responsibilities and observations that only a handful dare utter are shielded.

According to the International Organization for Migration in Libya, this year at least 900 people have drowned in the Mediterranean and over 11,000 were sent back to Libya where they suffer abuse and serious human rights violations and to which Italy, in primis, gives a lot of money to.

The few NGO ships left continue to rescue hundreds and hundreds of migrants but in Italy alone, six ships are blocked with the excuse that maintenance and technical upkeep in the interests of health protection must be carried out because of COVID-19.

The truth, which few dare to face bluntly, is that nationalism or not, right- or left-wing, the deaths of migrants is a blatant manifestation of Europe’s incapacity of undertaking effective action towards the implementation of a search and rescue system at sea.

This happens because Europe continues in its destructive vision of the problem of immigration as an emergency and it dumps responsibility from European country to country. What could actually make matters worse is the recent Migration Pact proposed by the European Commission wherein the development of a system of detention centers at borders is legitimized thereby making it almost impossible for migrants to claim the right to asylum.

Many seem to agree that the Commission has satisfied the priorities of the more conservative and anti-immigration Member States like Hungary, Poland and Slovenia. Even though it does not remove important safeguards of non-refoulement, guaranteed by the International Refugee Law, the Migration Pact also introduces measures that are clearly aimed at complicating the possibility for people fleeing from persecution and conflicts to seek or obtain protection in the EU. And, ultimately, an incorrect interpretation of border security has once again been given priority.

Italy is an integral part of this short-sighted European vision and at this point it doesn’t really matter that security decrees have finally been changed because, even though they are a step forward, they run the risk of being a fool’s errand.

In fact, the fine was lowered from 1 million to 50 thousand euros for the unauthorized entry in Italian waters, with the possibility of passing from an administrative to a penal charge if the judges are willing to do so.

Migrants and refugees must be kept out of Europe at all costs.