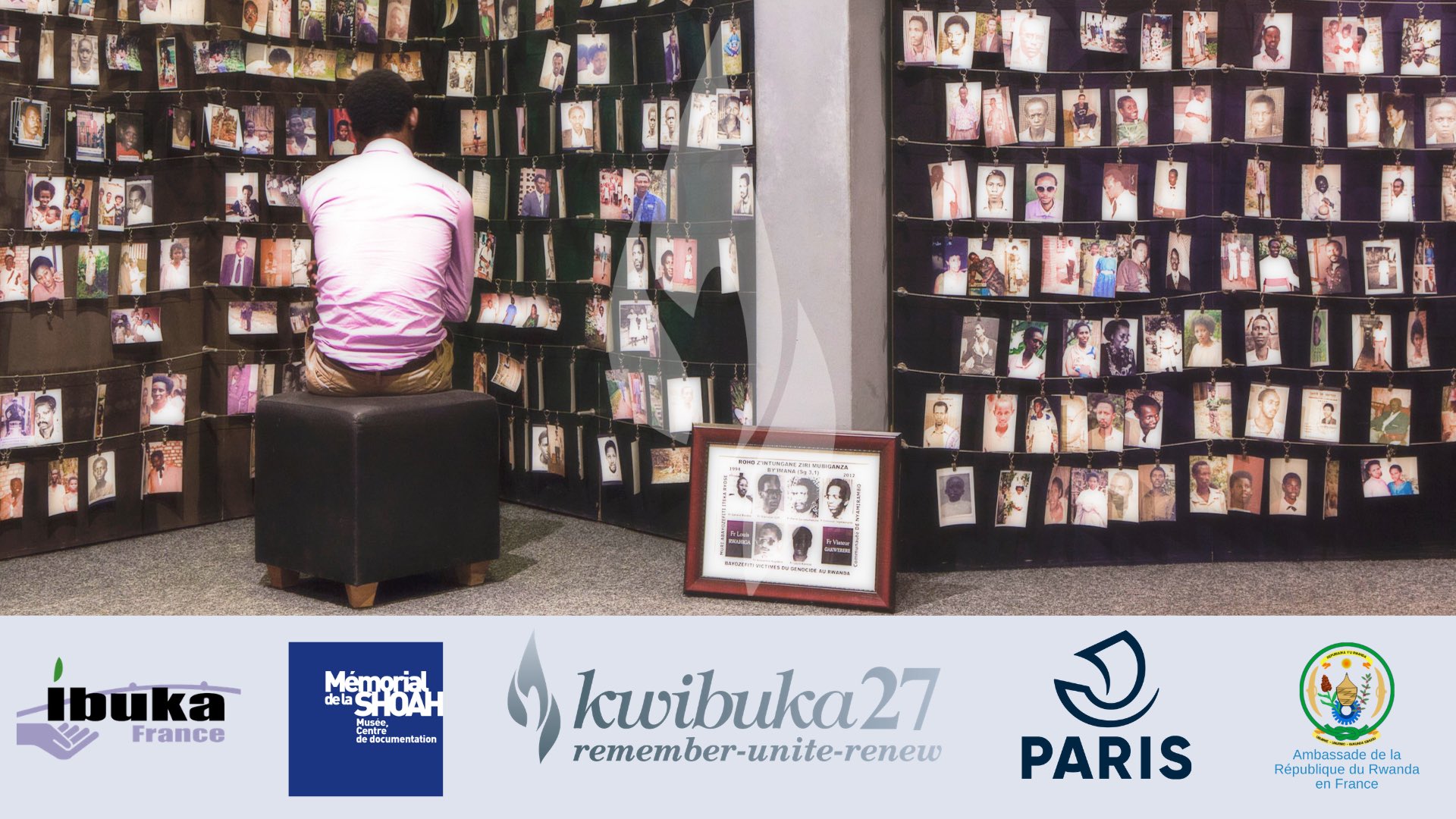 On 7 April, one of the worst horrors of the 20th century is commemorated: the genocide of the Tutsi in Rwanda. In 1994, between 800 thousand and one million people were killed in three months by the Interahamwe militia and the Hutu extremists. Today is the twentieth anniversary. In the Kinyarwanda language, this day is called Kwibuka, in memory, but it also means resilience and courage.

On 6 April 1994, a surface-to-air missile hit an airplane in which the president at the time, Juvénal Habyarimana, who had been in power with a dictatorial government since 1973, and the President of Burundi, Cyprien Ntaryamira, were traveling on their way back from peace negotiations. The massacres began immediately after under the pretext of revenge but they intensified on 7 April in Kigali and lasted for about 100 days until 15 July 1994. The violence was perpetrated by the Presidential Guard and the Interahamwe and Impuzamugambi paramilitary groups with the support of the national army.

The start of the hostilities was reported by the only radio still transmitting in the country, the extremist RTLM station, whose speaker Kantano, incited listeners to torture and kill the Tutsi “cockroaches”. It was the final result of the hate speech that had begun some time before, supported by many racial ideologies according to which the Tutsi were not seen as original inhabitants of the country but rather as usurpers that had reduced the Hutu to slavery.

The Rwandan genocide of the Tutsi was one of the bloodiest events in the 20th century and even though the death toll varies according to sources, it is still abnormally high especially if one considers that the victims were massacred with rifles, machetes (panga) and spiked clubs.

The victims were mostly members of the Tutsi ethnic group which was about 20% of the population, but the violence also struck some moderate Hutu, the largest ethnic group in the country. Officially, the genocide ended with Opération Turquoise, a humanitarian mission led by France with the support of the United Nations (UN)

However, France’s role has been criticized for years and in fact on 26 March, a commission of historians set up by the French government reported that France “bears the burden of heavy responsibilities” in the 1994 horrors: “although not complicit in the criminal acts of genocide”, France backed (especially since 1990) the openly racist dictatorial regime of President Habyarimana’. This casts a gloomy shadow on former French President François Mitterrand who had a “strong, personal and direct” relationship with President Habyarimana. The fourteen historians led by Vincent Duclert who sifted through tens of thousands of French archives in the past two years, reported that “…for a long time, France was involved with a regime that encouraged racist massacres…”.

The government of Rwanda’s response, whose President Paul Kagameha has always criticized France, was positive and sustained that the historian’s report “marks an important step toward a common understanding of the role of France in the genocide”. This morning in Le Monde, an editorial asked President Emmanuel Macron to speak to the survivors that are currently living in France, “to whom the République should apologize”.

Every year, Kwibuka is a very important day for the Rwandans and the highest moment of pathos is reached when they gather at the Gisozi memorial in Kigali and in the March of Remembrance that leads to the Amahoro stadium where the survivors tell their stories. However last year, and again this year, the celebrations were extremely reduced because of the COVID-19 pandemic so there will be commemorations on TV and Internet, candles lit in windows and other online initiatives.

One of the events is the commemoration promoted by the United Nations, in streaming on its website, beginning at 11:00 a.m. Eastern Standard Time: http://webtv.un.org/

On Zoom at 11.00 (EAT) in Addis Ababa, Ethiopia, there is a webinar promoted by the African Union. You can register here: https://zoom.us/webinar/register/WN_zafq0sXPSNGejiqENxcczQ

Friday 9 April, from 14:00 to 17:00 there is a Zoom conference, “Déconstruire les discoursnégationnistes” with historians Hélène Dumas, Romain Poncet, Guillaume Ancel, François Graner, and Aymeric Givord. To participate, register at: https://us02web.zoom.us/meeting/register/tZIucO-orzspHNSSC3uzXrE0AUULuj328QhU

Whether live or through IT media, the commemoration isn’t a set of repetitive gestures but an occasion to reestablish the appallingly dismembered social bond with the carnage that took place over a quarter of a century ago. The period of commemoration that begins today is traditionally a moment to remember, but also a time to make a pilgrimage to the country in which each person feels their own anchors, both in family, for example ancestors, and land, because they return to the places where relatives were killed.

However, the commemoration affects all of us because, as Gaël Faye reminded us two years ago on the 25th Kwibuka, “genocide begins at school, in the media, in culture. Genocide isn’t an immediate outburst of hatred, but a long process that begins with words, simple words.”: https://youtu.be/CifLA0zoJcM