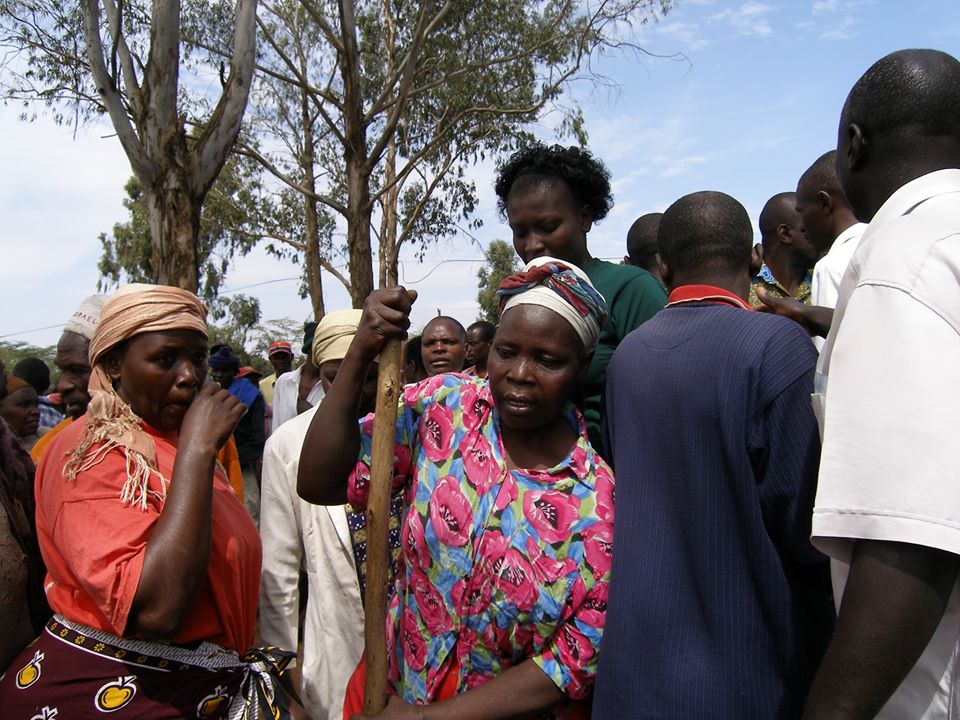 We were expecting it. The Coronavirus has come to Kenya, too. Everything happened in less than 24 hours. Yesterday morning, we were called to a meeting of those responsible for the Koinonia Community to decide what recommendations to give the children.

A few hours later, the first confirmed case was announced in Ongata Rongai, a city outside Nairobi where we have the Tone la Maji and Malbes Centers. The woman had re-entered from the USA a few days earlier. Last week, while I was in Zambia, a friend of mine from Rome who works with a project near Tone la Maji wrote to me, moved by the prayers our children said for the sick in Italy.

Later in the afternoon, after mass with at the Kivuli Centre, I once again told the children how they have to behave. It’s difficult to explain “social distancing”. As I speak, I believe it will be difficult to change lifestyle in Kivuli, the largest center for youth activities in our large neighborhood. In addition to the resident children, there are also many activities [for youths in the surrounding area]; from the community radio to youth groups, from computer courses to wood carving, as well as the clinic, the recording studio, the basketball team and the offices of some of the more prominent NGOs.

Stay home? What home? It’s almost impossible to seal up Kivuli. Over 1000 people carry out various activities here every day. Maybe we can manage without some of the activities. But what if we have to close the school? Where will the neighborhood children go?

When I turn my cell phone back on, messages start coming in: soccer championship shut down (our team, Shalom Yassets is first in our division!), public gatherings cancelled, the local stock market is closed, supermarkets have been stormed and liquid soap has vanished from the shelves… There’s even an order to disinfect all the matatu at least once a day.

I take a walk. Everything looks normal. Along 100 meters on our side of Kabiria Road, in the brick structures (about) 3 or 4 meters from the side of the road, there are 32 small businesses (carpenters, barbers, butchers, telephone repair shops, used clothing stores, a store that sells medicine (I wouldn’t go as far as to call it a pharmacy), and two churches. Then there’s the row of market stalls on the edge of road that often interfere with traffic. They sell fruit and vegetables, dried fish, phone cards, plastic buckets, used bolts and screws, and there’s a boy selling 5 pairs of used shoes – or are they stolen? The same goes for the other side of the street.

Stay home? Where’s home? Maybe it’s a room where every night blankets are lain on the floor so that everyone has a place to sleep. Shared washrooms. Water from the well. If they close the schools, where will the children go? Furthermore, if people don’t get up early in the morning to open these small businesses, there won’t be anything on the table in the evening. There won’t be enough money by the end of the month to pay the rent.

I see Peter, the man who lights a fire pit near the Kivuli gate every morning and roasts corncobs for passersby. He’s lucky if he earns 50 or 60 shillings a day, half a euro. “If you can’t be on the street, what are you going to do?” He shakes his head and laughs. He doesn’t even want to think about it.

I’m writing at four o’clock in the morning. The social networks post unconfirmed news that there are more than 10 cases. Who will be able to access dignified treatments if they show signs of severe complications? I’m not even talking about intensive care. I take comfort in thinking that Koinonia is filled with young people; rarely victims of the Coronavirus.

President Uhuru Kenyatta announced that two more cases of Coronavirus have been confirmed and consequently, in addition to the measures taken last Friday, today, Monday 16 March, all the primary and secondary schools will be closed; on Wednesday the boarding schools will be closed, and on Friday the same for Universities and higher education facilities. For the next 30 days, the borders will be closed and only Kenyan citizens (and foreigners with work permits) can enter Kenya. Companies have been asked to get their employees to work from home. People are also asked not to use cash and to use credit cards and mobile money transfers instead. The order also calls to minimize public gatherings, religious services, funerals, weddings, and to limit travel and avoid transportation. Shopping malls have to provide customers with soap and water, or hand sterilizer, and must regularly disinfect all locations.

For the moment, some of the measures seem more like suggestions and admonitions than obligations. There has not been an explicit order to stay home.

So, we too have entered the times of the Coronavirus and, given the somewhat driving role Kenya has in this part of the world, I’m certain that similar announcements from neighboring countries will be issued within the next 24 hours, Zambia included.

This morning in Koinonia, we are having a meeting to discuss how to protect our boys and to determine what to do when the situation precipitates, as it inevitably will. For example, where will we send the students we sponsor in high schools, including our own Domus Mariae, when they shut down the schools? Almost all of them come from Kibera and Kawangware, areas with dire hygienic and sanitary situations. Usually they go “home” for the holidays, because there are no alternatives, but when confirmed cases of contagion rise, it will be like sending them to slaughter. We are not sure where our houses are placed on the government’s list, they are neither schools nor institutes. How will we isolate the children at Anita’s Home, Kivuli, and Tone la Maji when we will inevitably be asked to do so? What about the 22 children the police brought to us two weeks ago who are currently in Ndugu Mdogo because they aren’t in contact with their families of origin?

So many difficult questions.

As always, we hope the boys themselves will lead us in the right direction by telling us their problems so that together we can find the best solutions for each one of them and for everyone.

Yesterday, before the announcement, I saw the boys at Domus Mariae for mass and then the boys at Tone la Maji. Everything was still normal for them. They were worried about the closure of schools which, in fact, was announced later in the day. The younger ones, like Mwangi who is the Tone la Maji mascot (and according to him, a future soccer champion), didn’t understand and they surrounded me confused and scared and I said, “this is what I just told you not to do, don’t stick close to each other!”

My fear is that, despite the government of Kenya’s goodwill to keep the spread of the virus under control, the truth is that in Nairobi, we are heading for a solution similar to Boris Johnson’s in Great Britain: the cynical acceptance of waiting for the herd to activate immunity.