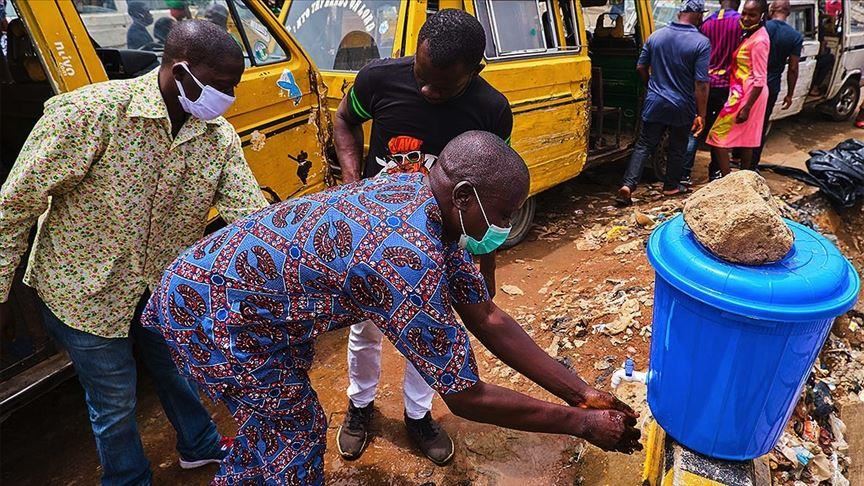 Violence does not distinguish between races nor countries and it becomes an immediate response in situations of emergency. I often wonder why it’s inherent in man but not in animals…

Coronavirus has emphasized the problems, violence and abuse that we had put to one side, perhaps for fear of facing them or because it meant a compromise to some. This is the reality in many African countries like Nigeria where acts of violence have risen during the Coronavirus epidemic. In addition to this trend, it is important to note a much more important fact: the recurrence of a “throwaway attitude” as already happened for HIV and the H5N1 avian flu, meaning that Africa has been ignored once more and left on its own in the battle against COVID-19 from both a medical point of view and the lack of diagnostic tests to detect Coronavirus, and an economic one due to the lack of treatment procedures. I hope governments don’t forget about Africans until they have to test the vaccine. Africa is the land of the future and it has great opportunities. The “throwaway” goal isn’t Africa but Africans; free thinkers and rapidly changing, they too are people who adapt but do not conform.

I can adapt, but I don’t want to conform.

I can adapt and live with the COVID-19 virus, a mask, legislative restrictions, sacrifice not hugging anyone, but I won’t conform to violence, hatred, abuse, individualism, egoism, superficiality, pride, arrogance, greed and anything else that isn’t generated by love, good relationships and coexistence between people and populations.

Aligning with violence leads us all into becoming “Judases” who betray the values of freedom, justice, truth and brotherly love. The real battle for freedom is fought with cooperation, solidarity, the union of intentions and values for the good of many others, not just a few. The only way we can truly be free and independent is through the gift of free will and the discernment of our thoughts and actions.

Great peacemakers have taught us that freedom starts from our own actions, that the real revolutions are ideals and not dictated by power and violence. Those who are aggressive and violent are filled with fear and anger. Violent men are not powerful, they are scared!

Violence in the streets must stop, verbal abuse and fearmongering on TV must stop, social media hate must stop, and let’s put a stop to information orchestrated by the media and mainstream not so much to give information but to raise viewer ratings. Fearmongering, the war on information and the various means of communicating the news create confusion, uncertainty and anger that in turn generate violence dictated by fear. Often, what scares people isn’t the fear of death, but the fear of being left alone to oneself, without social support, and a sense of solitude and impotence that generates fear for loved ones, children more than themselves.

The virus is invisible, but human beings are tangible and have physical, moral and economic needs, as well as a need for dignity that conforms in work and its weaknesses.

Acts of violence and the seed of fear are meant to uproot a vision of the future and hope, values that are inherent in human beings and are part of not only our survival instinct but also faith. Let’s not allow ourselves to be destabilized, let’s not lose hope; on the contrary, we must fight ideologically and through our faith to revive hope in a better society. Let’s not allow ourselves to be overpowered by social constraints or harassment but rather let’s continue to plant our trees of hope, truth, dignity and courage.

As Martin Luther King said, “Even if I knew that tomorrow the world would go to pieces, I would still plant my apple tree.”

Let’s take inspiration from Mahatma Gandhi, one of the greatest pacifist revolutionaries of all time, “If we could erase the”I’s” and the”Mine’s” from religion, politics, economics, etc., we shall soon be free and bring heaven upon earth. Mankind can only defeat violence only through non-violence. Hate can only be overcome by love. Responding to hate with hate only increases the magnitude and depth of hate itself.”