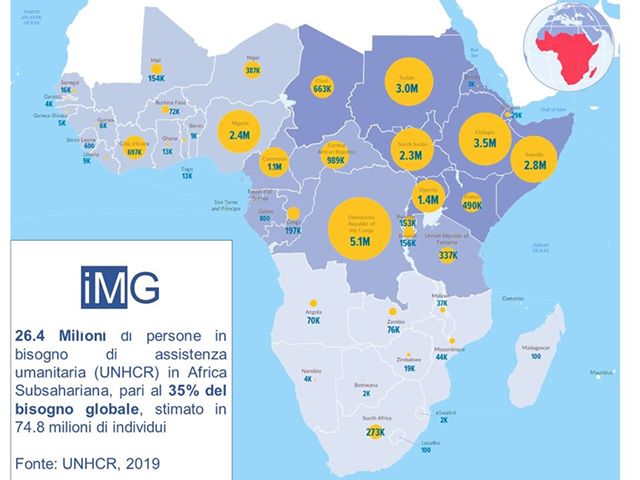 According to the UNHCR, there are 26.4 million people in Sub-Saharan Africa in need of humanitarian assistance. The figure includes refugees, asylum seekers, stateless persons and various minority groups of internally displaced people caused by conflict and natural disasters.

Sub-Saharan Africa is the top ranked region in the world with the greatest need for humanitarian assistance; 35% of the total, followed by the Middle East (20%9), South and Central America (17%) and Europe (15%). The UNHCR also highlighted the fact that three-quarters (75%) of refugees and asylum seekers from Sub-Saharan Africa come from five countries; South Sudan, the Congo, Sudan, the Central African Republic and Somalia. Meanwhile, 53% of populations of concern are being hosted by other countries in the Horn of Africa.

COVID-19, Outbreak of Pandemic in Africa in WHO and African Union Infographic

The World Health Organization (WHO) urges Africa to “wake up” to the Coronavirus threat. Director-General…

Africa is plagued by multiple emergencies, and many African countries are hit by more than…