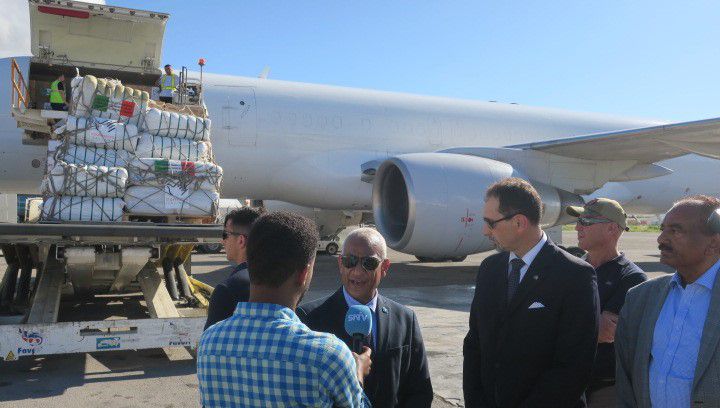 The Ministry of Foreign Affairs is keeping its promise of its commitment to Africa. Two initiatives have recently been adopted by the International Cooperation Office under the direction of Deputy Minister Emanuela Claudia Del Re. The first is a humanitarian intervention to the Somali population of the autonomous regions of Hirshabelle, Jubaland and the South West State of Somalia. The other is a second meeting held at the Ministry of Foreign Affairs and International Cooperation offices in Rome (the Farnesina) of the University Network for the Horn of Africa that saw the participation of 40 universities, institutional offices, centers for studies in international relations, and Italian and African organizations.

Few people know that there is a Mesopotamia (from the Greek, land between rivers) in Somalia similar to the better known one between the Tigris and Euphrates, the historical settlement of the extraordinary Sumerian, Assyrian and Babylonian civilizations.

Italian humanitarian intervention to the Somali population of the autonomous regions of Hirshabelle, Jubaland and the South West State of Somalia
Somalian Mesopotamia is a region between the Juba and Shabelle regions that is extremely fertile, but during the rainy season it is subject to heavy floods that have never been as devastating as the ones in the past two years as a consequence of climate change. Italy has agreed to help finance the UN project to improve the water management system between the two rivers that had been dug over thirty years ago during Siad Barre’s government. Climate change has developed earlier than the completion of the project and in recent weeks, floods have caused a dozen deaths and almost three hundred thousand displaced people; damaged homes, crops and infrastructures, and devasted all forms of economic activity. Furthermore, the hospital in  Beledweyne, the capital city of the Hiran region, west of Mogadishu, was closed. Italy readily responded and on 21 November, a humanitarian flight left the United Nations Humanitarian Response Depot (UNHRD) in Brindisi for Mogadishu, carrying 22 tons of emergency supplies and shelters including tents, hygiene kits, blankets, power generators and medical kits to prevent cholera.

When it landed in Mogadishu, the plane was received by Somalian authorities and the Italian Ambassador to Somalia, Alberto Vecchi who replaced the previous ambassador, Carlo Campanile, in mid-October.

The new ambassador has already demonstrated his commitment to the area by immediately visiting what remains of the Italian infrastructures in Mogadishu, including the Cultural Center, a.k.a. the Casa Italia, and promising prompt restructuring.

The second meeting was attended by 40 institutions from Italy and the Horn of Africa. The priority sectors on which the network, that will be based at the MAECI, will focus its activities on were discussed and identified. They include health, the environment, agribusiness and new technologies.

The Rector of the National Somali University, Prof. Mohamed Ahmed Jimale was among the guests. The assembly appointed him Honorary Coordinator of the Network, a task that will be carried out along with an Italian student that will soon be named.

Deputy Minister Del Re reiterated the need for an operational platform that assembles all the actors that already operate in the Horn of Africa in inter-university cooperation projects to prevent the dissipation of Italian initiatives and activities in the area.