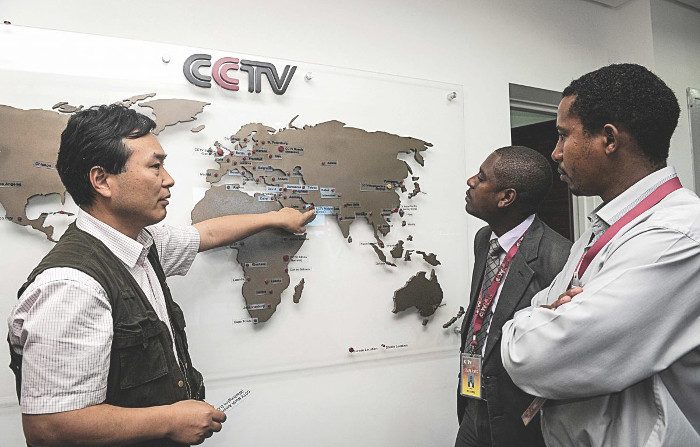 Along with a group of colleagues from various African countries, we visited over 10 regions in Chinese provinces including Shanxi and Hunan. We were struck by the extraordinary results in the country and by the development projects underway.

China is not only developing its own country, it is responsible for the lion’s share of the development in other countries around the world.

Among some of the projects I examined, the Belt and Road Initiative adopted in 2013 to improve international connections and cooperation reached its objectives in full and has had very successful results.

Furthermore, the Belt and Road Initiative proposed by China provided Africa with a huge opportunity to develop its large-scale infrastructure projects.

The Chinese government and population are achieving their dreams through commitment, hard work and  Leadership Excellence. China is working wonders and is even helping Europe to understand how to do the same.

The event was promoted by the Chinese Ministry of Foreign Affairs and held at the China Public Diplomacy Association.

The Media Exchange Program 2019 was very useful to us in understanding and exploring China more closely and getting further knowledge about the country. My China-Africa Press Center colleagues sent their respective countries written messages and photographs about China and the friendship and productive cooperation between Africa and China.

The hope is that Africa, seeing the harmonious society in China and how its people collaborate in the country’s high-quality development, will initiate a path that respects its history and, even with modest expectations for the future, follow in the footsteps of Chinese society.

Of course it won’t be easy to carry out the same giant leap forward as a country such as China, once poor but becoming a global donor and an emerging world power in medium-short term. By taking inspiration from China, a symbol of determination, Africa can aspire to taking the first steps.

As a result of the China Africa Press Center (CAPC) and China Asia Pacific Press Center (CAPPC) Program 2019 at the China International Press Communication Center presented at the end of February 2019, 50 journalists received professional training that will be useful in their respective countries.

For the past five months, journalists from the two centers received regular training in writing skills and studied Chinese culture and development. They held interviews and published over a thousand pieces. Once they have returned to their countries, this will give them the opportunity to talk about the “Chinese miracle” clearly and efficiently, and to promote culture and enthusiasm that will spur Africans to do the same.