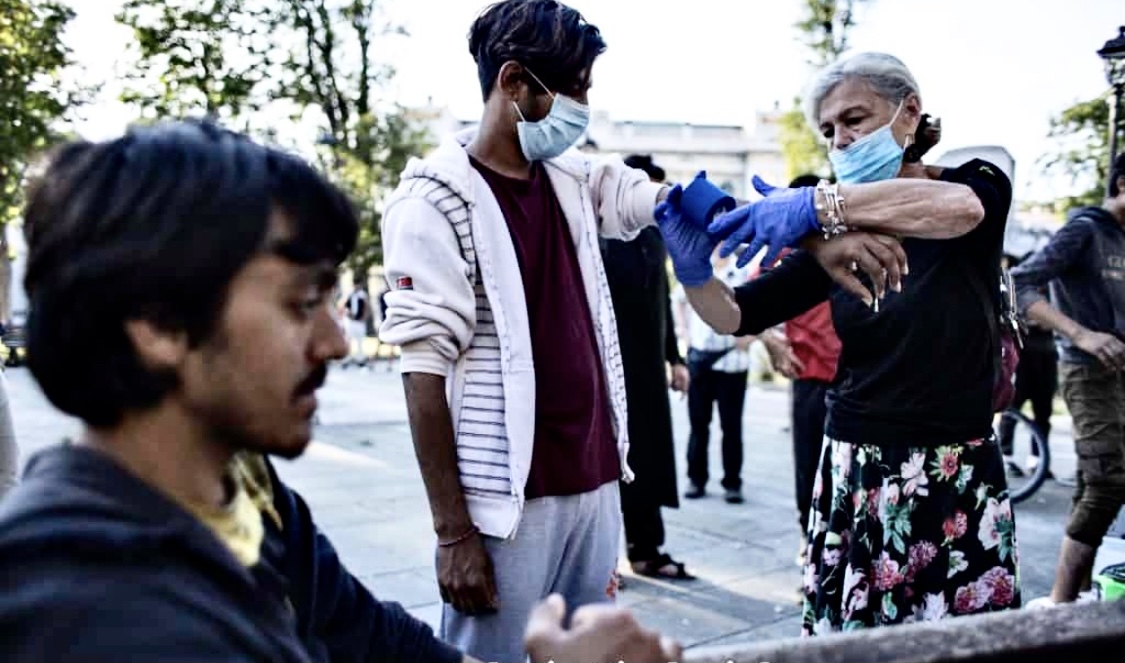 Among its more critical effects, the COVID pandemic has triggered a general state of social suspension including the interruption of most services for several months which were then slowly reactivated solely online. The lockdown and COVID emergency in Rome and Latium seriously weakened the provision of social benefits to immigrants. Registry office services, applications for healthcare services, access to treatment, school registration, requests and renewals for residence permits, mediation services, Italian courses: everything was penalised by the closure of public service offices and by the digitalization of services that had been provided for in person before the pandemic.

These are the findings in the new Idos Report on migration in the Rome-Latium area that, after 15 years, is changing name from Osservatorio Romano sulle Migrazioni (Roman Observatory on Migration) to Osservatorio sulle Migrazioni a Roma e nel Lazio (Observatory on Migration in Rome and Latium)to highlight how it extended its range of analysis with the addition of the immigrant population in all the municipalities in the Region.
The suspension of services was grafted into a demographic framework in which, due also to anti-migration policies, the number of immigrants were decreasing in Latium, too. New residence permits issued in 2019, dropped 19.4% compared to 2018. Requests for political or humanitarian asylum decreased by over half, (51.4%), as a result of the 2018/2019 “Security Decree” (which has now been amended in part). However, the renewal of other types of permits have also decreased: work (-8.0%), family (-12.3%), study (-15.1%), elective residence, religion and healthcare (-5.9%).

At the end of 2019, the number of unaccompanied immigrant minors was the lowest since 2010: only 339 were taken in by the Sistema di accoglienza e integrazione (Sai – Reception and Integration System) in Latium (4.8% of the national total) that came primarily from Egypt, Albania, Tunisia and Bangladesh.

The population of foreign residents has remained stable: 629.171 people in Latium at the beginning of 2020, just 2,423 more than the previous year (+0.4%), insufficient to counteract the decline in the overall population which was 17,376 people (-19,799 Italians, +2,423 foreigners).
During this moment of deadlock, even the Regularization Program issued in the summer of 2020 to provide undocumented migrant workers in the agriculture and home-care sectors was suspended: to date, only 5% of the 222,000 people who applied across Italy received the work permit. At first place with the delay is Rome where only 2 out of 16,000 applications were reviewed but no permit has as yet been issued, as reported by the “Ero straniero – L’umanità che fa bene” campaign.

In schools, the pandemic exasperated inequalities. Of the 80,947 non-Italian students enrolled in Latium, 51,757 of which were born in Italy (63.9%), many were isolated or excluded form distance learning. The digital divide proved to be the new frontier of disparity. In addition to this are linguistic difficulties that become a cause for marginalization in distance learning as is the rejection of migrant students who apply when the course has already begun or during the schoolyear and are not accepted for purely bureaucratic reasons. This is a very large problem if we consider that in Latium, the migrants who enrolled for the first time in 2018/2019 were 1,928, and in over 8 cases out of 10, they were put directly into high school.

Most L2 Italian language courses were also suspended including those provided for by the Centri provinciali per l’istruzione degli adulti (Cpia – Provincial Centres for Adult Education). Compared to pre-COVID, when the centres taught Italian to at least 11,000 students a year, the ScuoleMigranti (Migrant Schools) network reached only 30% capacity (3,362). It is estimated that at least 8,000 migrants in Latium have been deprived of language courses provided for by volunteers and that even public language schools suffered a significant reduction.

The other important “suspension” was in healthcare. Difficulties in accessing, basic and COVID case tracing preventions services hit the weakest the hardest, including many immigrants. In 2020, the UOSD Migrant Healthcare Services in district 1 Rome Health Offices registered a threefold increase (1,511) due to the rising demand in healthcare assistance. The greatest increase concerned filing access to the SSN (Italian Healthcare Services) and orientation and guidance for the services.
Still today, the lack of a comprehensive policy to handle COVID hinders access to healthcare and has slowed down the vaccine campaign because it is not universal and equal yet.
To alleviate these critical issues, many individuals in the private social sector and associations have put together their common strategies, even in support of public services, and proposed new and timely interventions such as teaching L” Italian by phone, support to foreign students in distance learning, local medical services, coordinated healthcare to support Roman health offices and, in collaboration with the city of Rome, the opening of two quarantine structures for asylum seekers and refugees as well as a healthcare emergency centre for homeless migrants and Italians.

In short: the distance imposed by the virus and restrictions, associations, volunteers, institutions, and public and private workers have been able to recuperate local practices and political policies that were unfortunately neglected in past years, thereby reducing isolation and marginalisation as much as possible. However now that the emergency has passed and after a year since the beginning of the pandemic, comprehensive territorial policies and structures are urgently required.

L’Osservatorio sulle Migrazioni a Roma e nel Lazio 16th edition will be presented on 15 June, at 4:00 pm in live streaming on the site www.dossierimmigrazione.it and on Idos’ YouTube channel.

Special on Migrants. What is Foreseen with the Immigration Security Decree of Cosa Published on 21 October 2020

A new 'immigration-security decree', approved by the Conte II government, has been in force since…